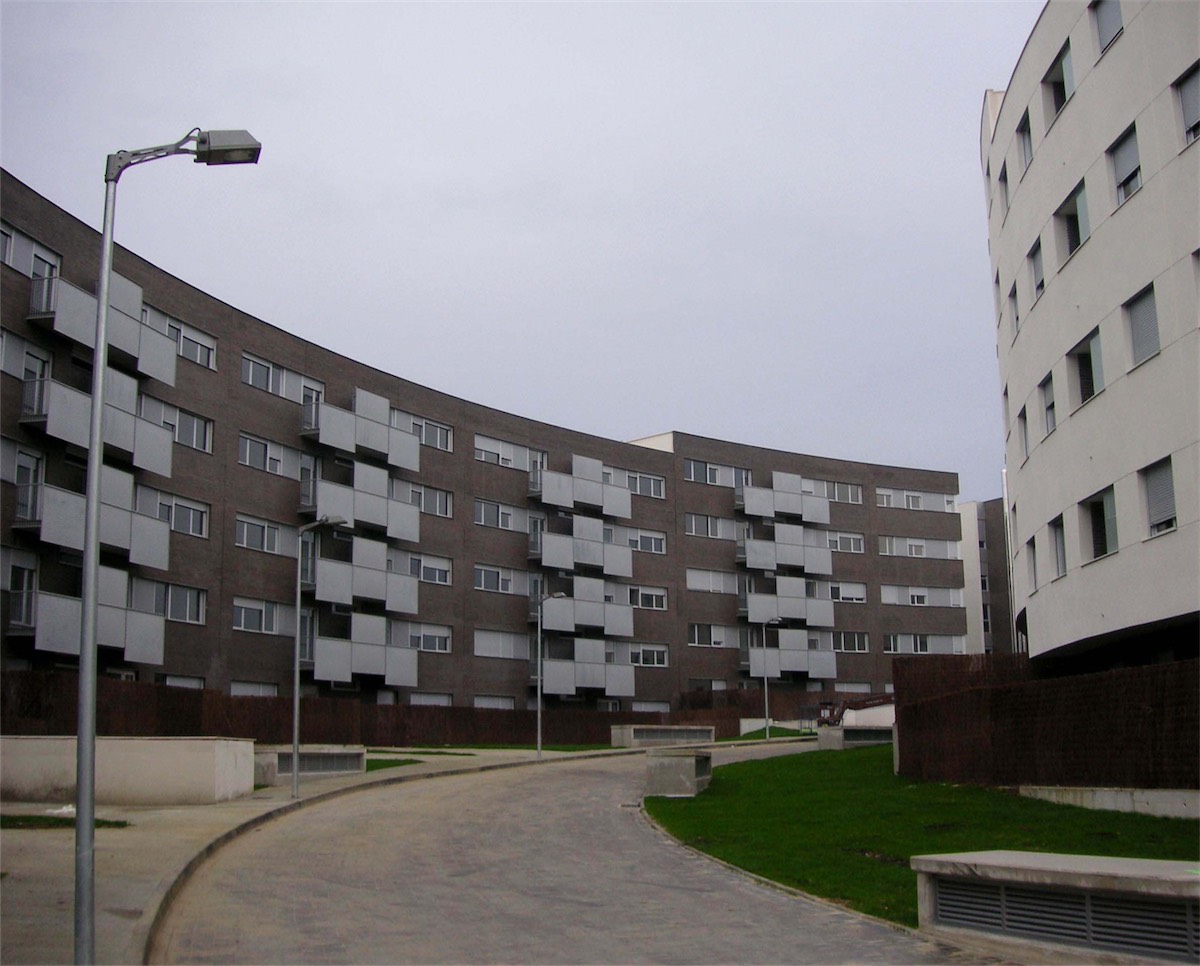 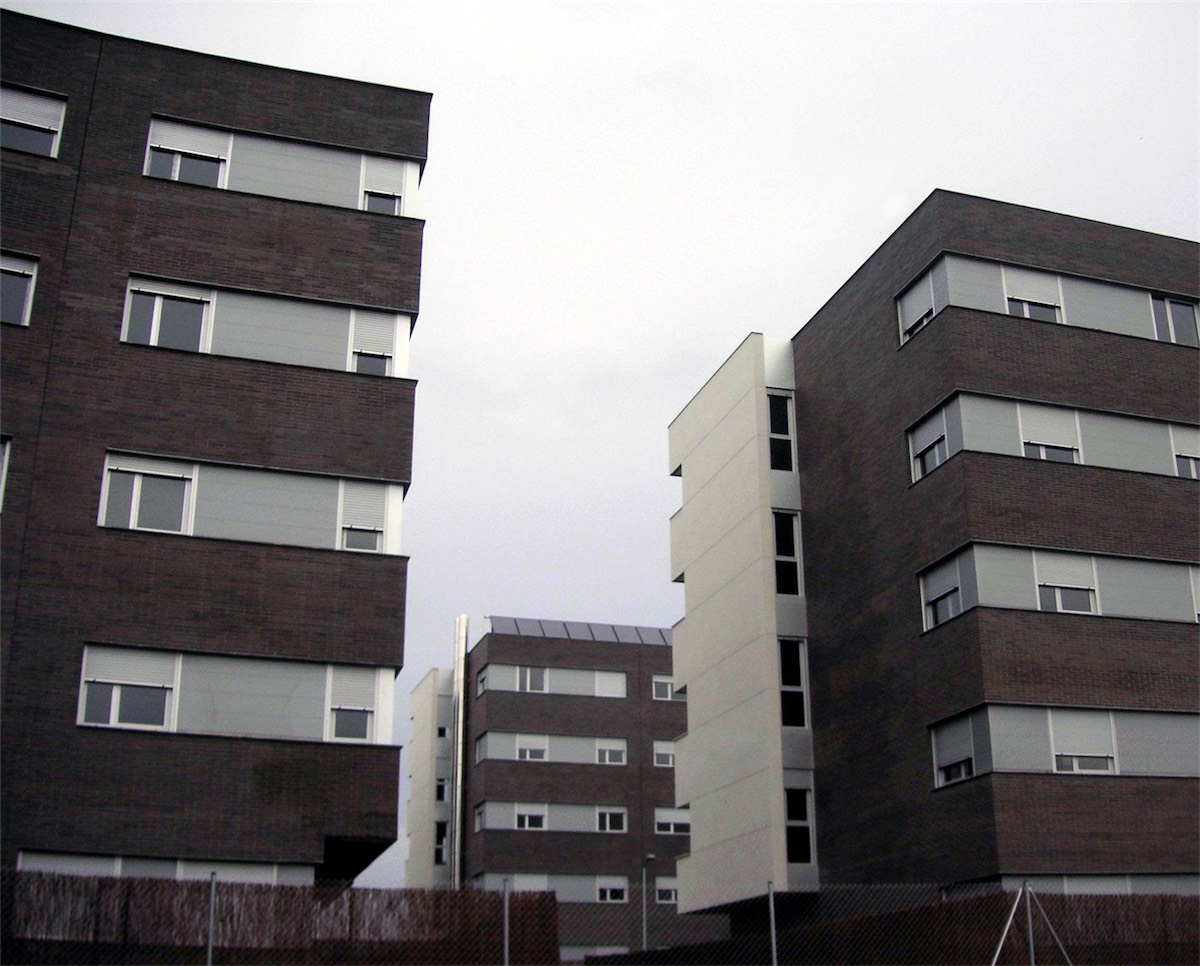 In each dwelling we can clearly distinguish the day and night zones, looking for a minimization of corridors

In each dwelling we can clearly distinguish the day and night zones, looking for a minimization of corridors

A plan was adopted that would enhance the orientation of the buildings with the day areas concentrated mainly in the east or south facing sides, and a variation of corner properties, which make full use of their location and provide a ‘volumetric excuse’ in the perception of the whole. These properties are designed to be a gesture opening out towards Sarriguren Park, creating a dialogue between the building and the surrounding area on these sides, which otherwise would just be walls.

As for the composition, the volumes resulting from adaptation to the adjoining road levels has been harmonised with the composition through the use of horizontal strips. Each group, made up of two buildings, is viewed as a whole, guaranteeing visual continuity. The loft floor has been removed, allowing open staircases to be included that provide natural light to the stair landings.

As a general premise, the aim has been to group together spaces used for the same purposes in order to avoid noise problems, minimise and economise on the interior layouts, localise wet rooms and false ceilings, group ventilation elements and drains, controlling their appearance in roofs and ground floors and below ground level.

Similarly, the aim has been to make a distinction between day and night areas, the serving and the served spaces, minimising the surface area dedicated to hallways and landings which do not make contributions to the habitability of the properties, providing the maximum surface area possible for wardrobes and storage without affecting the habitable surface area, creating an entrance hallway and an area to hang out washing that is hidden from street view.