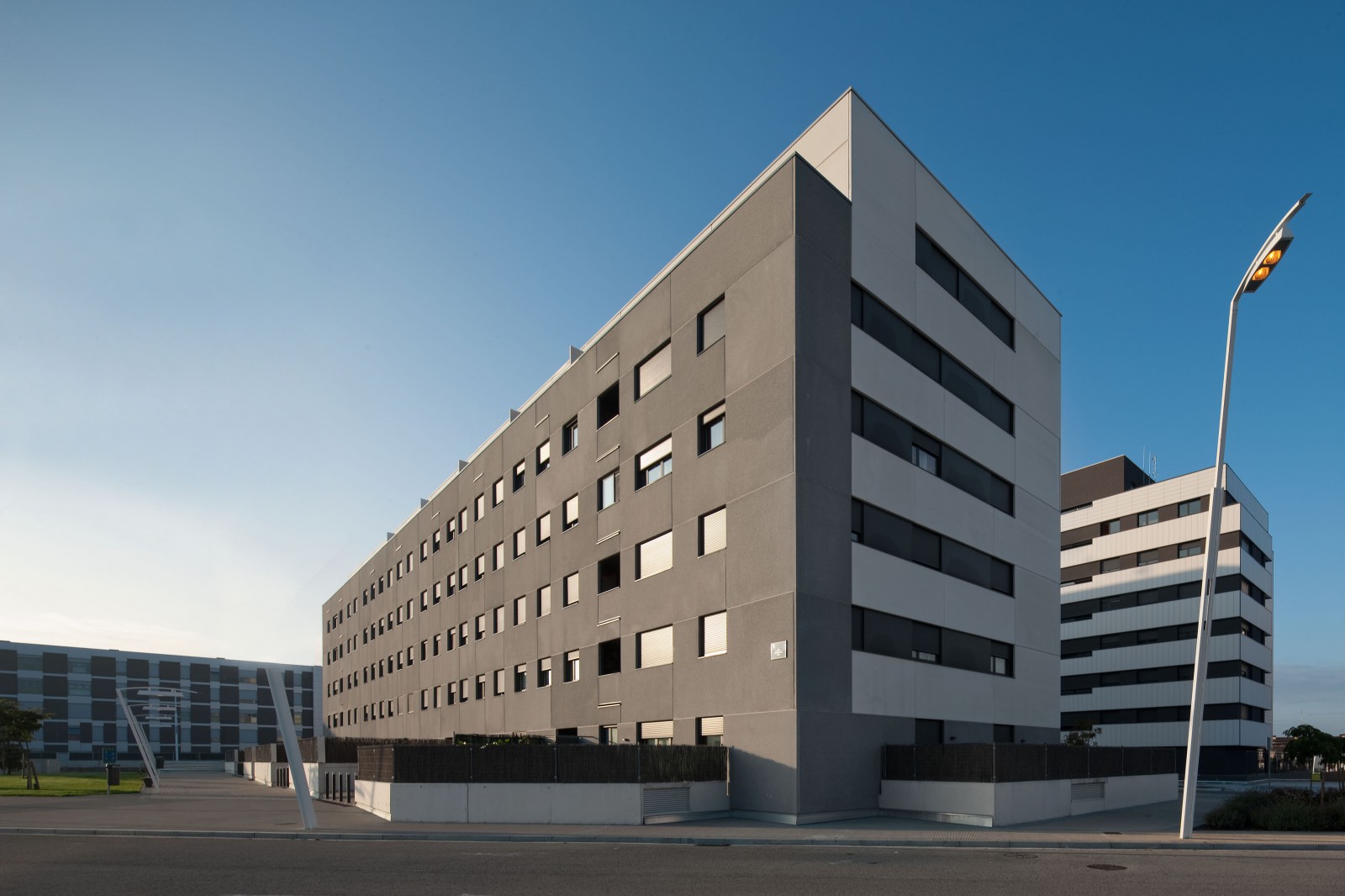 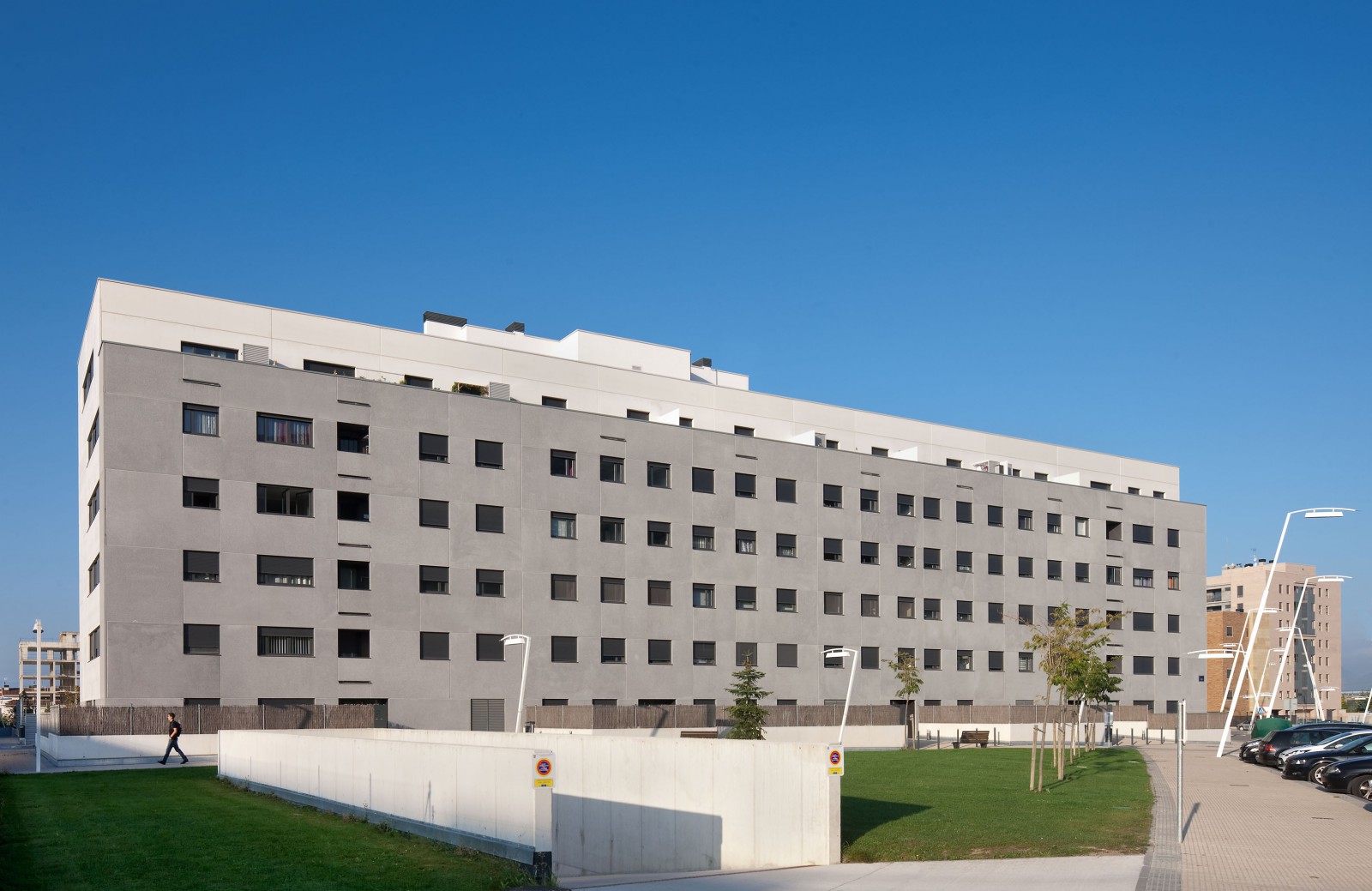 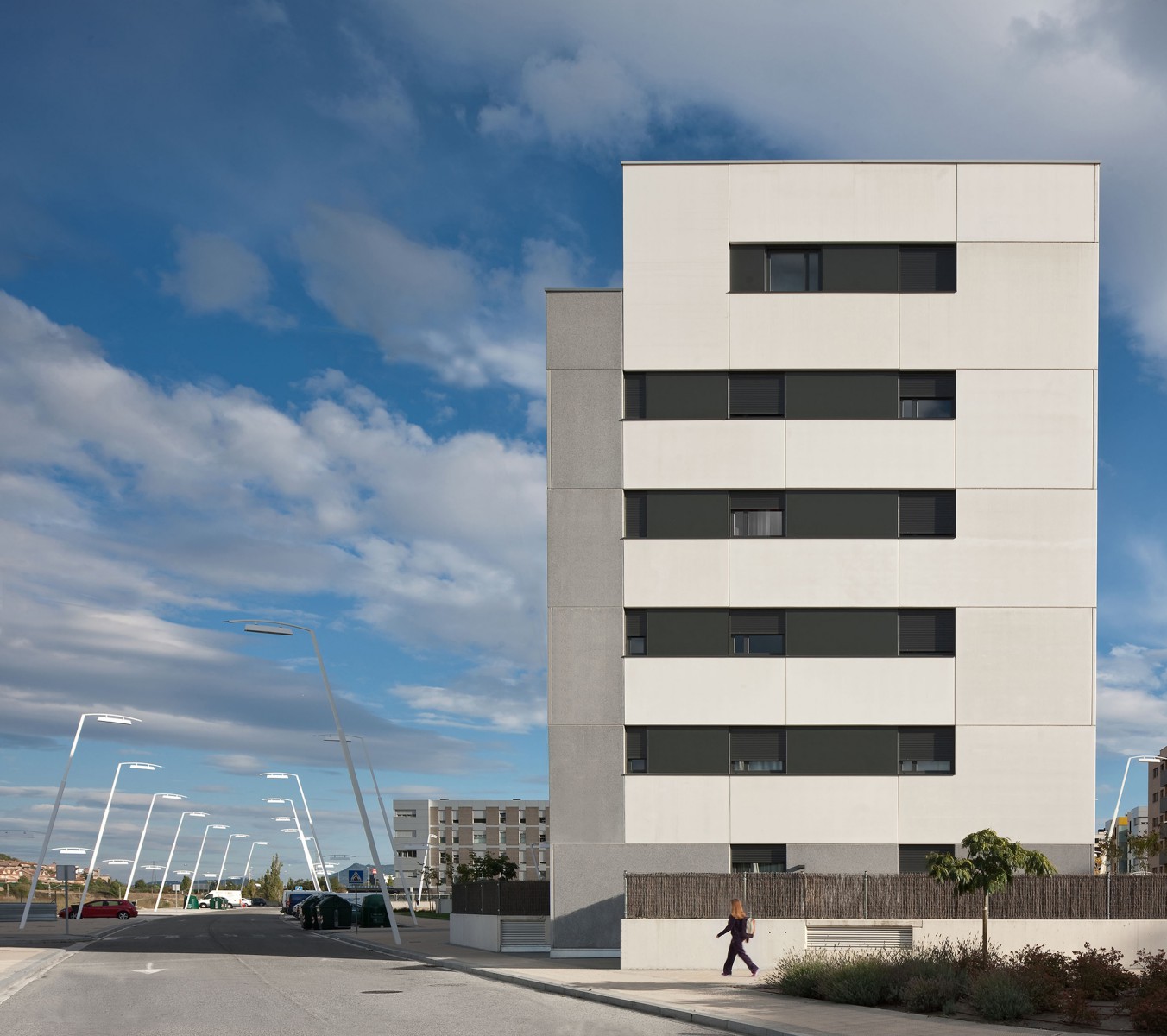 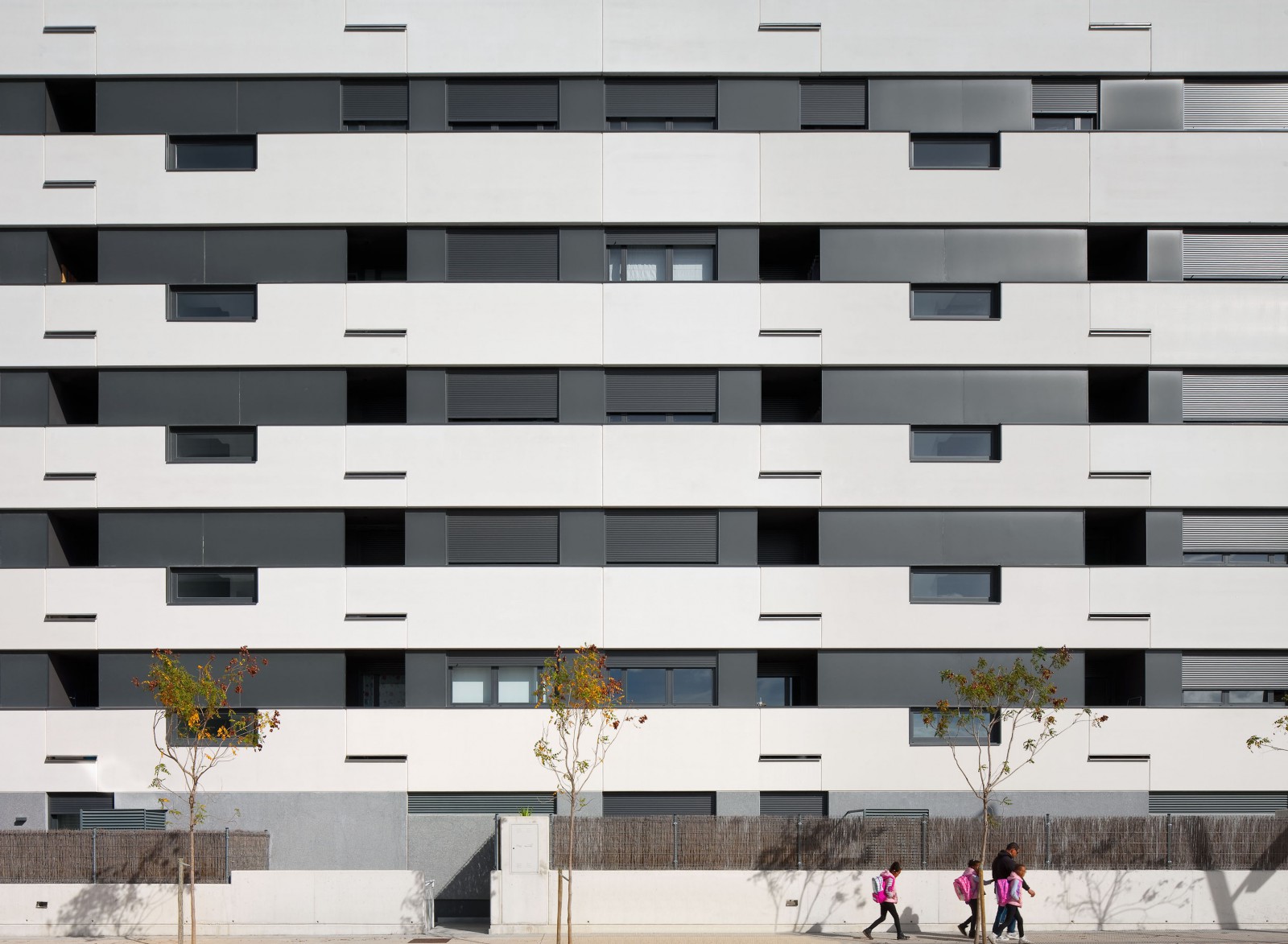 The project solves an urban limit situation. The building is considered as a dual block in which the two shades of the prefabricated elements (clear / dark) define a clear and forceful volumetry, resulting in an attractive intersection of prismatic volumes.The differentiated opening of gaps between both prisms emphasizes the differentiation of volumes, always maintaining the independent characteristics that give richness to the complex and the contrast between facades of opposite orientations.

The horizontality of the window openings integrated in the ripped hollows from the southern façade (light prism) contrasts with the image of isolated hollows, as excavated in stone, of the northern façade (dark prism), that contributes to a greater interest of the building complex. On the "main" façade of the block, the building sits on a heavy urban plinth, dialoguing with its close environment.