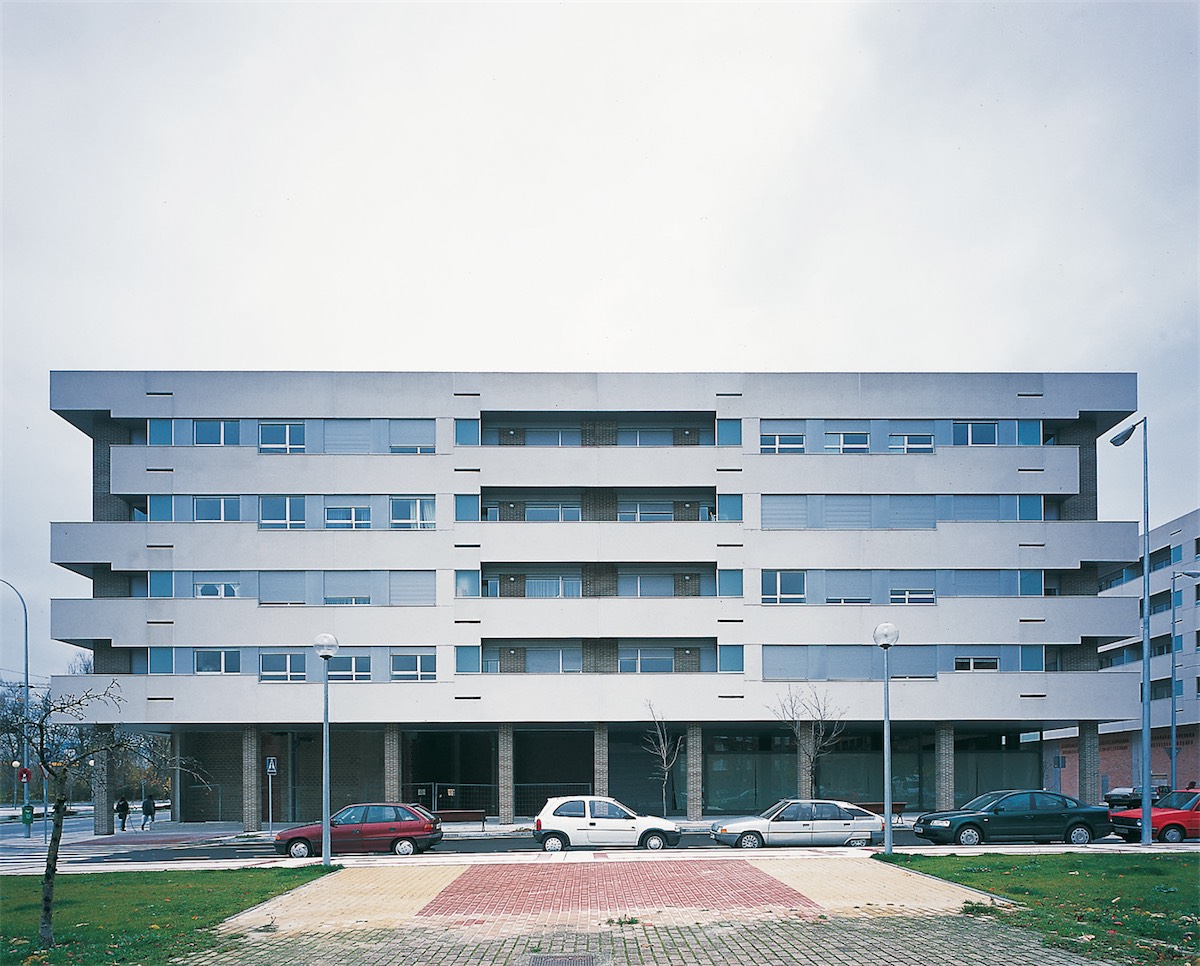 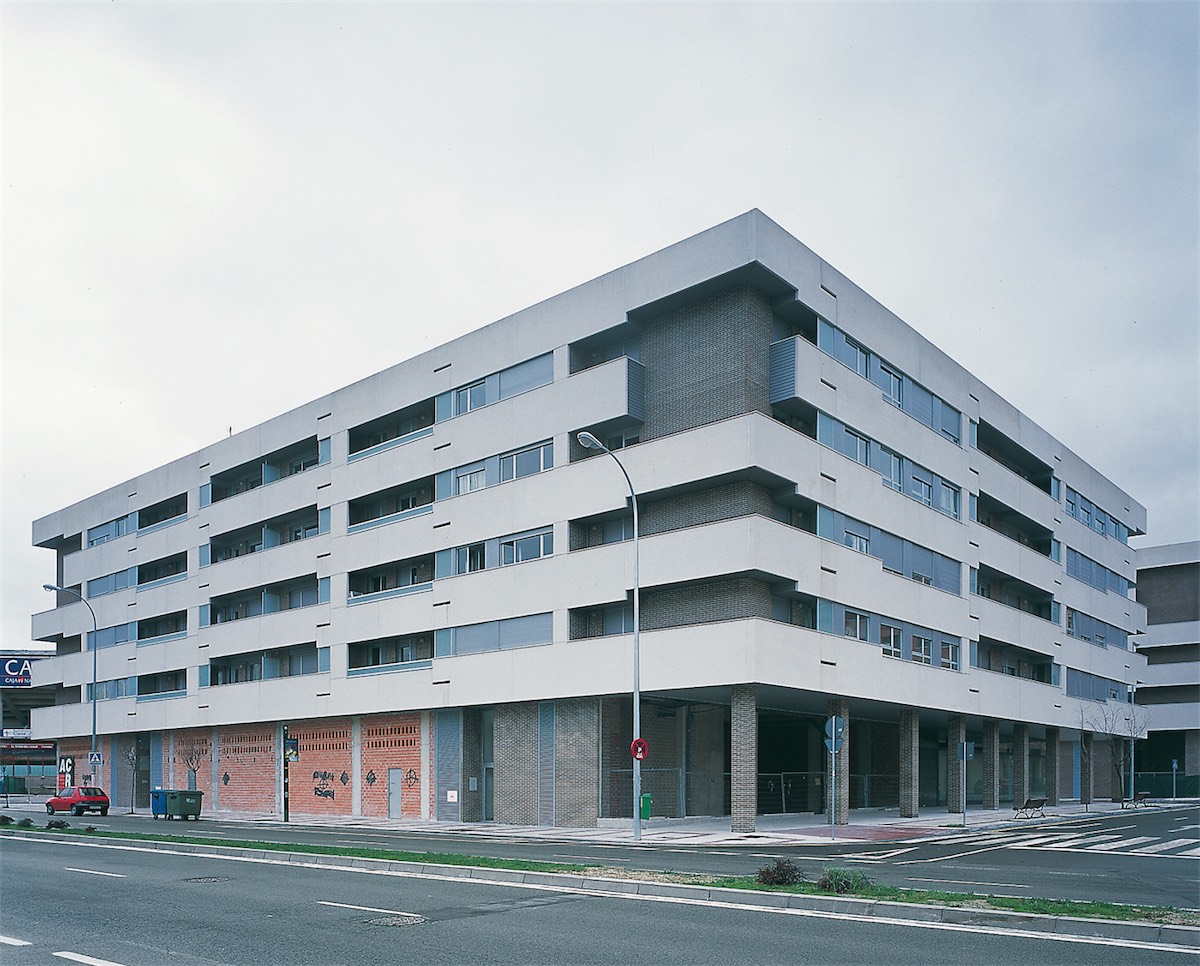 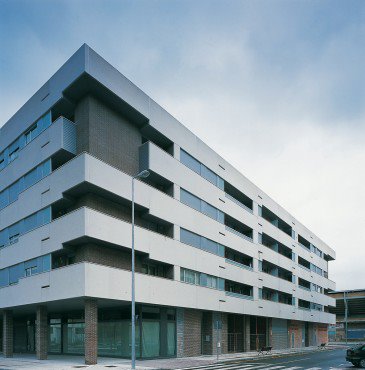 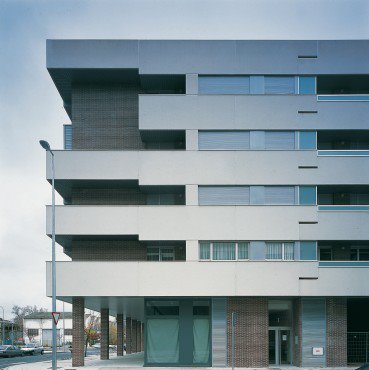 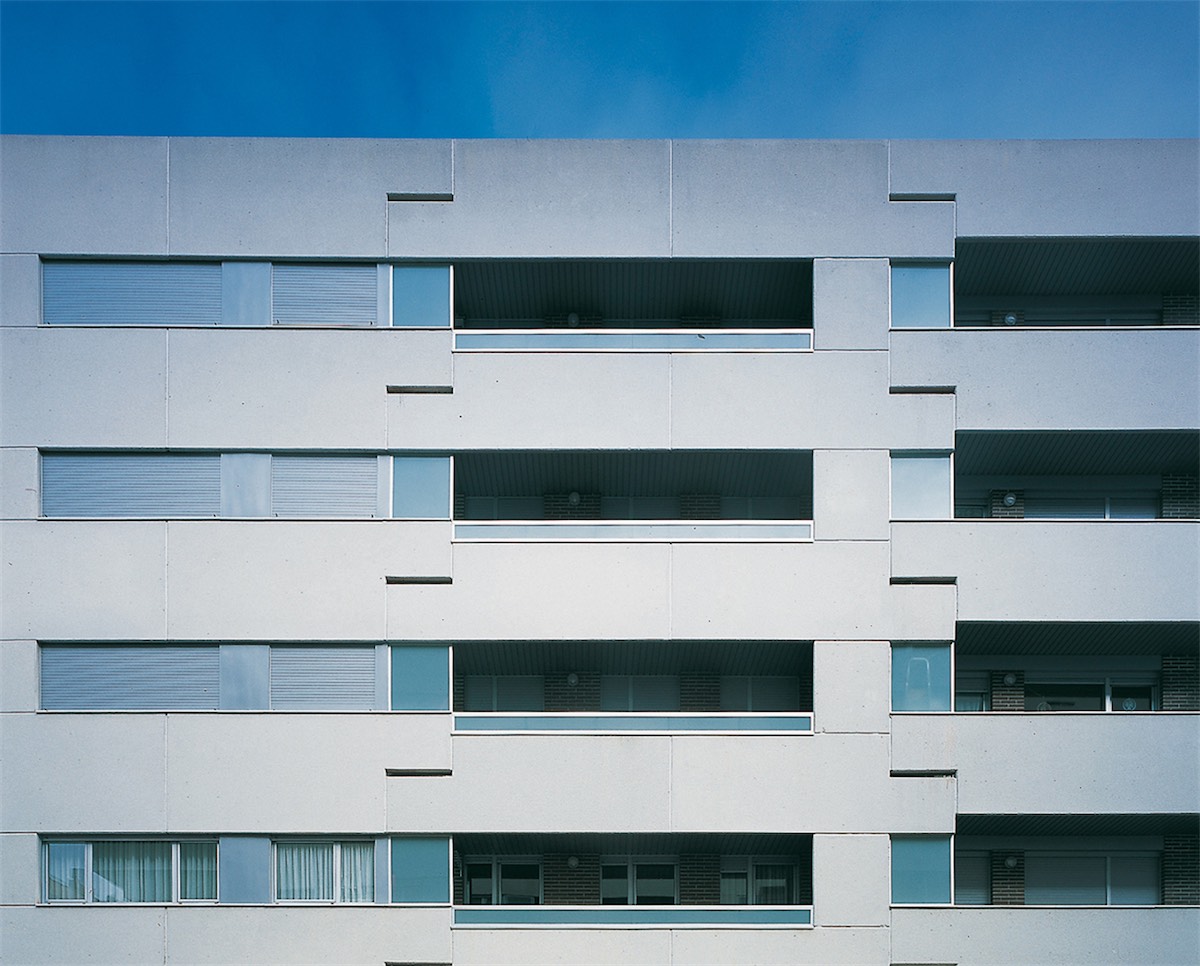 The building is inserted in the surroundings of the Public University of Navarra. These two phases culminate the development of this zone formed by two buildings that form a central space available for the users of the houses.

In the composition of the houses has dominated the intention to mark the horizontality of the block, causing a rhythm in the bands of the exterior "skin" of the building. The exterior facade cladding, made of prefabricated concrete panels, adapts to the demands of the program, adapting its design depending on the rooms or the terraces. The composition is completed with the appearance of horizontal grooves coinciding with the areas of clothes lines, which, moreover, are used as a spillway to evacuate rainwater from the terraces.

In the same way, and with the same objective, the rupture of the general volume is sought by cutting the precast concrete strips from the outer envelope at the corners on the fourth floor, exposing the "second skin" of the building, brick facing. This second inner skin descends to the street, covering the exterior walls of the access portals.