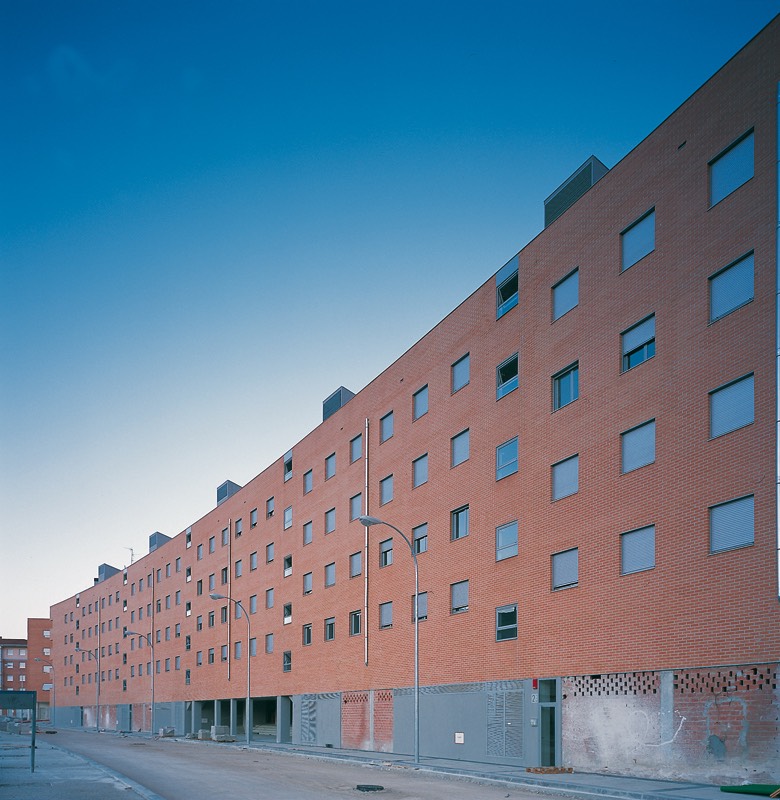 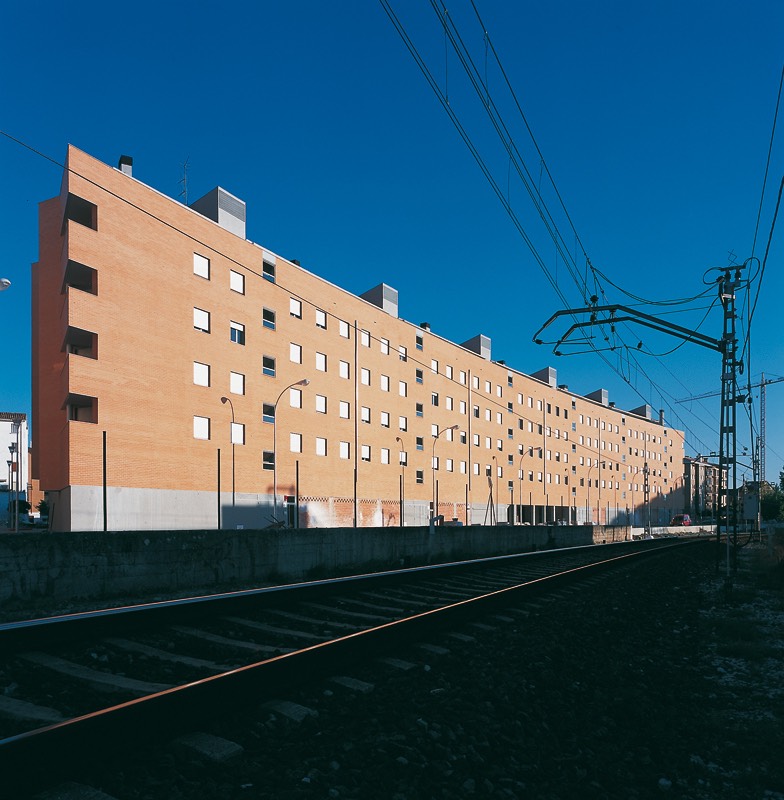 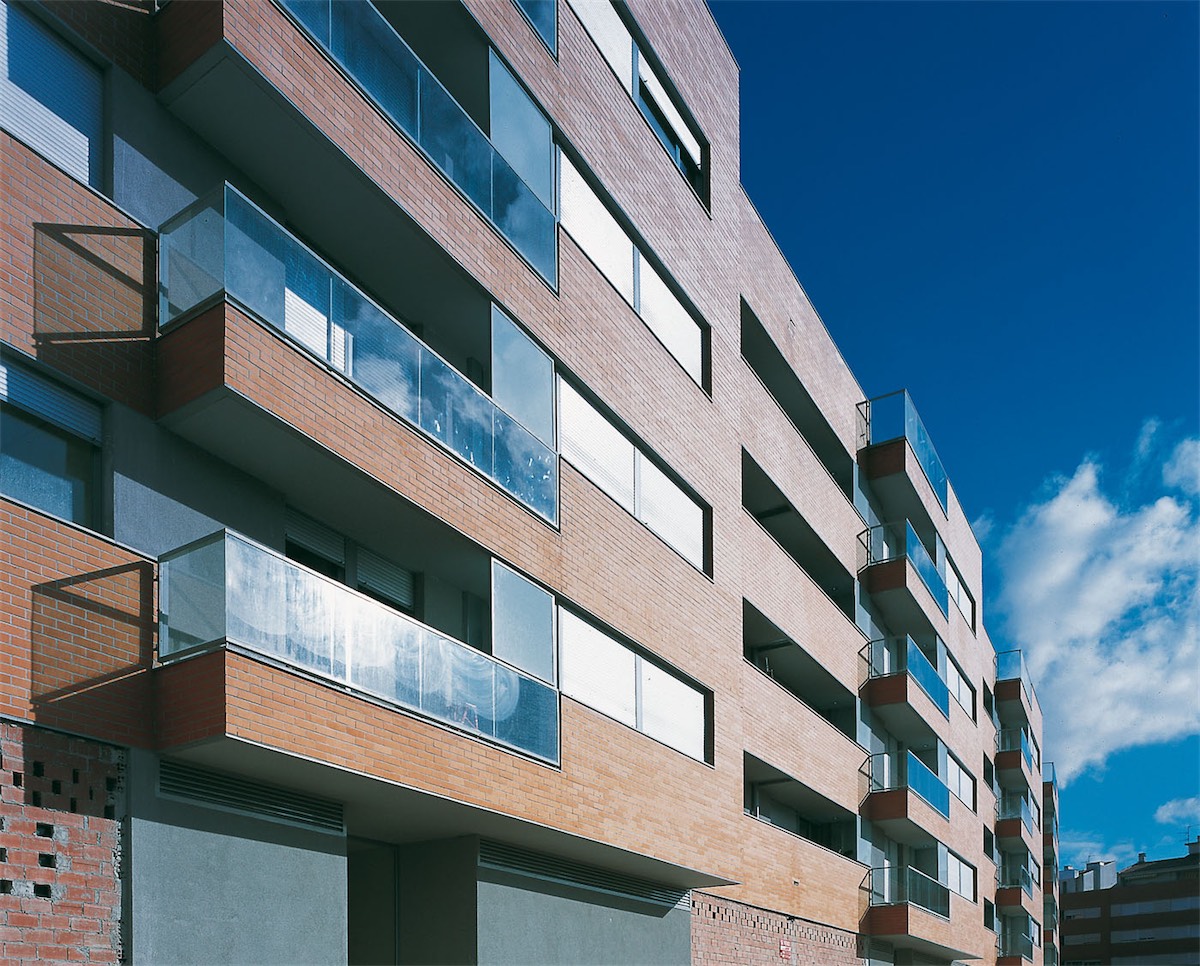 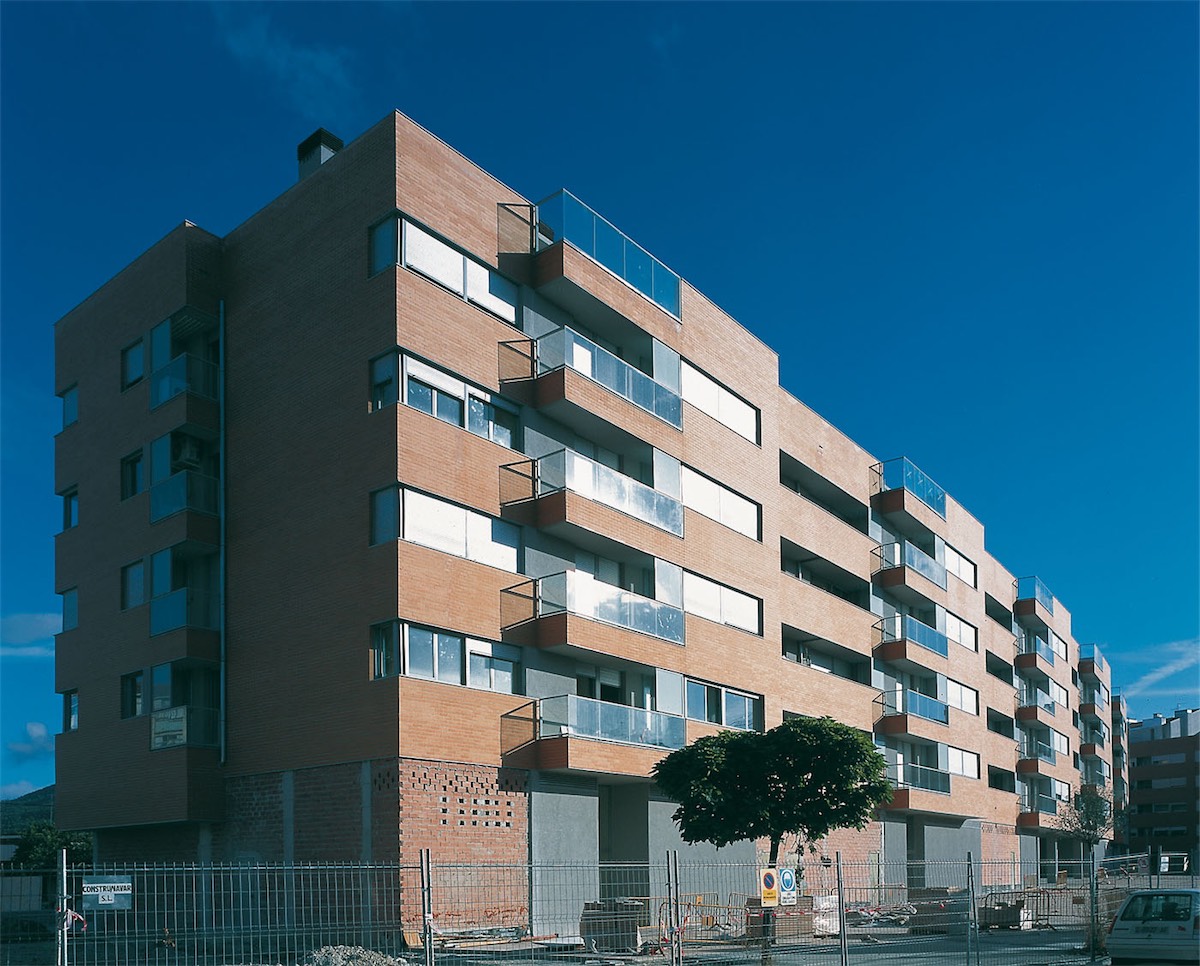 In the composition of these properties the intention to orient them towards the best views has dominated (the river, the trees through which Pamplona’s historic quarter can be glimpsed in the distance) along with the need for sun exposure on the south wall, so that none of them is solely north facing.

Another of the preponderant compositional elements has been the response to the implementation in terms of the northern-facing aspect. The convex route of the train tracks, the cold orientation and the feeling of reaching the ‘end of the city’ for everything situated beyond the railway tracks make it advisable to adopt a ‘harder’ less friendly face, with a more repetitive rhythm and lower gap/solid ratio. The equal square gaps are configured as an almost perfect grid, only broken by the module's higher rhythms of the stair shafts and their roofs, which appear above the top floor terraces.

The building presents two perfectly differentiated ‘faces’, with totally different personalities, although created using the same materials; exposed brick as the main element of expression towards the exterior, and aluminium frames. As a consequence of this differentiation between the two ‘faces’ of the building, and also the increasingly pressing need to build in accordance with criteria of environmental sustainability, the decision was made to use solutions that would foster the bioclimatic balance of the building, translated in this case into larger and more abundant wall openings on the south side, and smaller and fewer gaps in the north side, differentiation in the type of frames used in the two façades, the interposition of glazed galleries on the top floor facing north to make the most of the warm air layer effect and other more minor measures for harnessing energy.