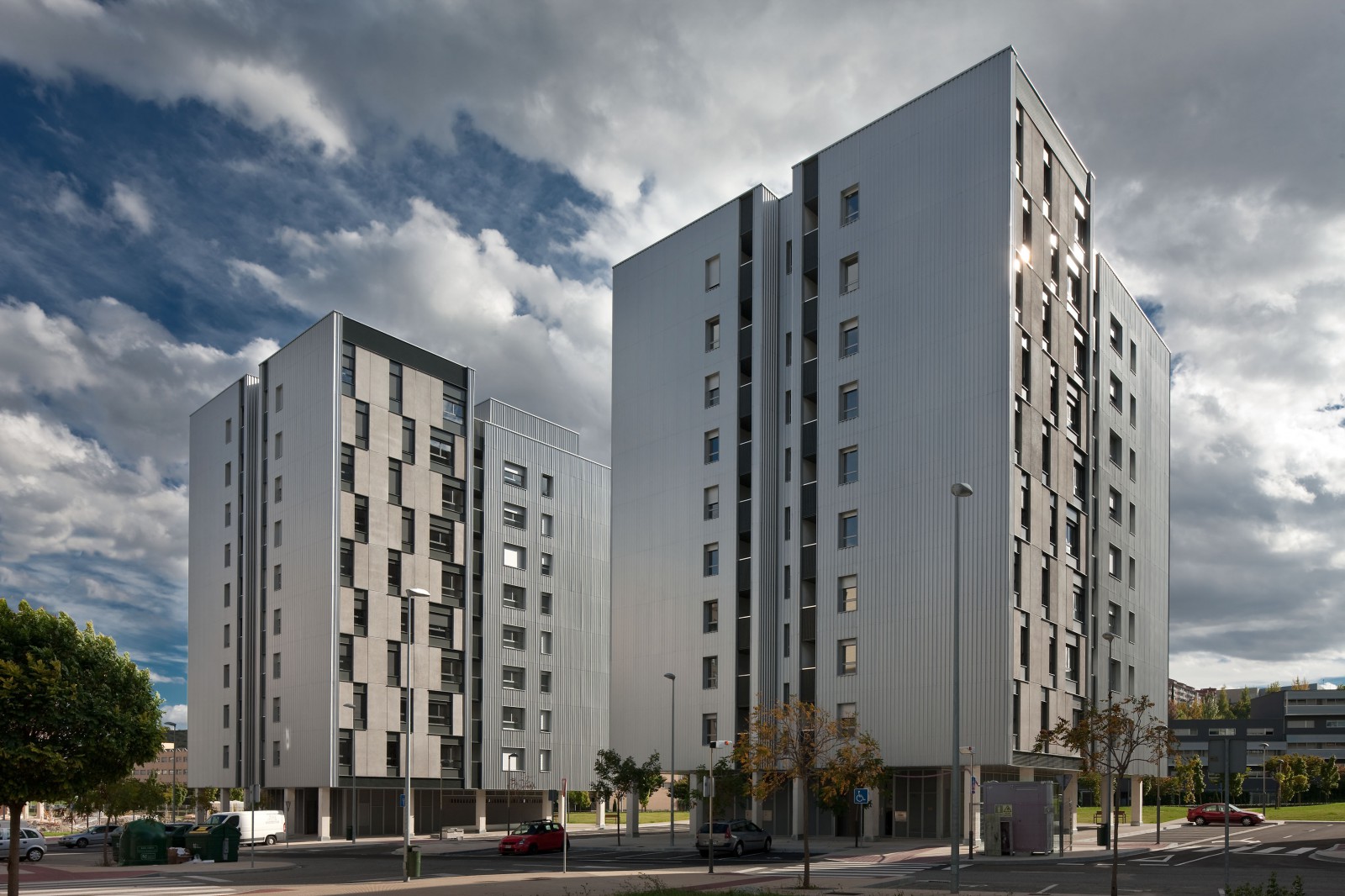 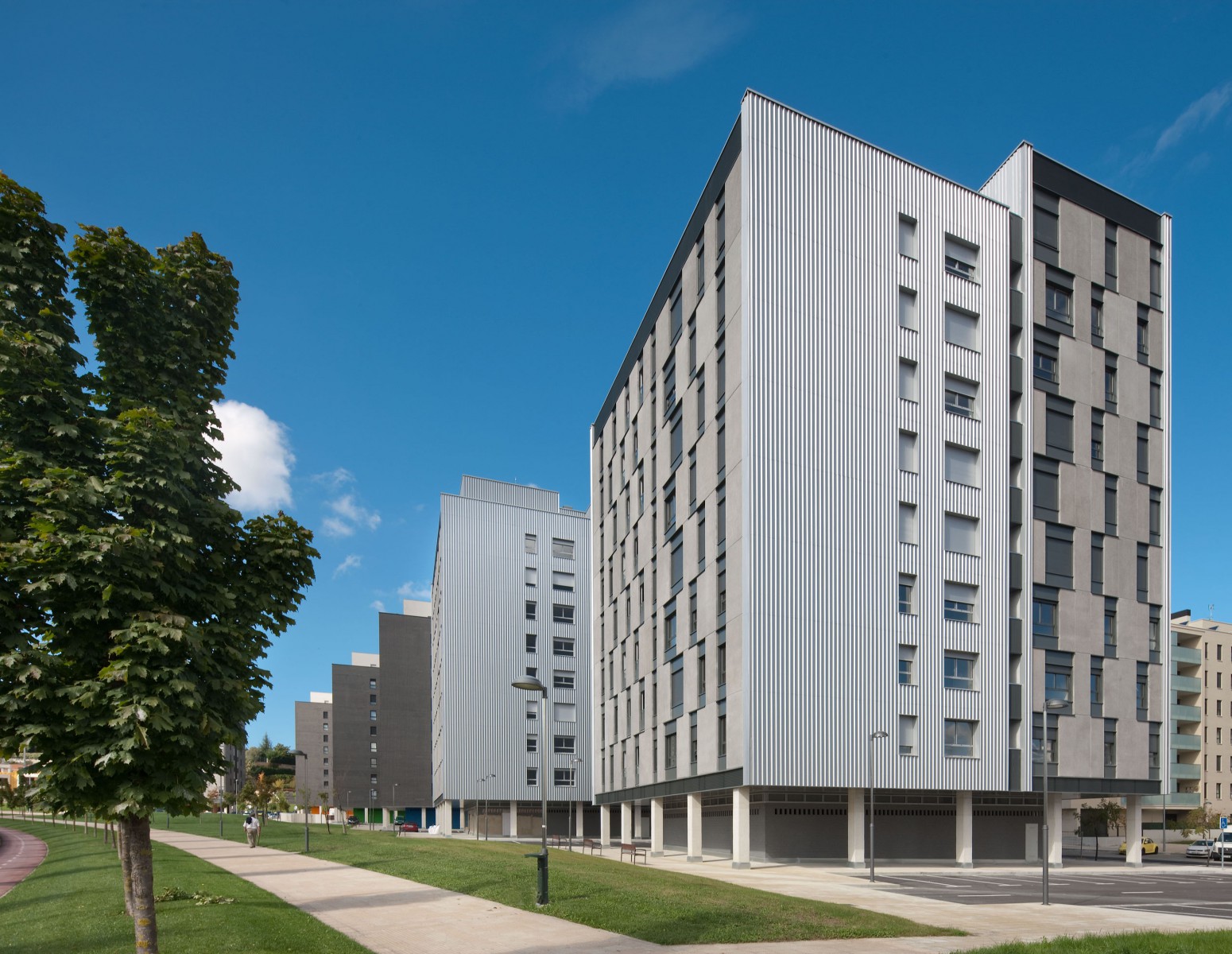 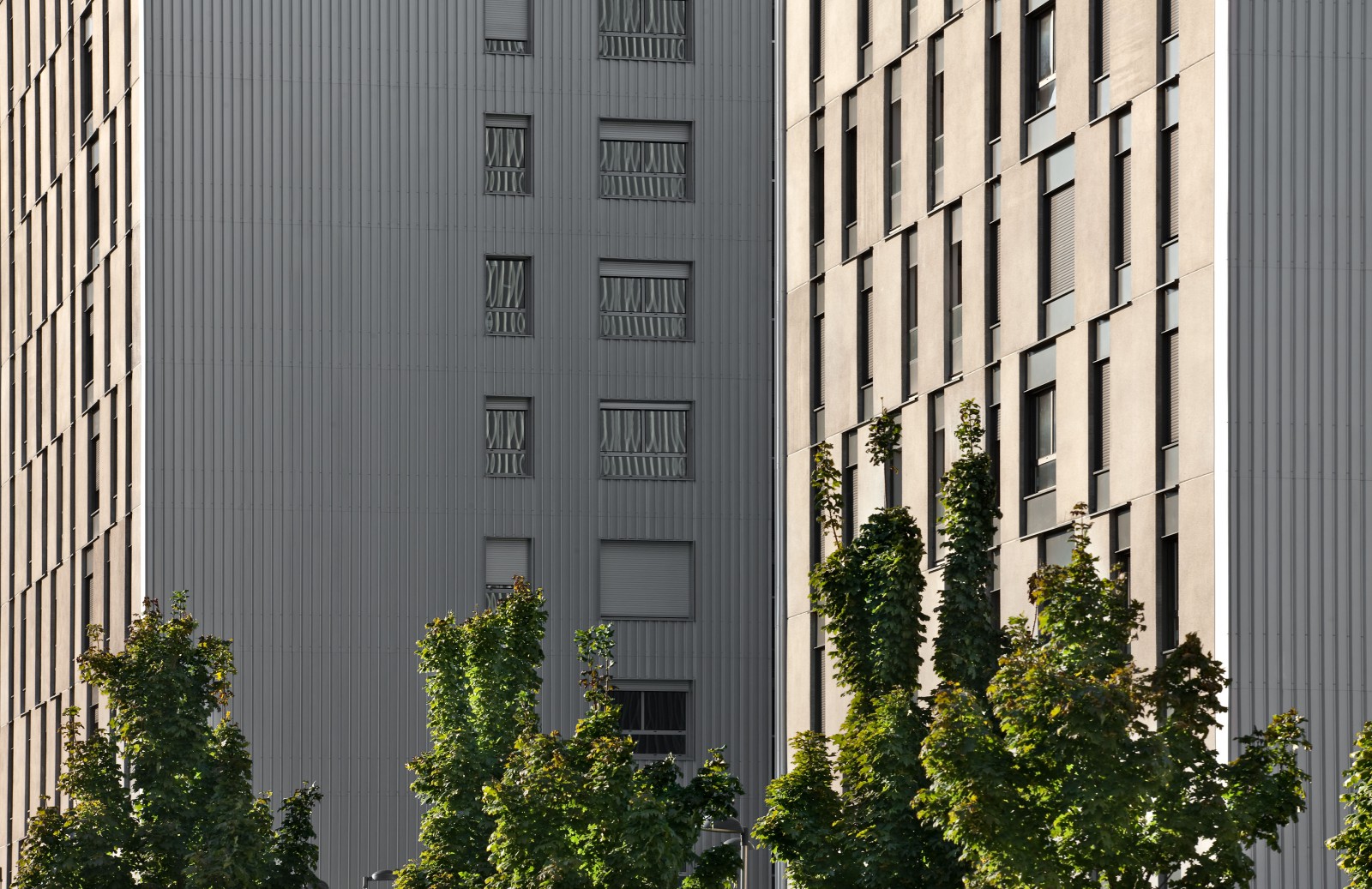 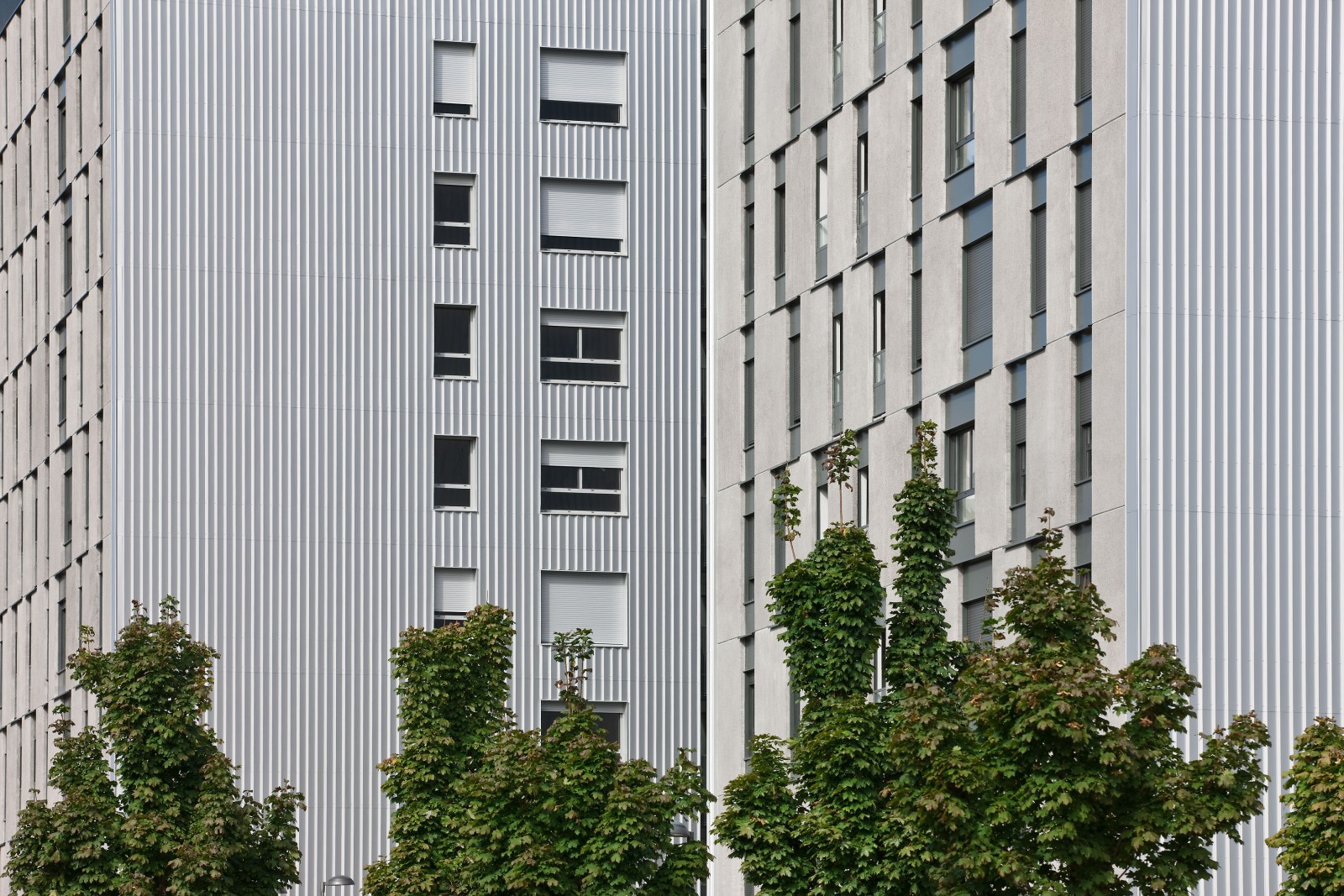 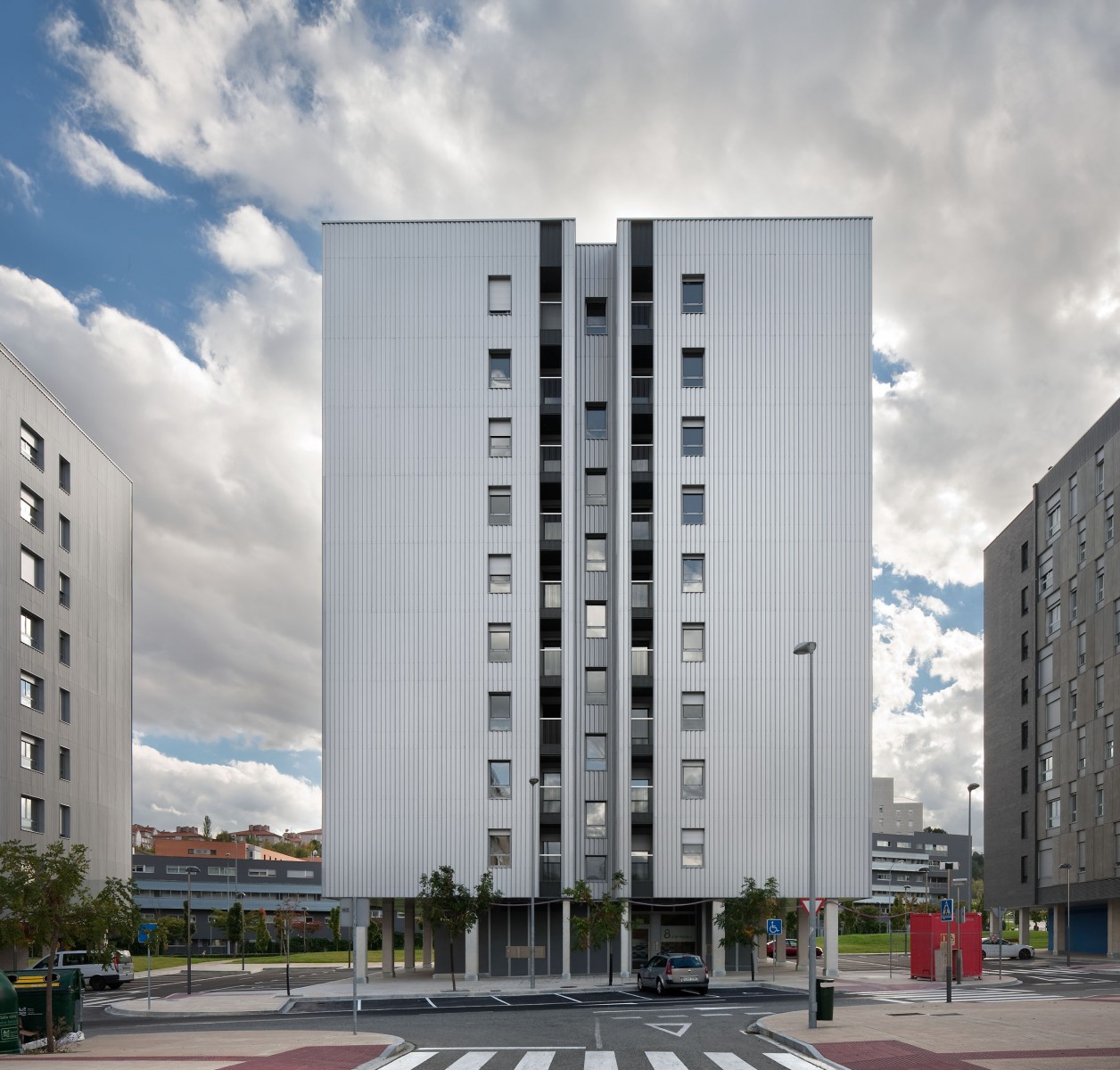 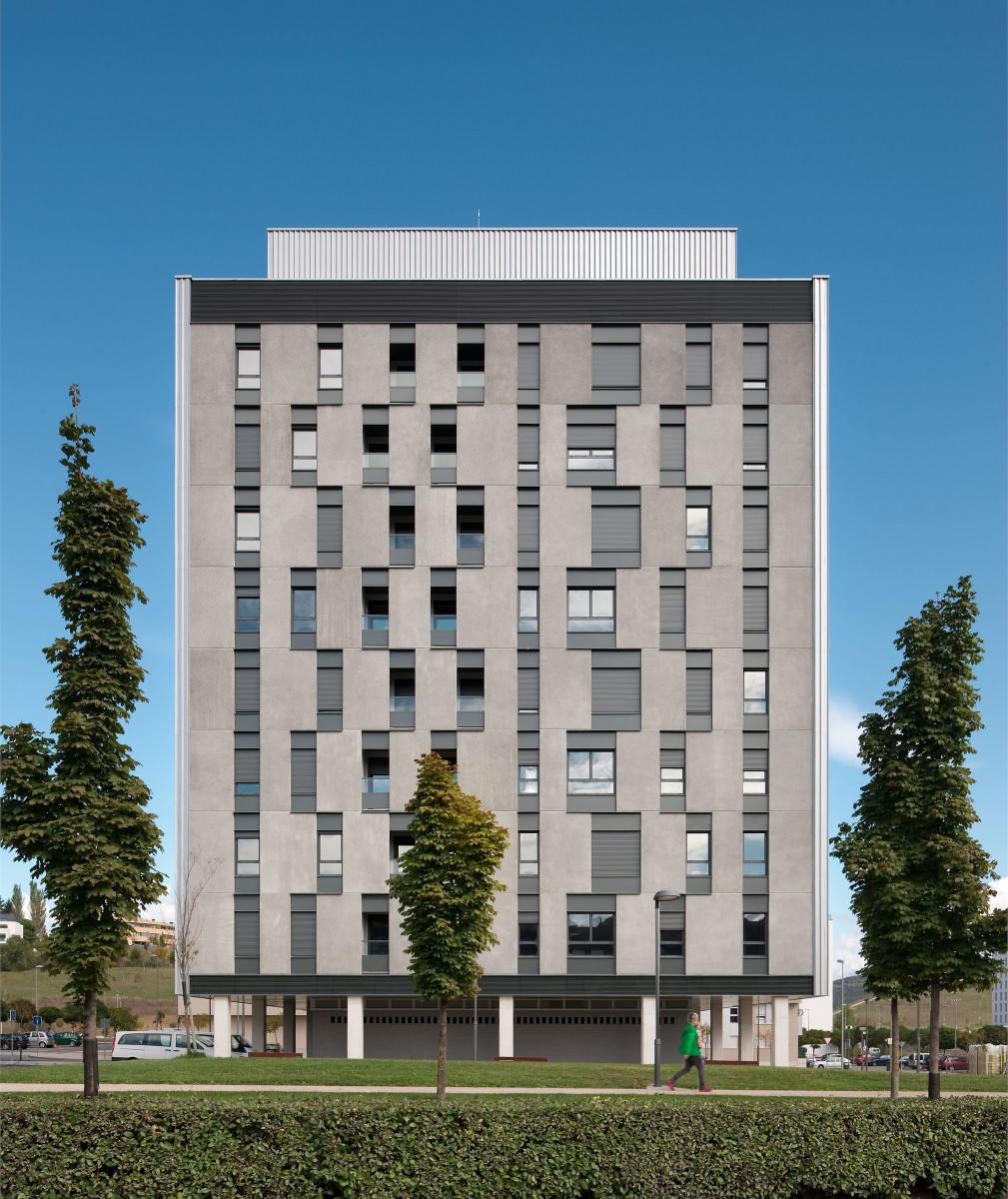 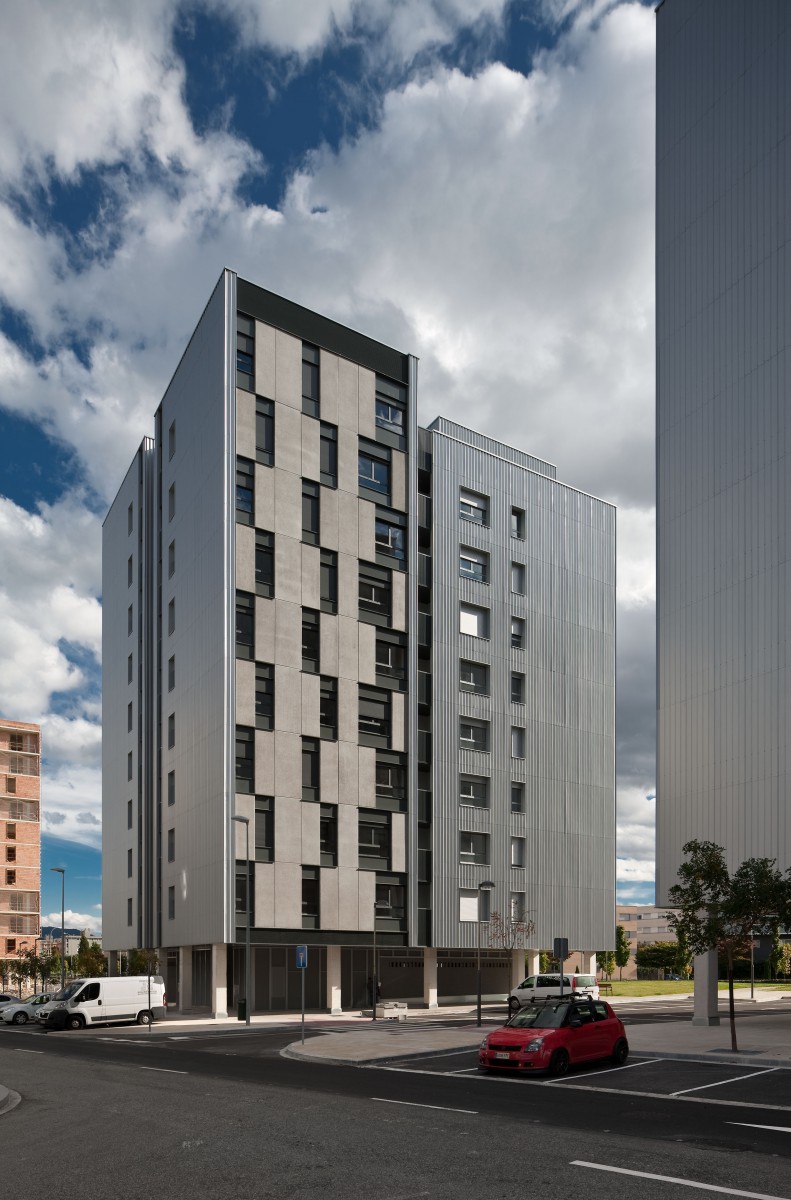 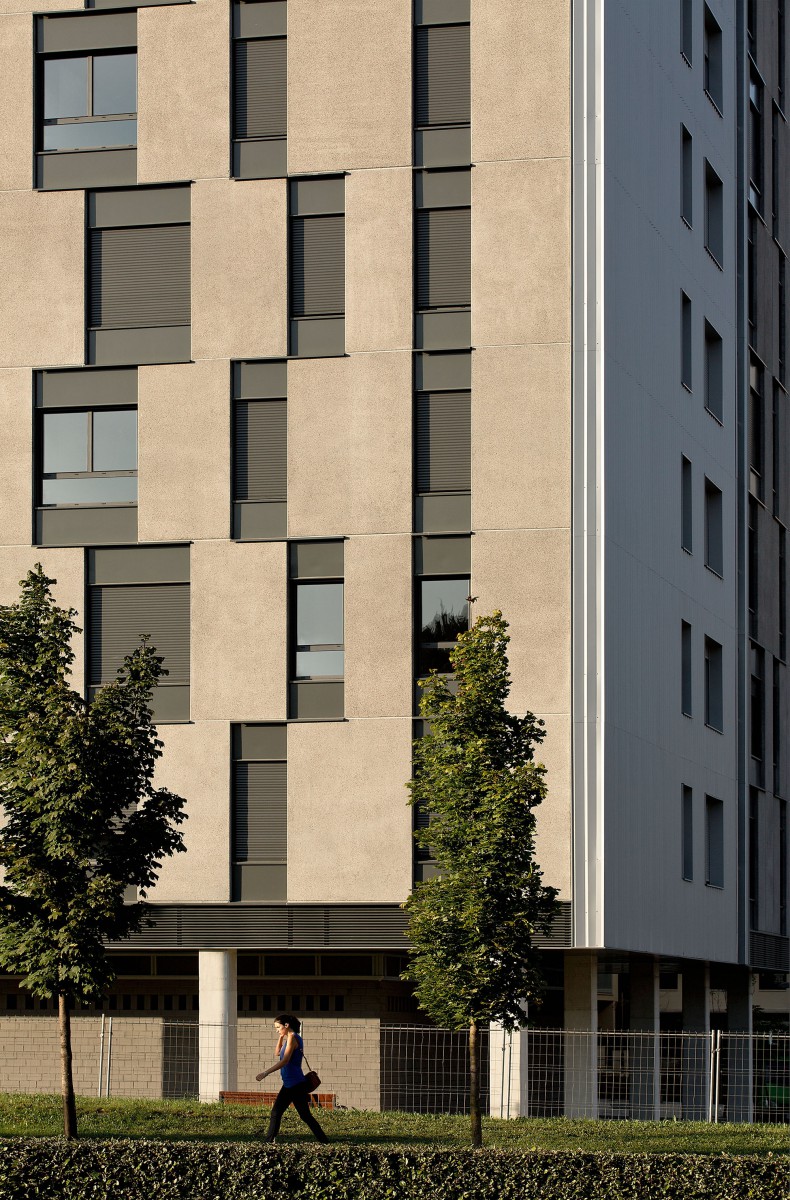 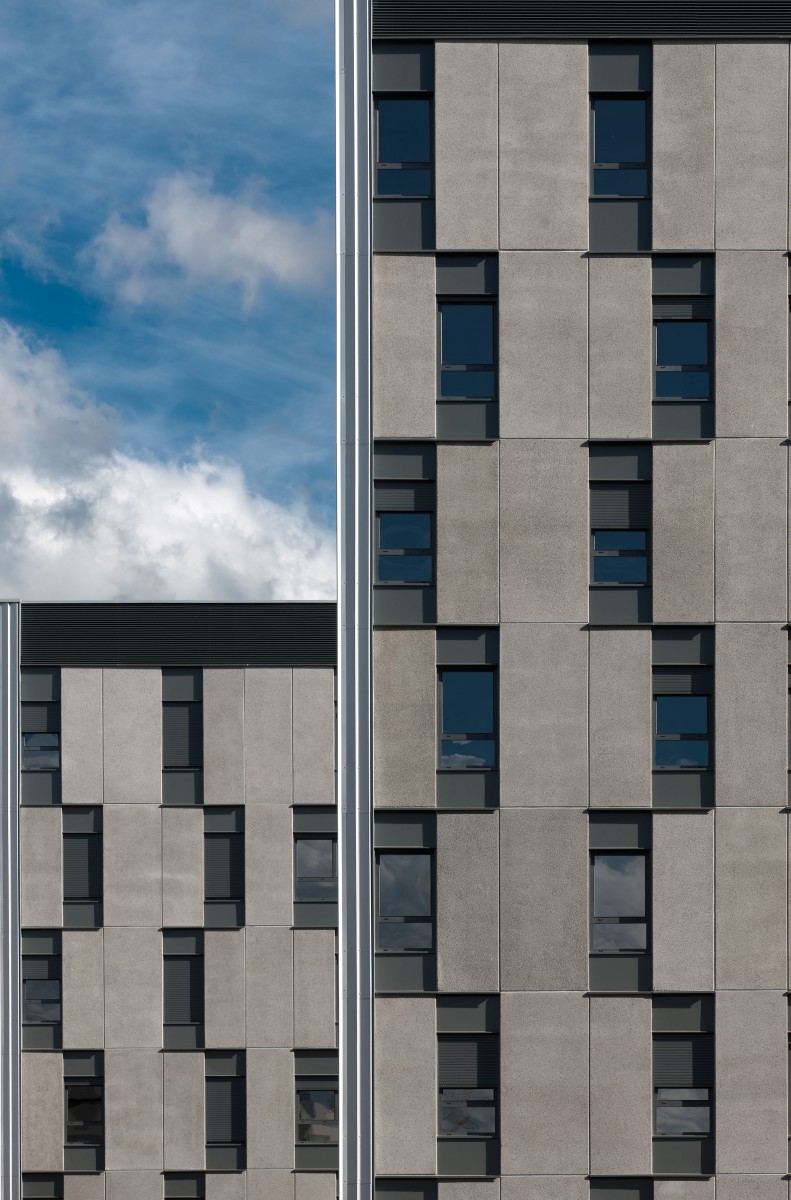 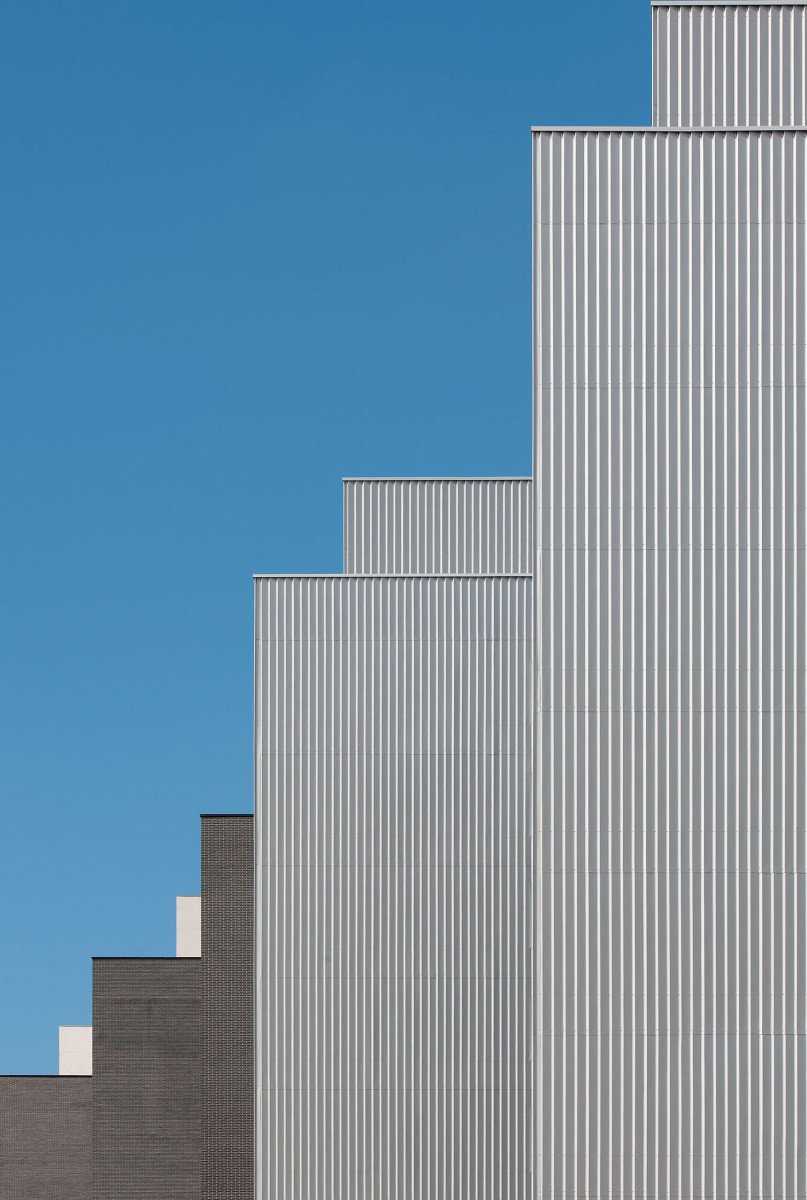 The characteristics of initially isotropic towers have been detailed by simultaneous treatment of levels and volumetry to fit the specific requirements of each orientation. The room areas are compactly grouped and fill the corners of the buildings. These receive a differentiated facade treatment with prefabricated concrete panels that allows to adjust the thicknesses of additional insulation according to the requirements of each orientation.

The location of the lighting and ventilation holes has been studied in a particular way for each room, so that there is a movement of the voids in the elevations to improve the solar gain of each of them. This fact introduces in the composition of the elevations an interesting component of variation without being a conflict with the rigor of the proposed constructive system.

Each block has been resolved as a piece of contrasting faces and materials, attending to the maximum functional requirements of the social housing program and without giving up the achievement of an architectural proposal that emphasizes the volume of each piece. None of them can be seen as an isolated element but as a sequential dialogue of pieces adapted to the urban, technical and economic parameters of a social housing program.

A series of pieces that, like a set of landmarks of gray tones, stone and metallic reflections, mark the access to the new neighborhood giving scale to its main avenue. A set of volumes of contrasting faces that accentuate the dynamic character of the series of façades that show the public or private character of the interior spaces. A dialogue between materials and gaps that values ​​both the unit condition of the piece and the domestic character of each apartment.