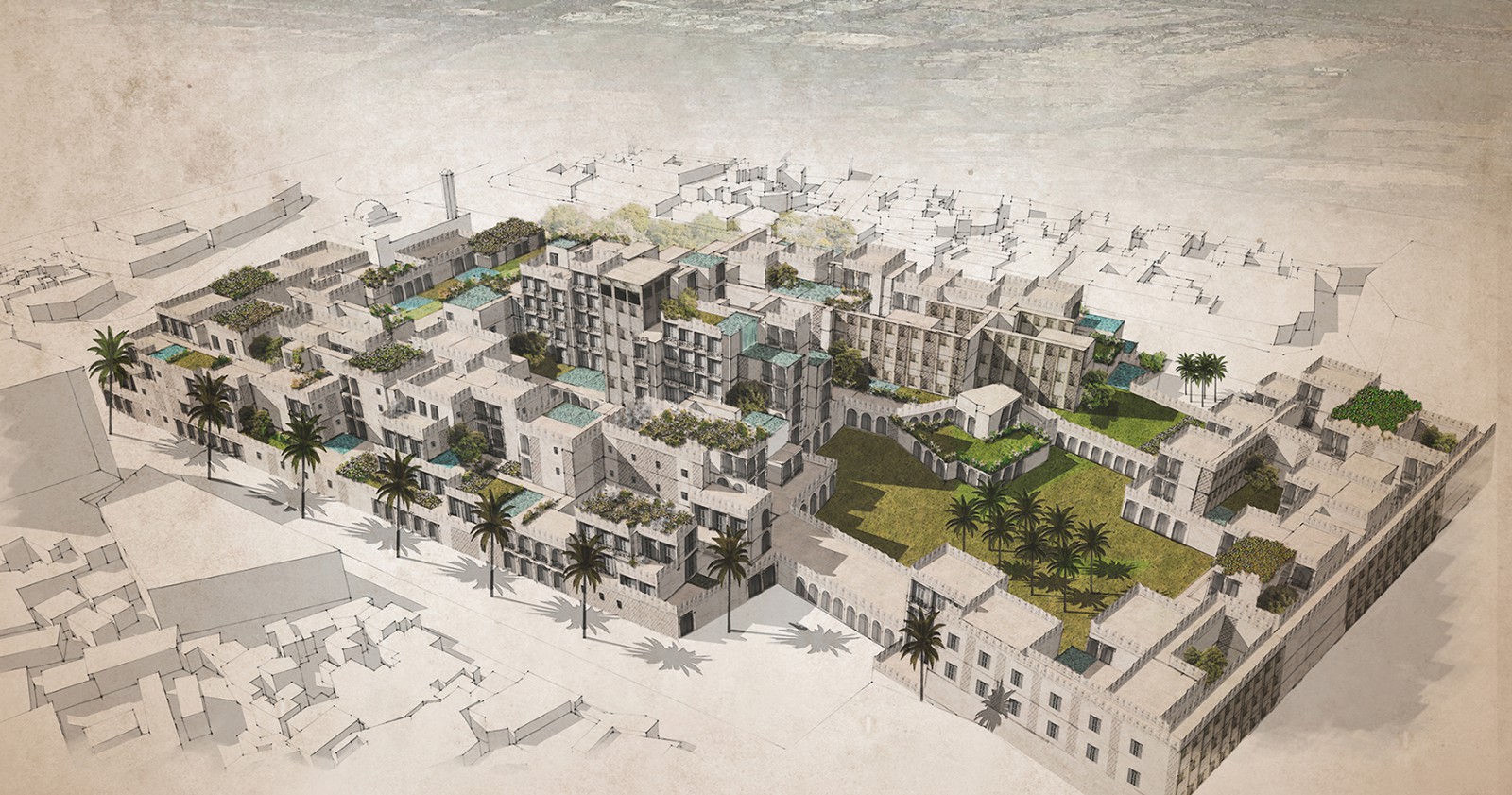 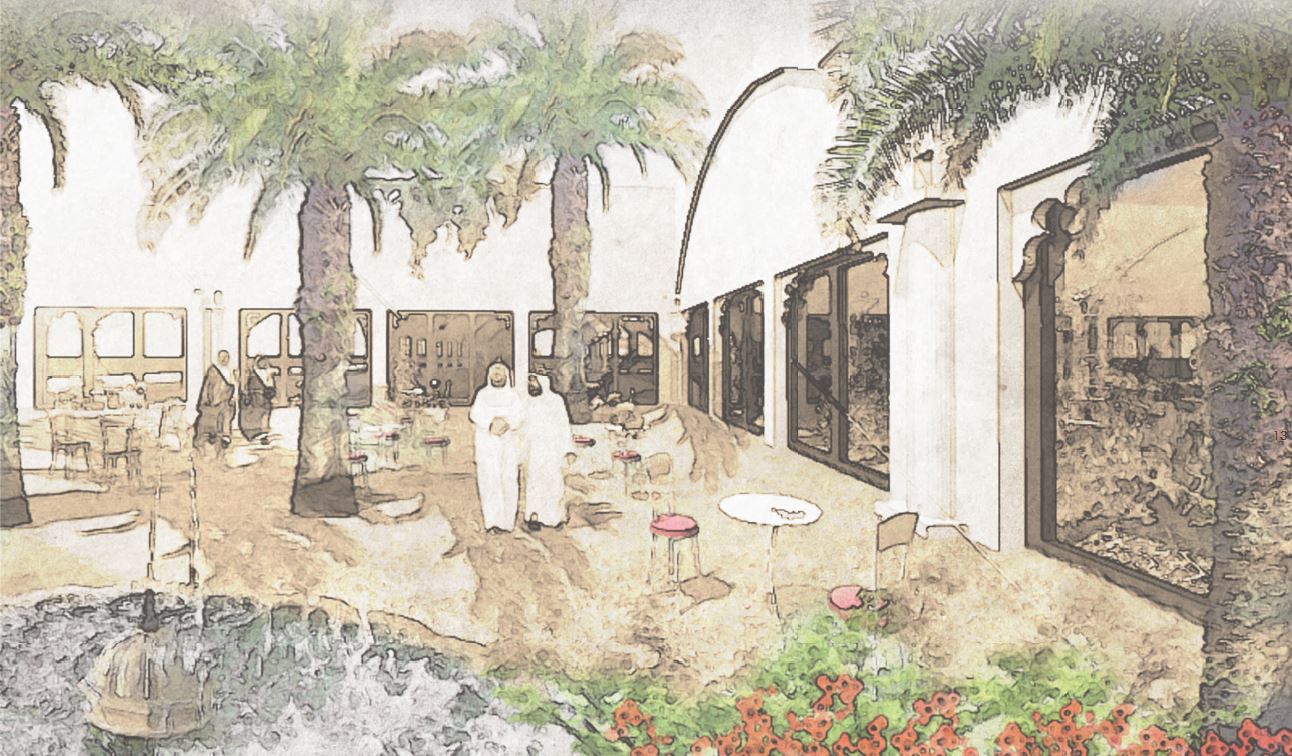 The configuration of the building is governed by the adoption of characteristics of the country's architectural pure tradition. It aims to develop a strategy for updating the historical memory in a contemporary way, from the standpoint of modernity.

The challenge is to bring to mind the essence of the architectural culture of the place.These own essences had been diluted and vanished so far as a result of the unpreventable globalization of societies, which is widespread throughout the whole world, and because of the great process of modernization that has experienced in recente decade, the Qatari society.

Based on this concept, it achieves a level of excellence in architectural parameters set by the current high standard of living of the nation. This is intended to combine the lastest technology with genuine tradition. Tradition is understood here by us as an evocation, but mostly as a way of making culture alive, decanted a wealth of knowledge over the centuries, the engine of growth and progressive too to promte economic development.