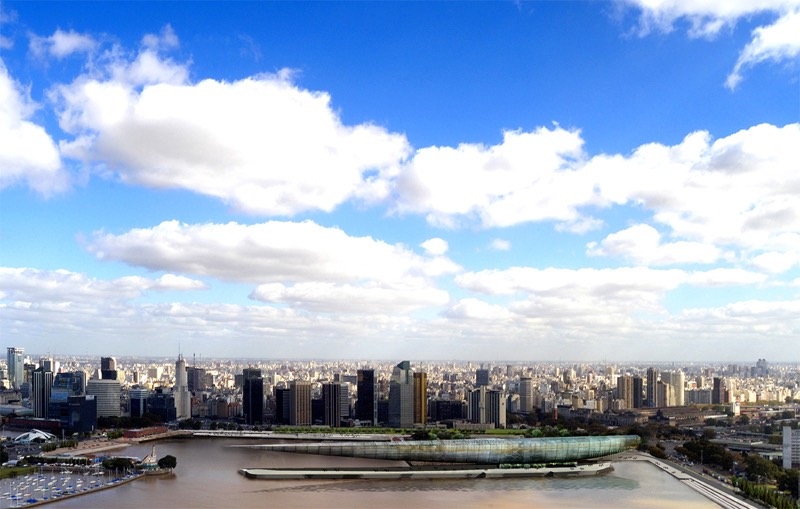 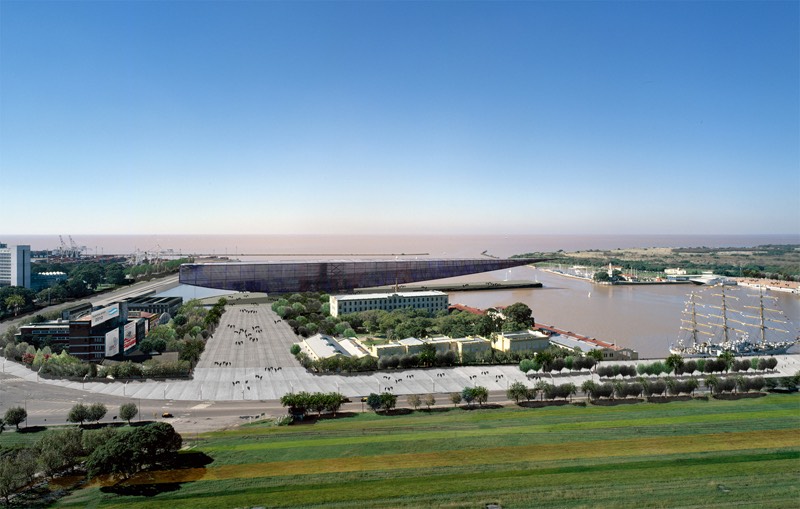 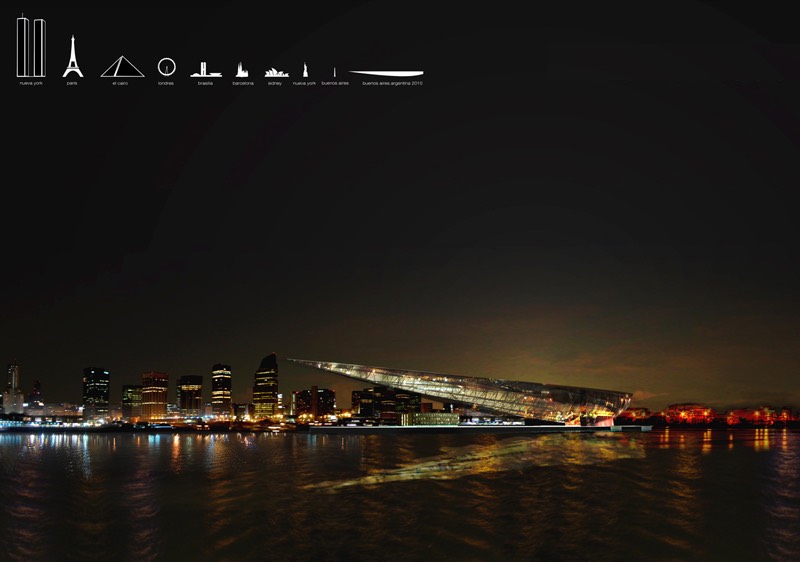 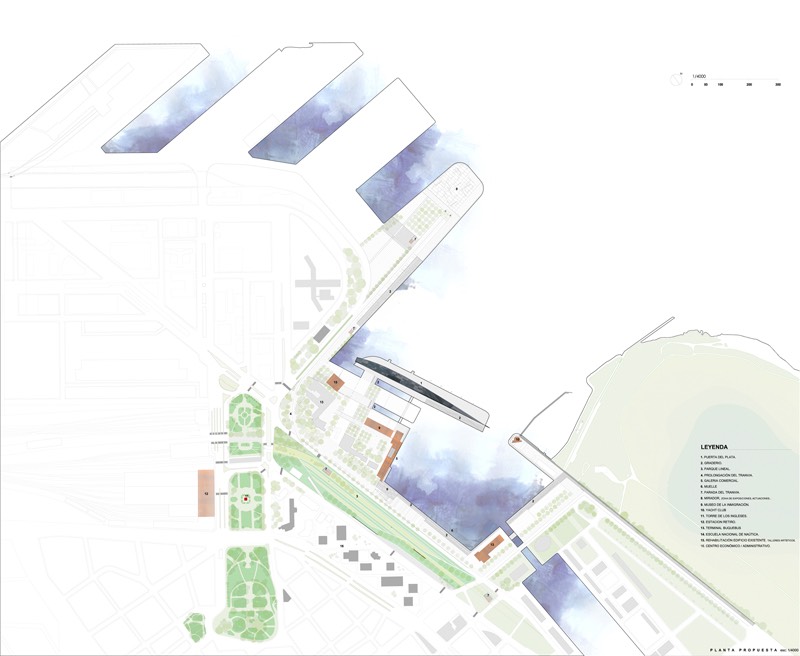 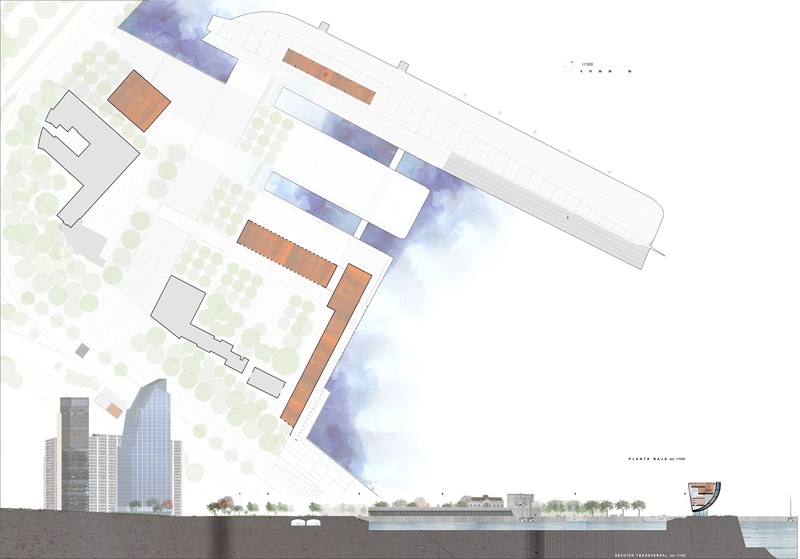 Puerta del Plata: The symbol becomes double, the landscape of the country and the history of the place

Puerta del Plata: The symbol becomes double, the landscape of the country and the history of the place

Promoted by Fundación IRSA and organised by the Central Society of Architects, the aim of this international competition was to contribute to the creation of a new image for the historic point of entry for those arriving by sea seeking a future in Argentina, transforming this strategic point in the city of Buenos Aires into a symbol to mark the commemorative celebrations in 2010 of the Bicentennial of Argentina's Independence.

The place where this new icon will be situated is a place of great significance, by the Immigrants Hotel, a National Monument. A place of unquestionable importance from a strategic, historic and symbolic perspective which has, for years, been a giant gateway to the Republic of Argentina and the first image of the city. However, over time, the image of this ‘gateway’ has been lost in the midst of a forest of new vertical lines.

The lot, approximately 80,000 m2, situated on the North Dock of Buenos Aires Port, is a space that is directly linked to the River Plate, one of the widest rivers in the world, and to the city’s administrative district and central area.

The aim of the Plate Gateway is to create an element capable of symbolising the country turning its gaze back to history and its landscapes.

The immense plains of the Pampa with their little ‘hillocks’ that break up the infinite vertigo of the flatlands and, far in the distance, as a backdrop, the mountains. A landscape amid the horizontal and the vertical, charged with symbolism. This horizontal line is also reminiscent of the large boats that moored in the Dock. With a slightly curved line, the symbol is dual: landscape of the country and the history of the place