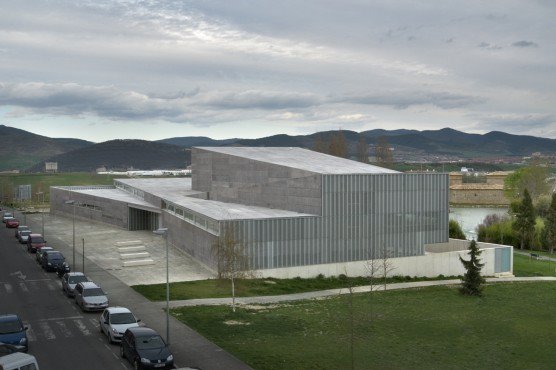 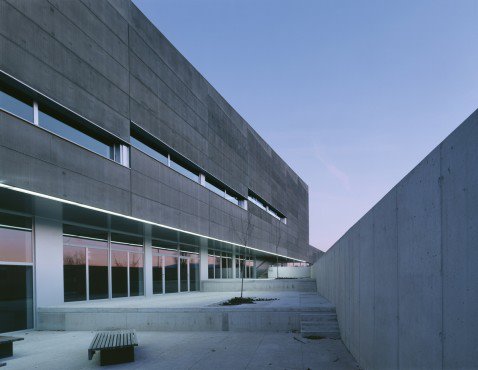 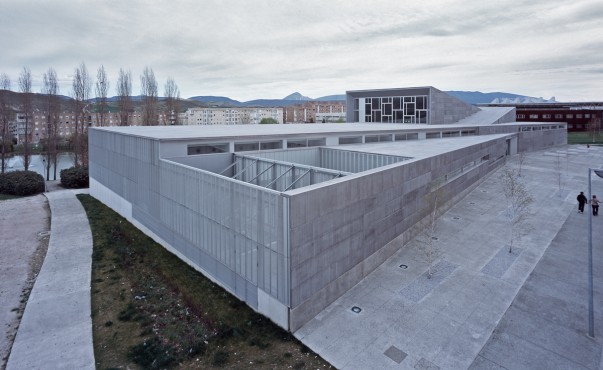 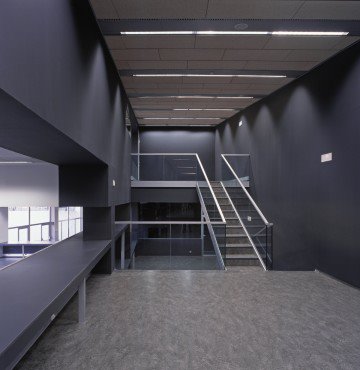 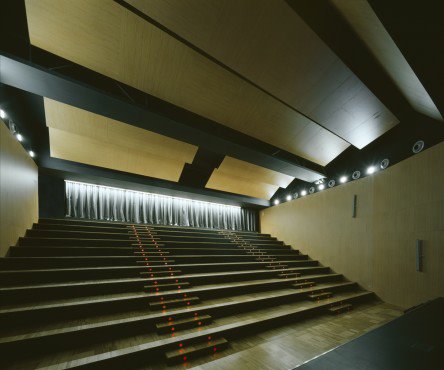 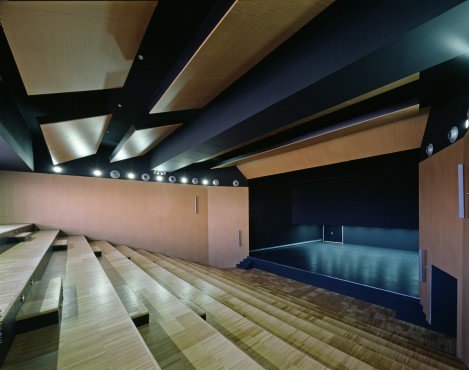 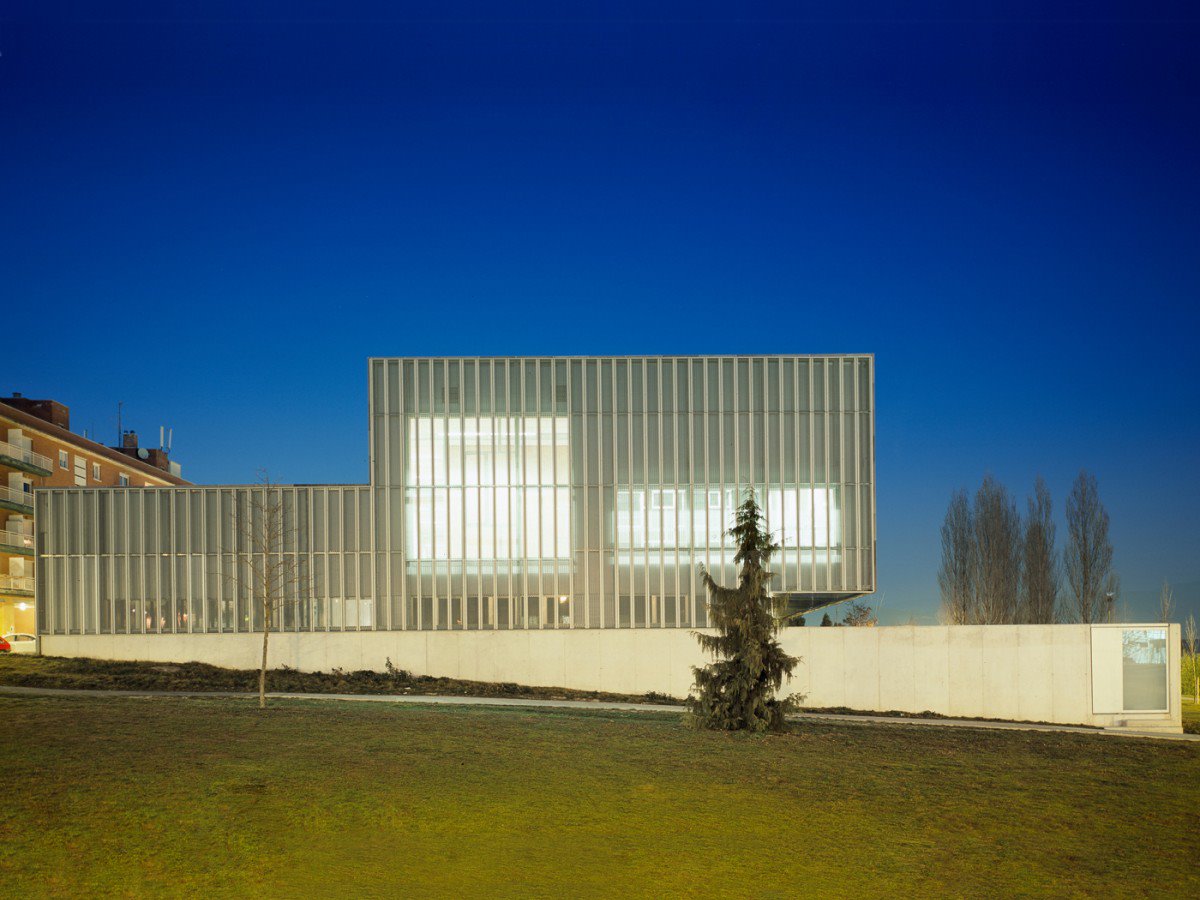 It is not a monumental object that distances itself from the people, but an element that gives importance to the surrounding landscape

It is not a monumental object that distances itself from the people, but an element that gives importance to the surrounding landscape

In the surroundings of the central park in Mendillorri, it has been proposed a building which keeps a relationship with the surrounding area, its views, and its functions. A type of monument which distances itself from people hasn't been sought out, but rather a constructed place which plays second fiddle to the park and the palace, to the lake and the inner landscape. For that reason the plots plateau has been altered as if it were a matter of a stone pavement in a public place which unfurls itself and rises up from below to gladly accept public resources. The effect of the folds create different spaces which are intertwined and multiply whilst taking advantage of the lands' unevenness. Thus the building is a square and wall facing towards the street, with its empty space and arcade facing towards the park.

The metallic structure which sustains the different levels, is a rhythmic constructor of the space it occupies, whose visual vanishing points prevent the viewer from having a perception of orthogonal divided up space. It is a leisure spot radically different on outlook from other restricted and pre ordained places. For that reason the building loses the feel of being static space, but becomes rather a focus of changing views on the place, whose double tensioning on a south-north and west-east axis tend to draw back.

The aim of all materials used is to show the condition of lightness of the interior part, of the  fluid and ever changing space which is in stark contrast to the stony coloured appearance of a skin which spreads out its mantel over all the space that it encompasses.