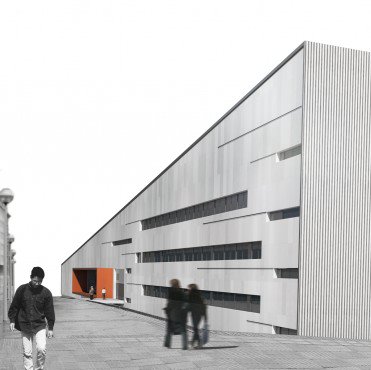 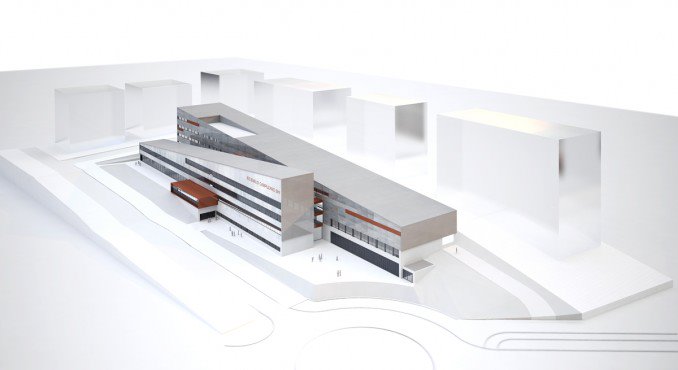 Its privileged location allows it to become a reference to look at and turn, at the same time, into a viewpoint of Bilbao

Its privileged location allows it to become a reference to look at and turn, at the same time, into a viewpoint of Bilbao

The future Emilio Campuzano Secondary School is characterised by the naturalness of the plot it occupies, linked as it is to a very particular geometry and topography, to which the building should adapt itself, and from which it should learn. Its privileged location allows it to build an ideal relationship with its environment, turning itself at the same time into a point of visual reference and a viewpoint of Bilbao. It is a building which will becomes a point of reference, as well as a solution to the problem of demand for professional education in the city.

At the composite level it is a case of two opposing volumes half buried in an inclined plot. These two separate parallel entities create a luminous space within, which, when added to transversal visual and physical communication through large openings, will allow a higher level of luminosity in each of the interior spaces: whose design itself is based on basic unit prefabrication principles, on flexibility, and the capacity to adapt to future modification.

The unity of the overall set up comes about through the uniformity of the materials used, and by the two angled coverings, which characterize the image of the building by means of great wedges which appear on the plot. At the same time, the building’s image is reinforced through the play of hollows and colourful  horizontal strips which, like a carpet, articulate the internal areas and their relationship to external ones, endowing great richness and harmony of scale most suitable to future users.