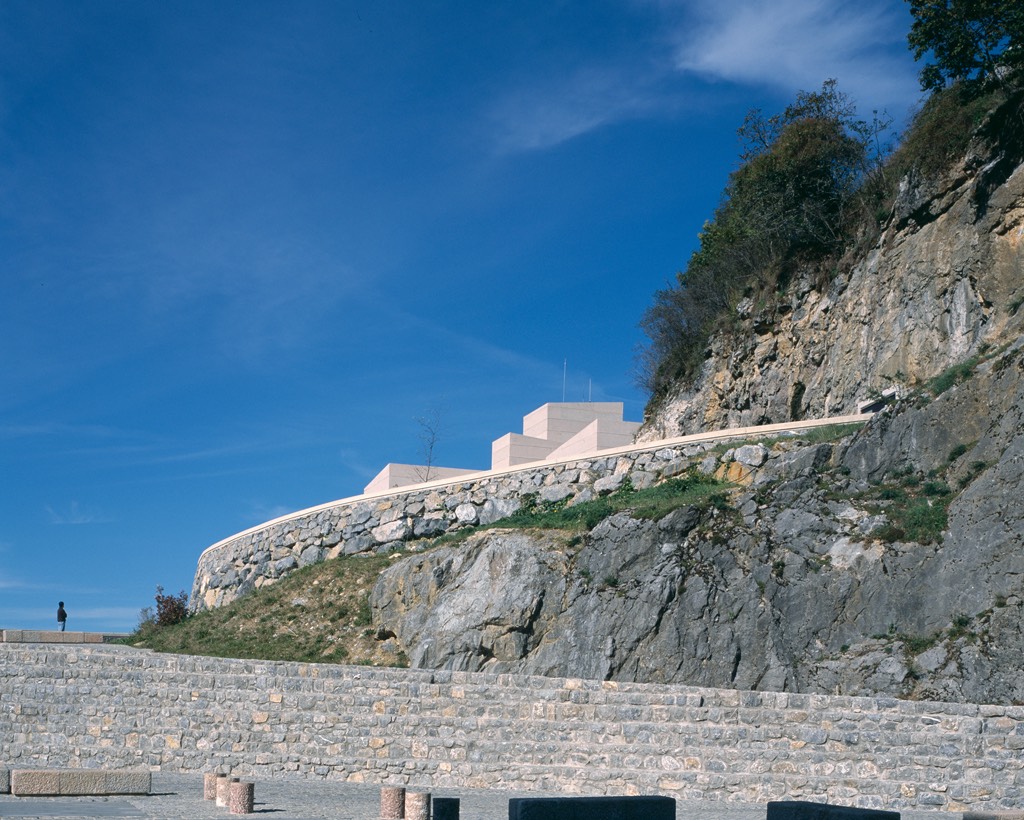 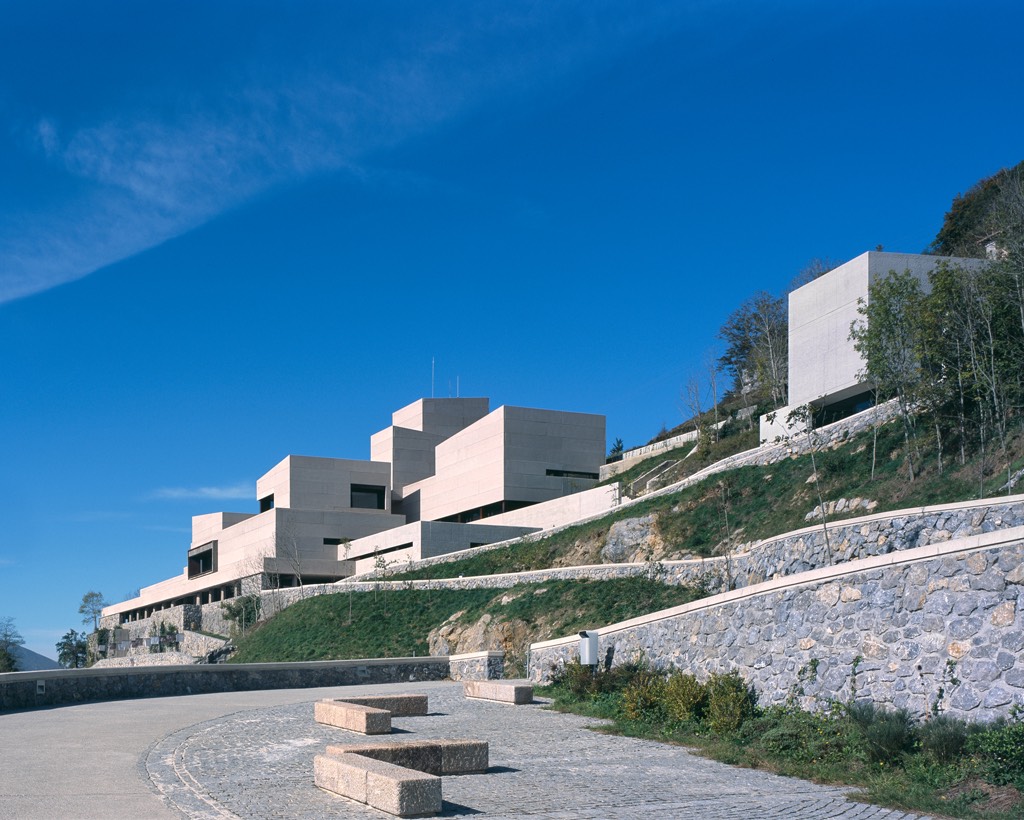 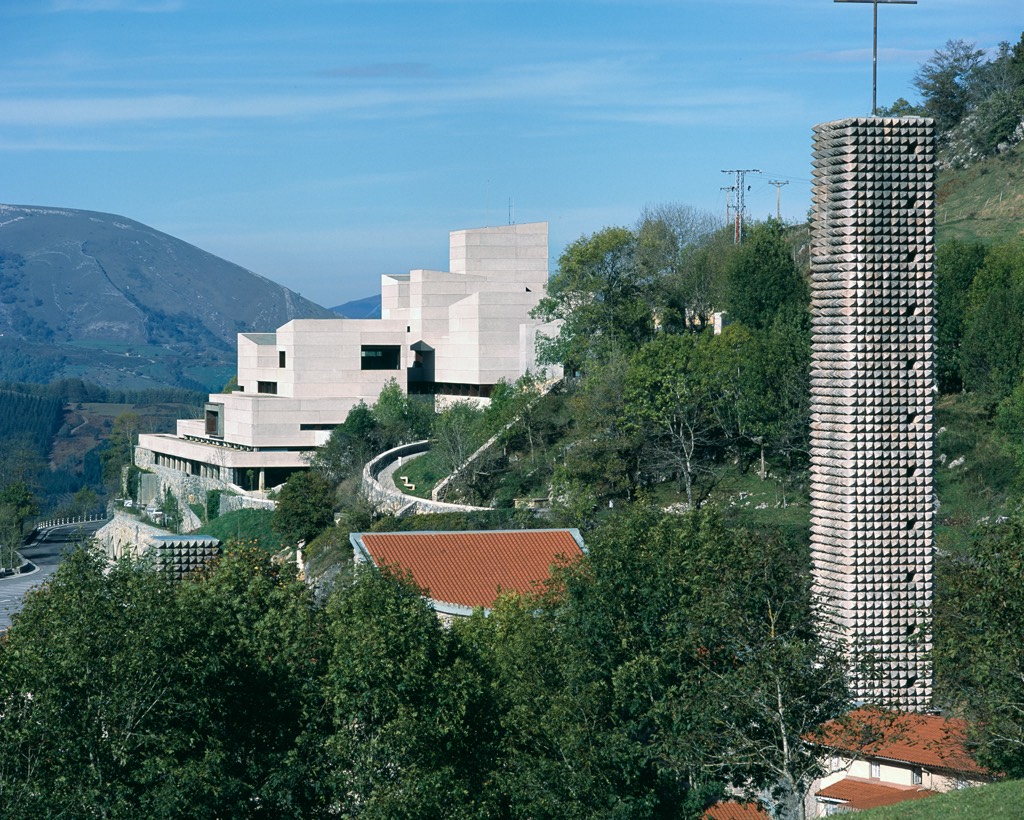 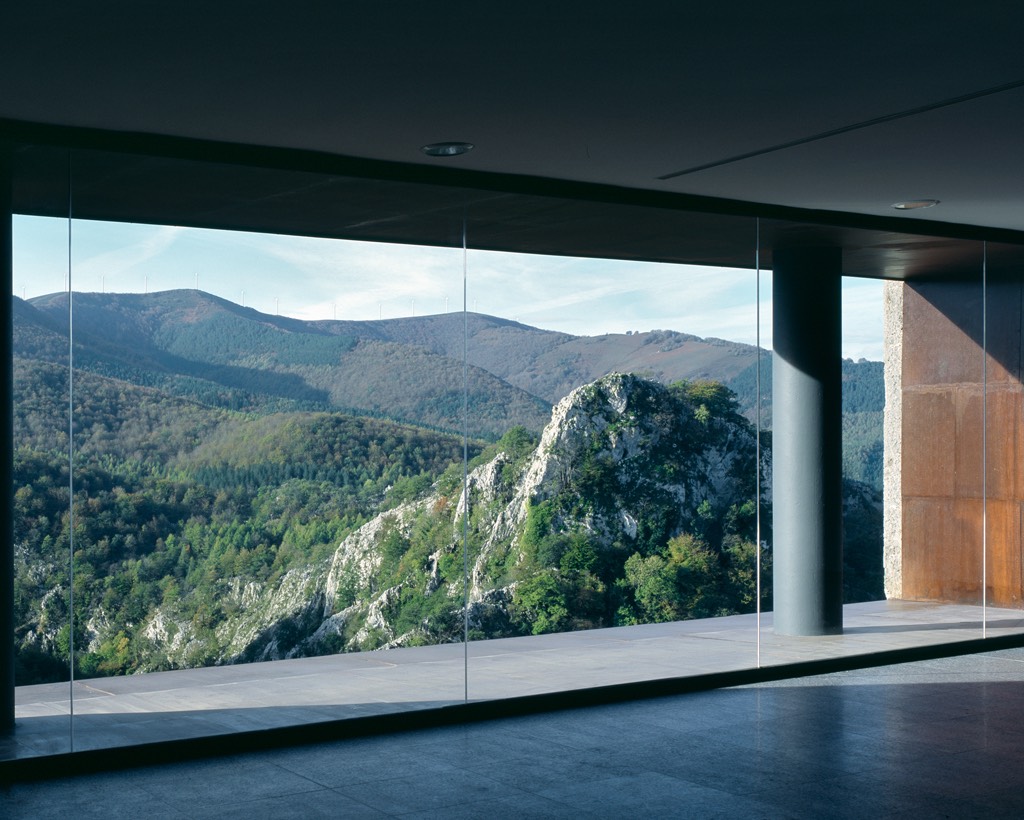 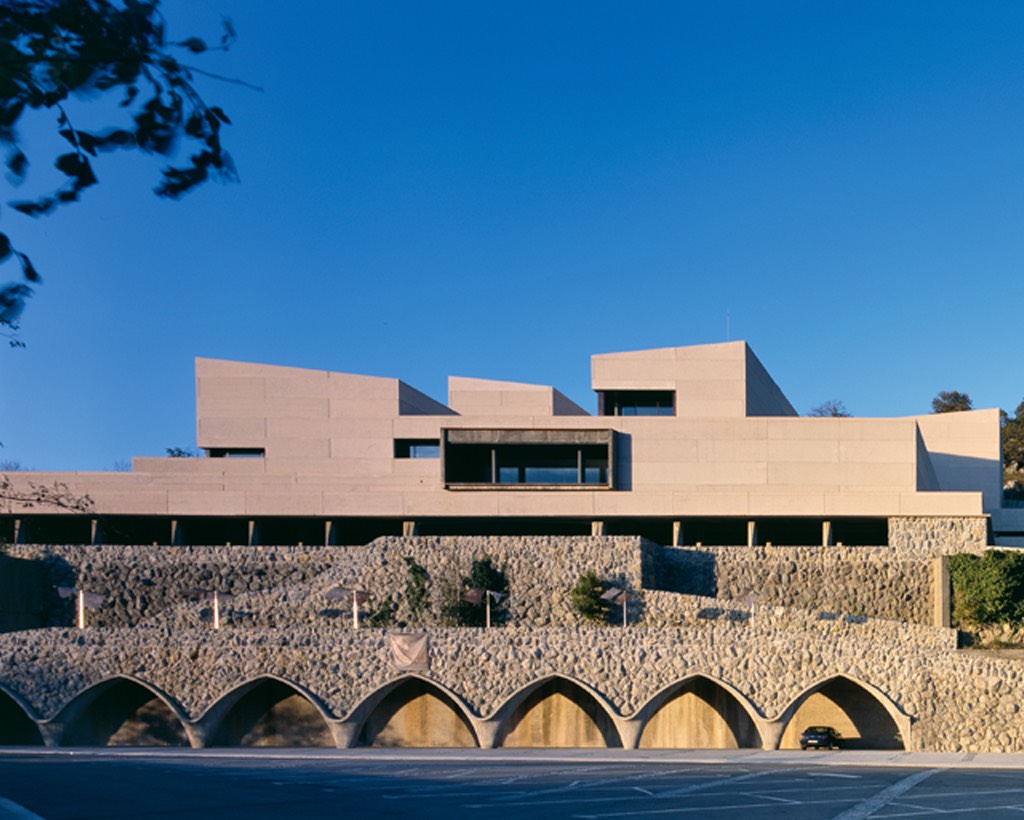 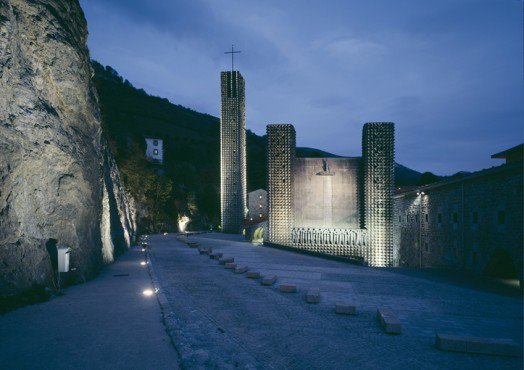 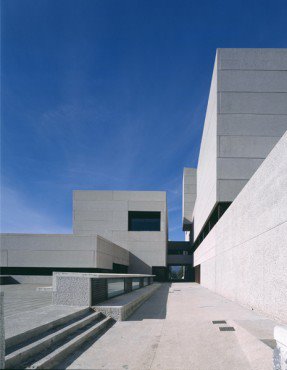 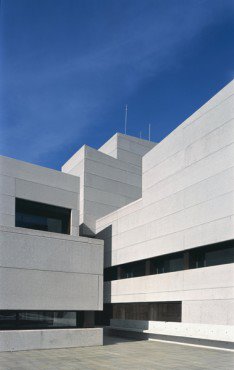 To recover one of the identifying themes of Arantzazu: the intense dialogue between nature and architecture has been the fundamental objective of renovation schemes carried out between 2002 and 2005, which seek to lessen the presence of large buildings constructed in the sixties, and to restore the balance with the magnificent natural and historical environment which surrounds the sanctuary of Arantzazu, in order to create spaces of respect, surprise and contemplation.

A new building named "Gandiaga Topagunea" arose on the site of the structure cut out of an enormous seminary built in the sixties, and slotted itself into the landscape as a series of bulks which, nestling in the majesty of Oiza and Oteiza, intertwine with each other to form a constructed rock which climbs up the hillside to embed itself into this section of the landscape. At the same time it breaks down its scale in order to adapt to the perspectives of new roadways, and is punctuated by gaps which bring the view into focus and opens by means of cuts which insinuate the interior presence of new spaces devoted to meetings with civil society, as well as the dialogue between faith and culture.

The building rests on a pre-existing base of bird’s beak finish concrete and rough grey limestone masonry which realised its potential with the removal of metallic railings, to become a united element to be integrated into a rocky landscape which recovers ancient abysses and viewing places, or the bridge, receiving the demolition waste from the old structures, in an innovative environmental operation of selective recovery. On top of this, new quantities of pre formed concrete have been laid out, treated like the great stony bulk of the colour of   Lastur limestone which covers the facade of the Basilica. In counterpoint to this, the deep gaps carpentry is carried out by frameworks and sheet oxidised steel railings, and grey aluminium metalwork which opens onto a series of  artificial stone terraces which respect the abstract quality of the whole set-up.

The profile of the building adjusts to its environment by means of a twofold operation of limitation and comparison. Limitations of the volumes which unfurl to a sloped plane which projects them towards the central axis of circulation. Comparison of the parts which affirm the east -west axis of the roads, and which rise above them in the north-south direction of the cuts of the ravine.

This is a work whose attempts to integrate itself  have been carried out in the same spirit which accompanied the great  artistic and religious modernisation venture of the Basilica in the fifties, a gamble to identify the original roots of this Franciscan place, at the time it arose, on top of an old obsolete structure like at so many points in its history, a building constructed by more contemporary techniques than mere superimposition of strata, which shows the will for dialogue between tradition and modernity which has always been a hallmark of the Sanctuary of Arantzazu. 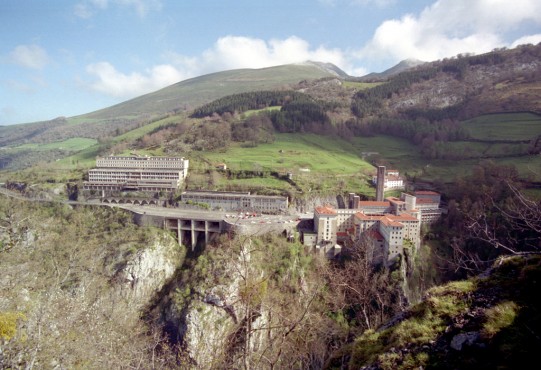 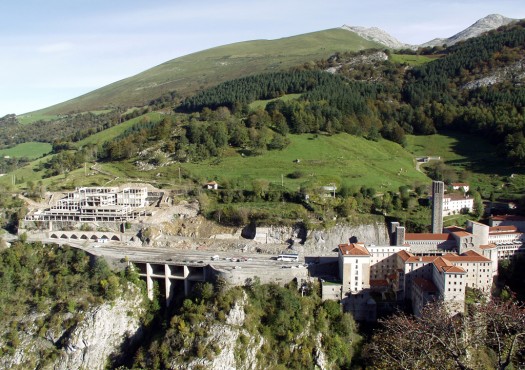 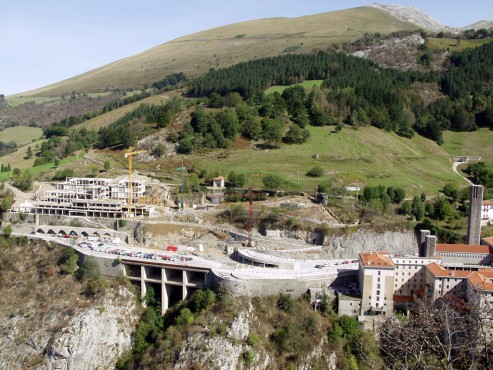 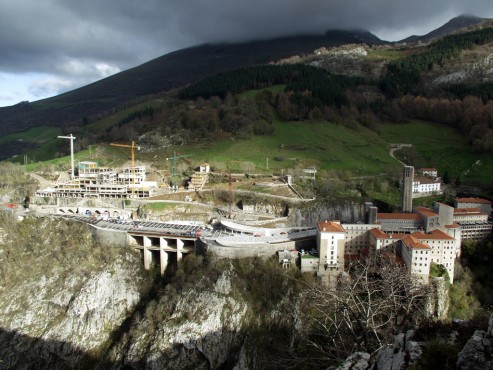 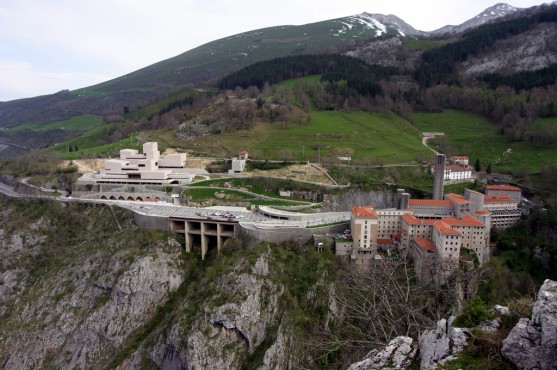 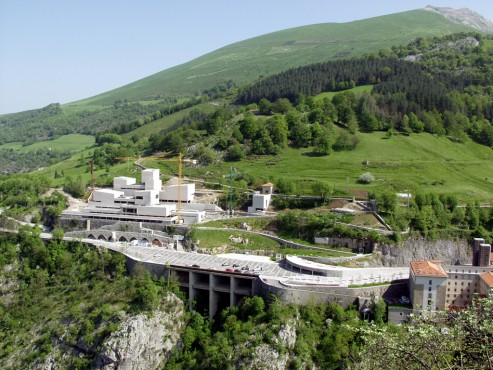 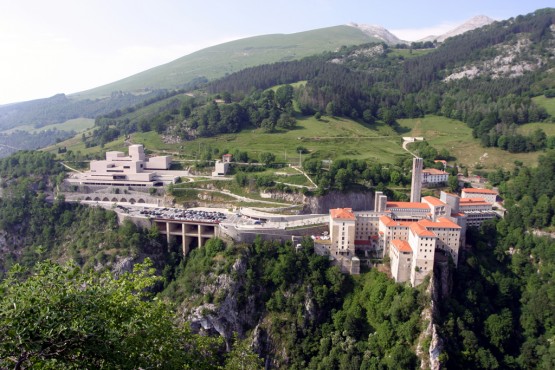 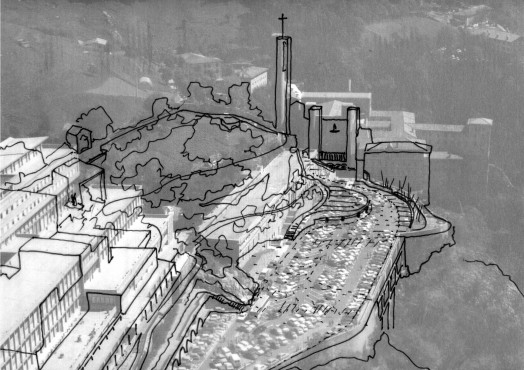 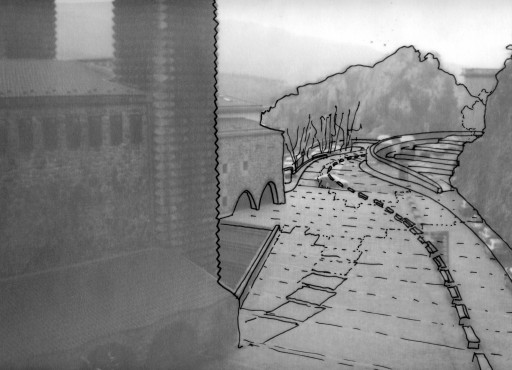 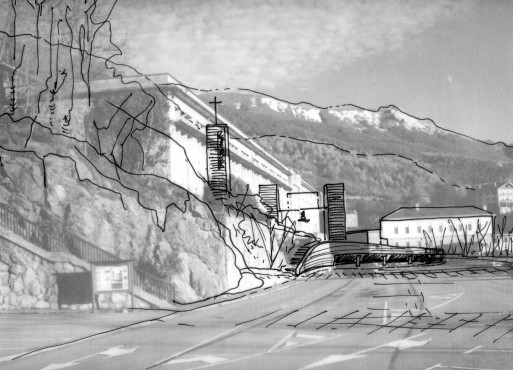 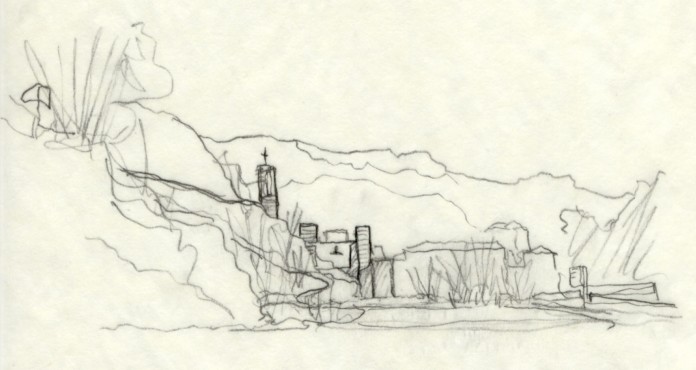 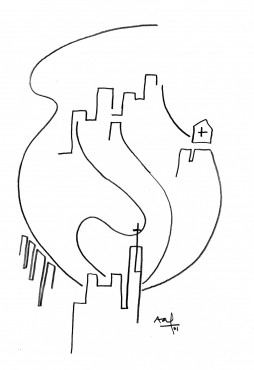 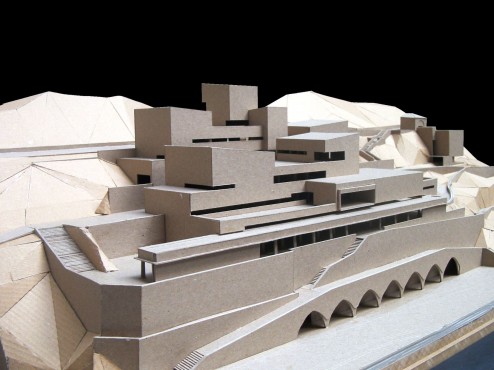 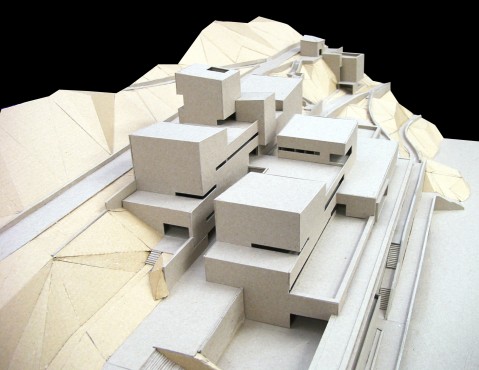 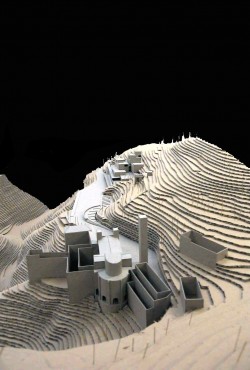 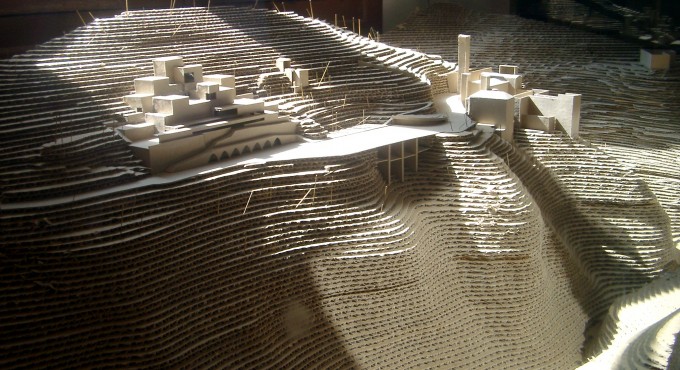 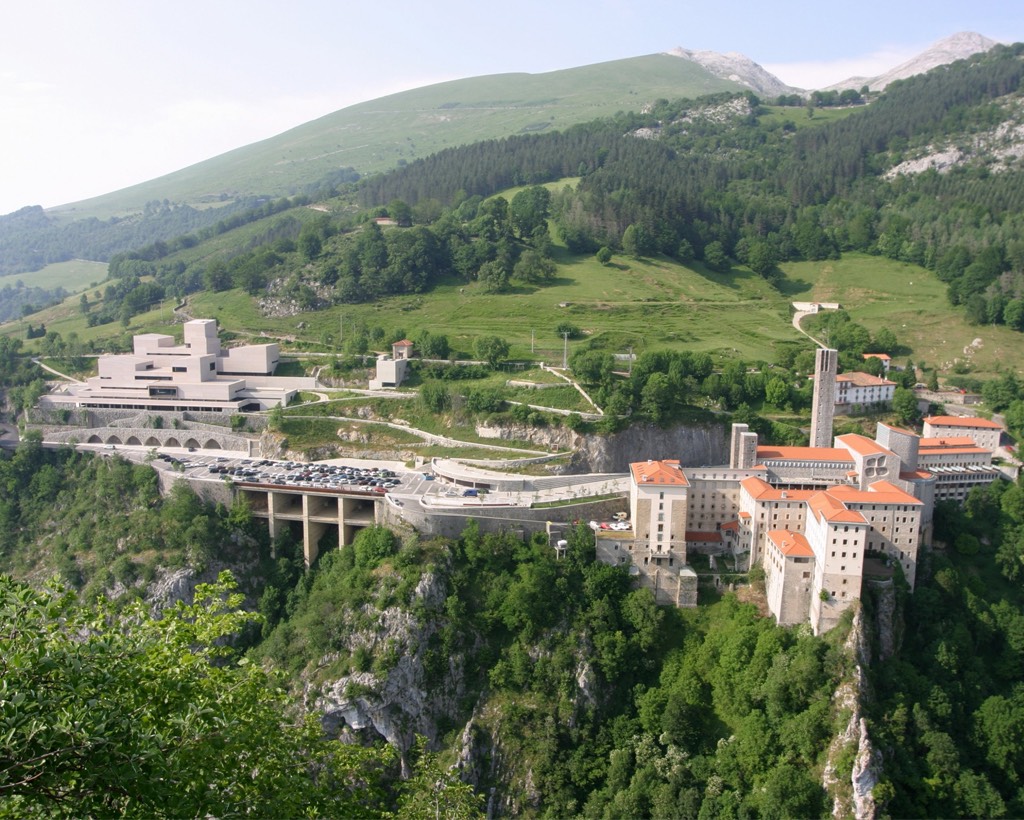 Sanctuary of Aránzazu I - EITB TV

Sanctuary of Aránzazu I - EITB TV