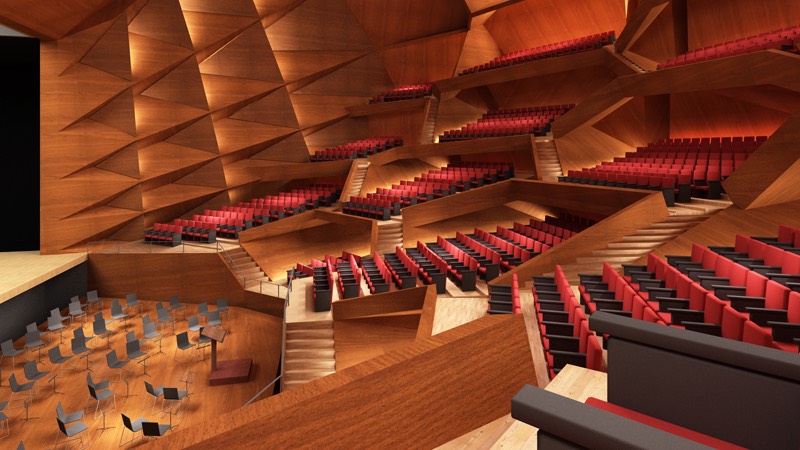 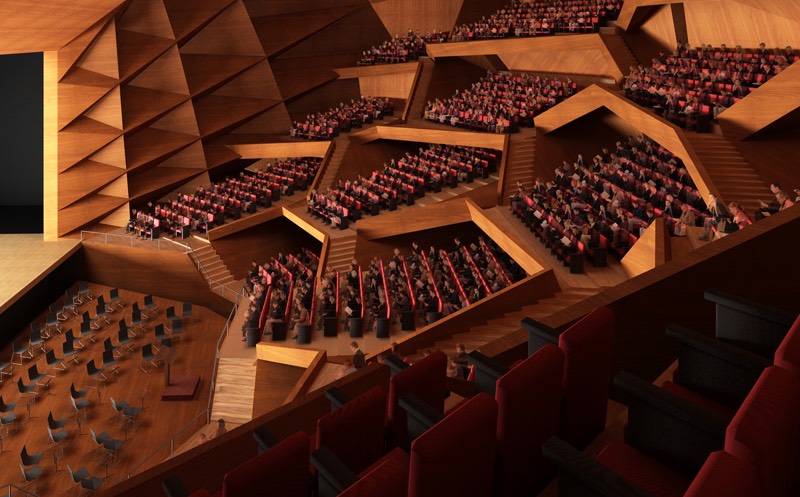 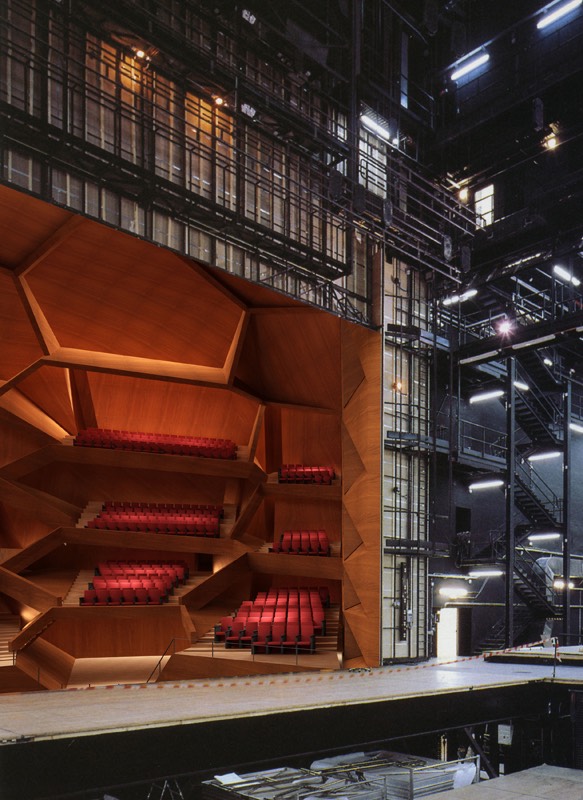 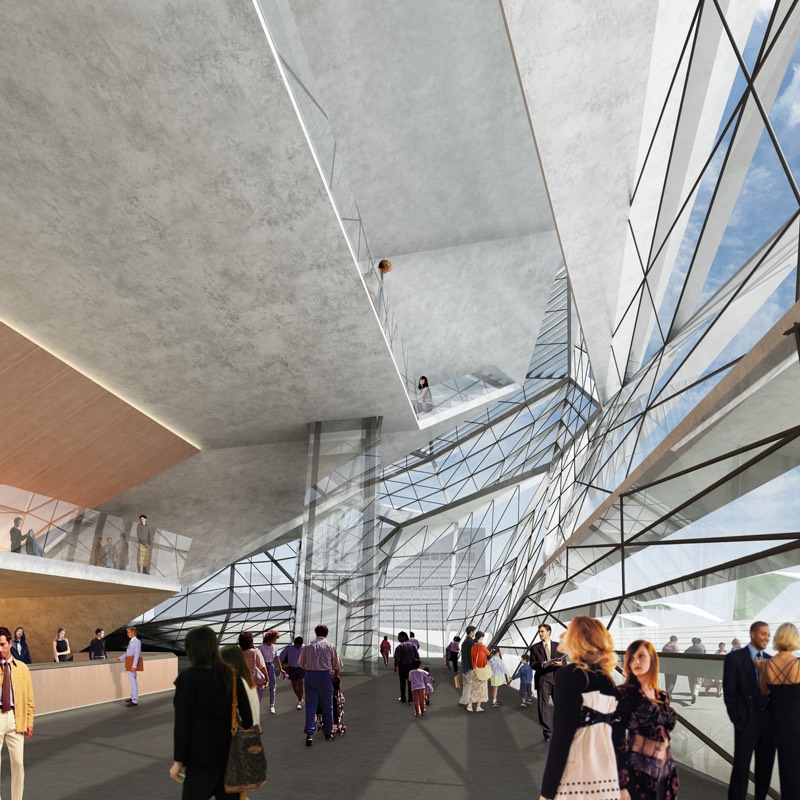 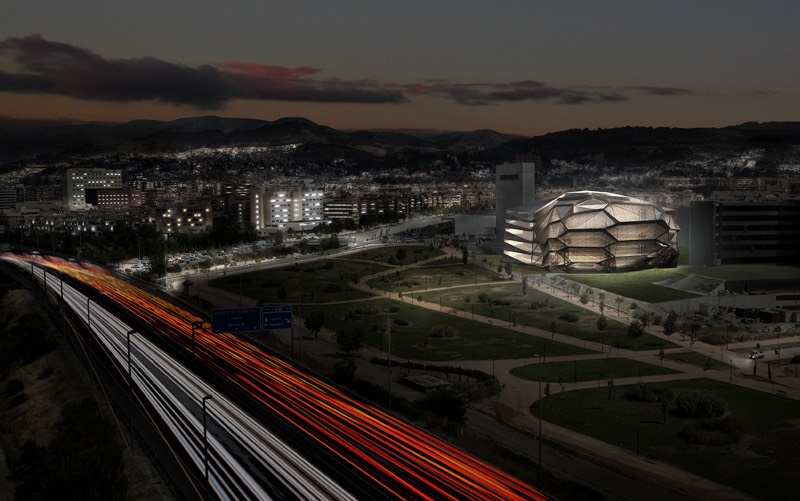 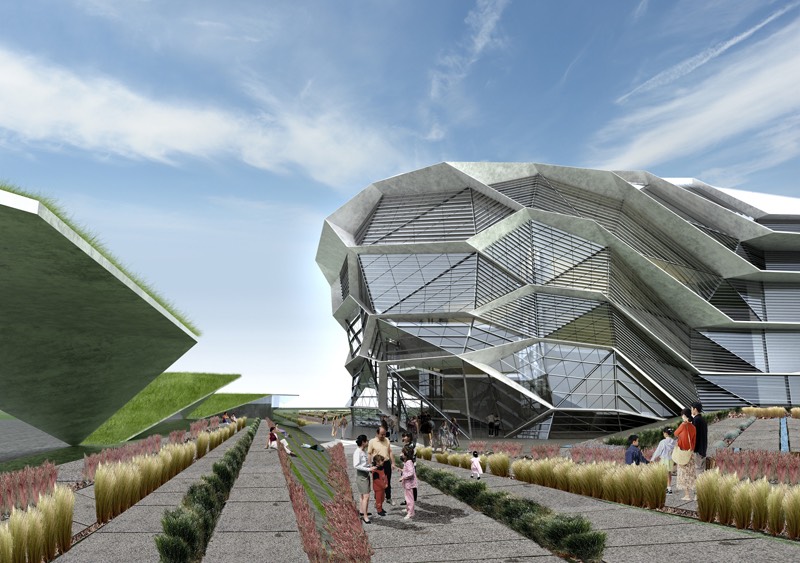 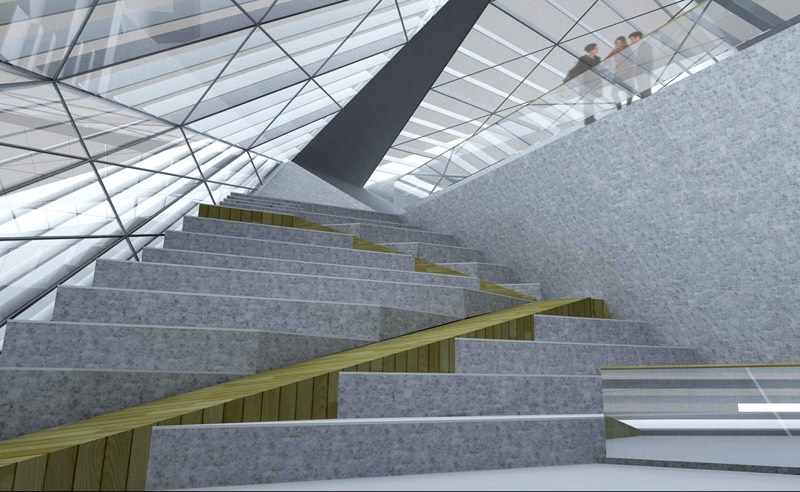 A building that evokes the structure of a fruit, an iconic image to the development of the city of Granada

A building that evokes the structure of a fruit, an iconic image to the development of the city of Granada

Granatum is the title of this competition. A building that evokes the structure of a symbolic fruit for Granada. A geometry inspired on the nature. The honeycomb grid is adopted as the best way to connect spaces at different heights and to organize the whole audience. It is also the base for the structural system, as it becomes the principle to solve the structure of a no-column space.

The hall configuration is a “fan type”, trying to avoid the strong hierarchy of the “shoe box”, with impersonalized stalls and small boxes on the upper levels. The hall proposed has 1462 seats organized equally in a series of terraces around the stage that impedes the discrimination of the audience The hall is considered here as a social space, compact and cozy, reproducing the spirit of the Old Italian opera theatres, where the relation among the audience was also very important.

The foyers are part of the thickness of the façade, facing the open space of the future development of the city beyond the loop highway at the back of the site. The entrance is also tangential to the main axis of the site, a bent entrance, inspired by tradition of the Islamic architecture, entrances breaking the axis with abrupt turns, very present in the historic buildings of the city. 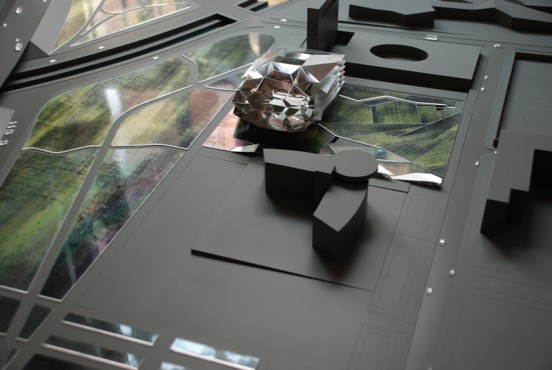 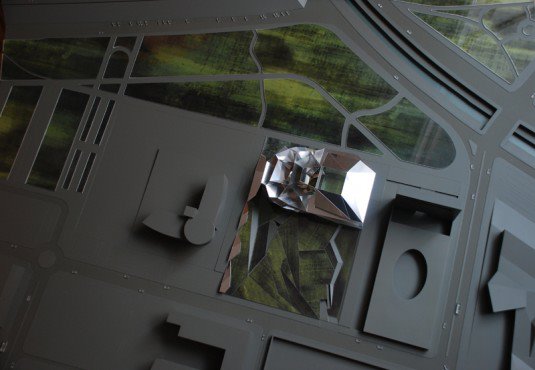 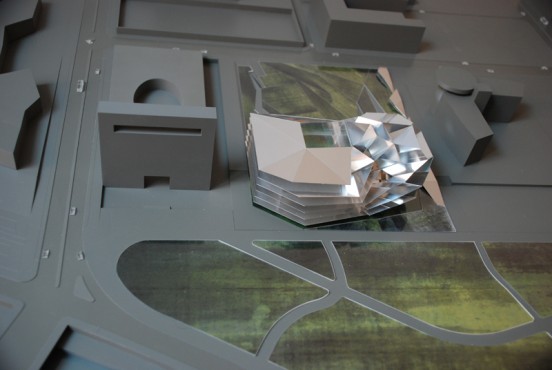 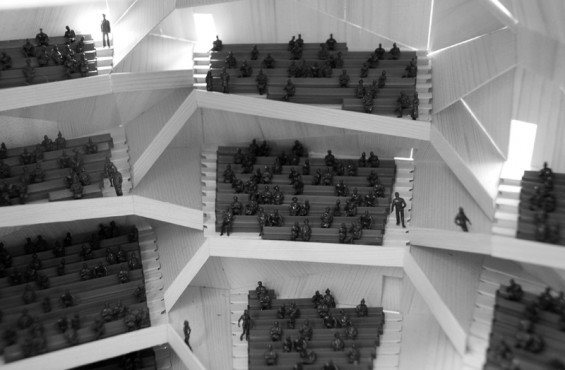 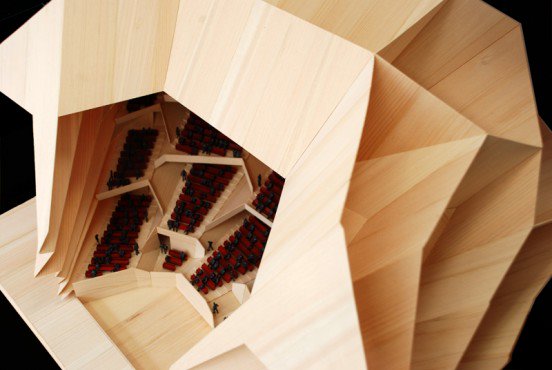 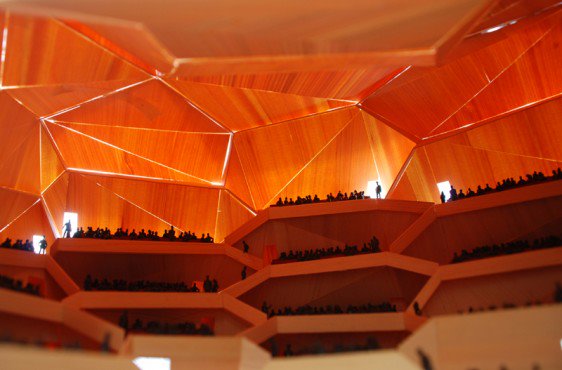 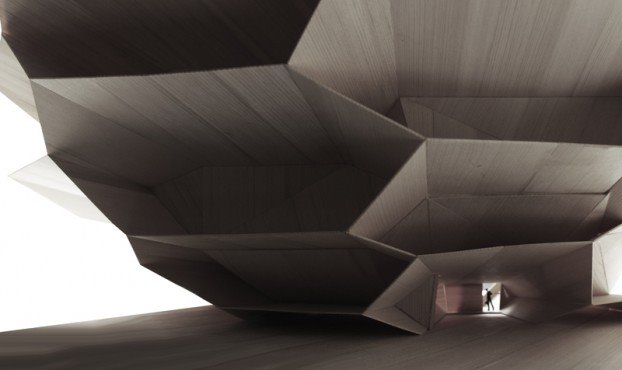