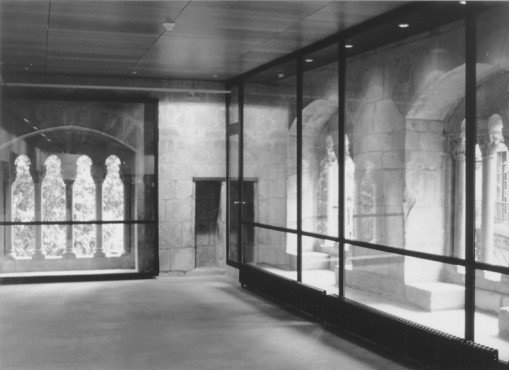 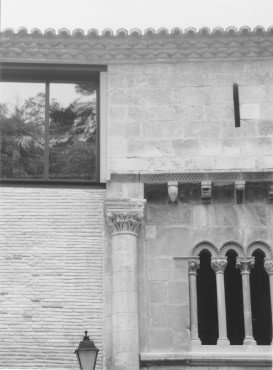 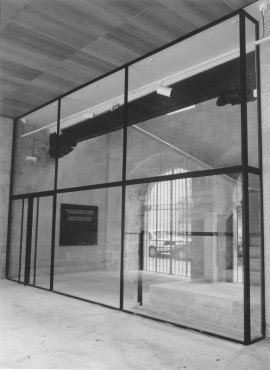 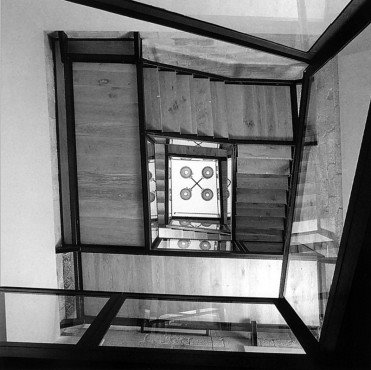 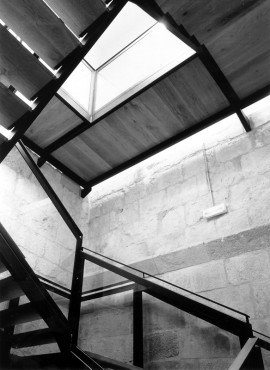 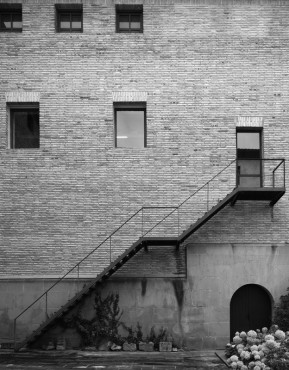 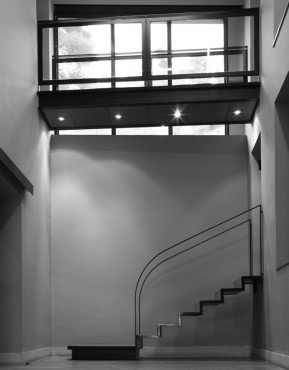 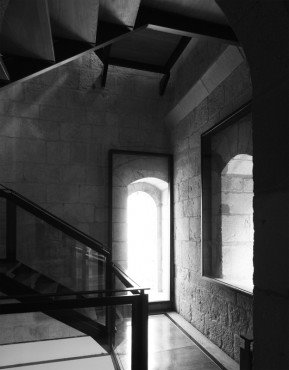 The building known as the Royal Palace of Navarre is actually three buildings arranged in a U-shape around a courtyard facing out onto the former Rua de Peregrinos (now known as Calle de San Nicolás), the Plaza de San Martín and Calle Fray Diego de Estella. Of the mediaeval palace, transformed in the Baroque era, all that remains is a consolidated ruin, maintaining its emblematic character only in the outer skin.

The intervention aims to free it from any instrumental use, to treat its canvases, windows and galleries as pieces of the museum itinerary supported by the walls added in successive restorations. This interplay of identification between inherent and external elements is developed throughout the project, recovering the former walkways as an entrance hall or the former tower as a vertical access point, whilst a continuous stone floor and abstract wood panelling endow the spatial sequence with unity.

The existing openings have been treated with individual metal frames in which the glass plane has been set back from the opening plane to frame it towards the interior and respect its exterior depth, with a view to creating an integrated and, at the same time, differentiated reading through new actions that shape the inside of the museum.