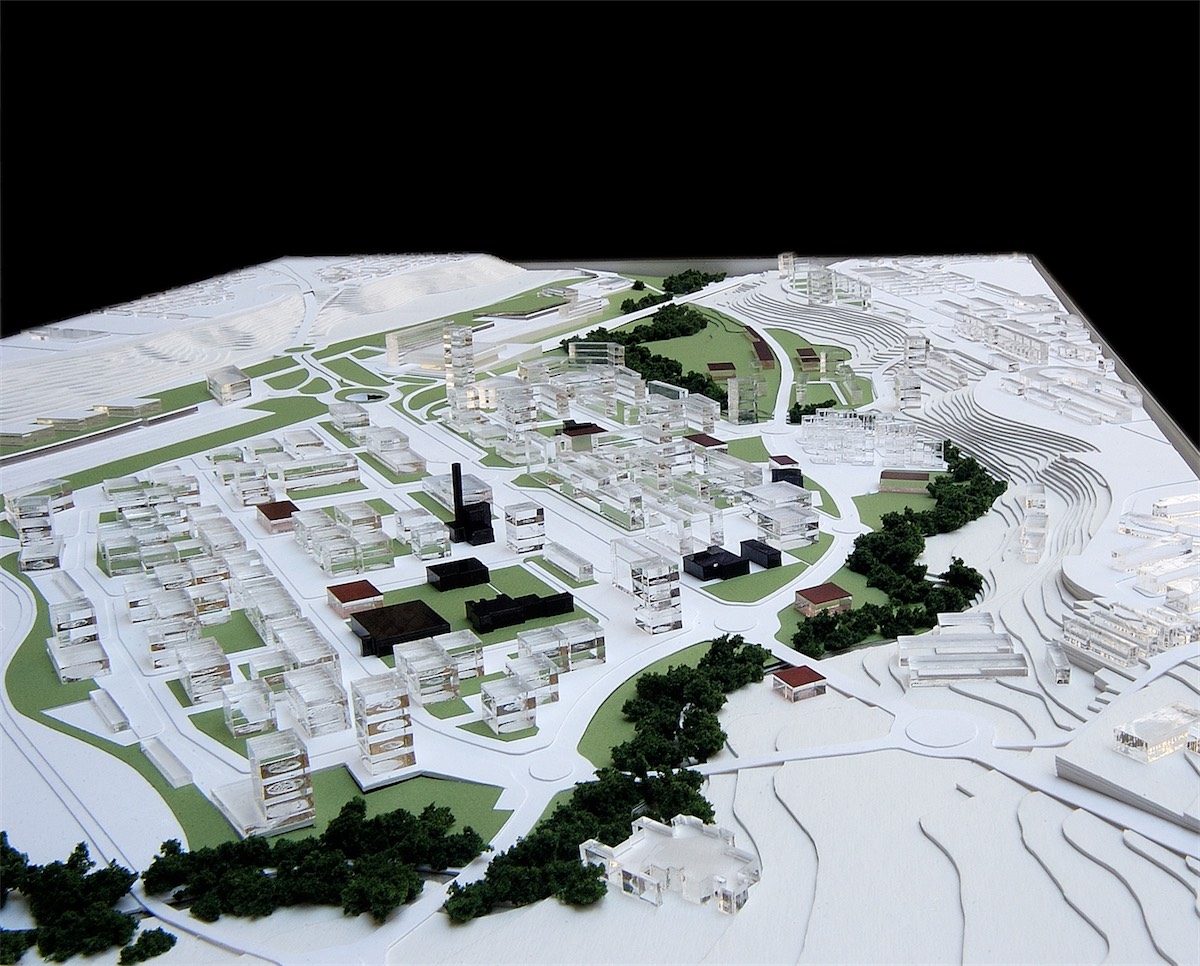 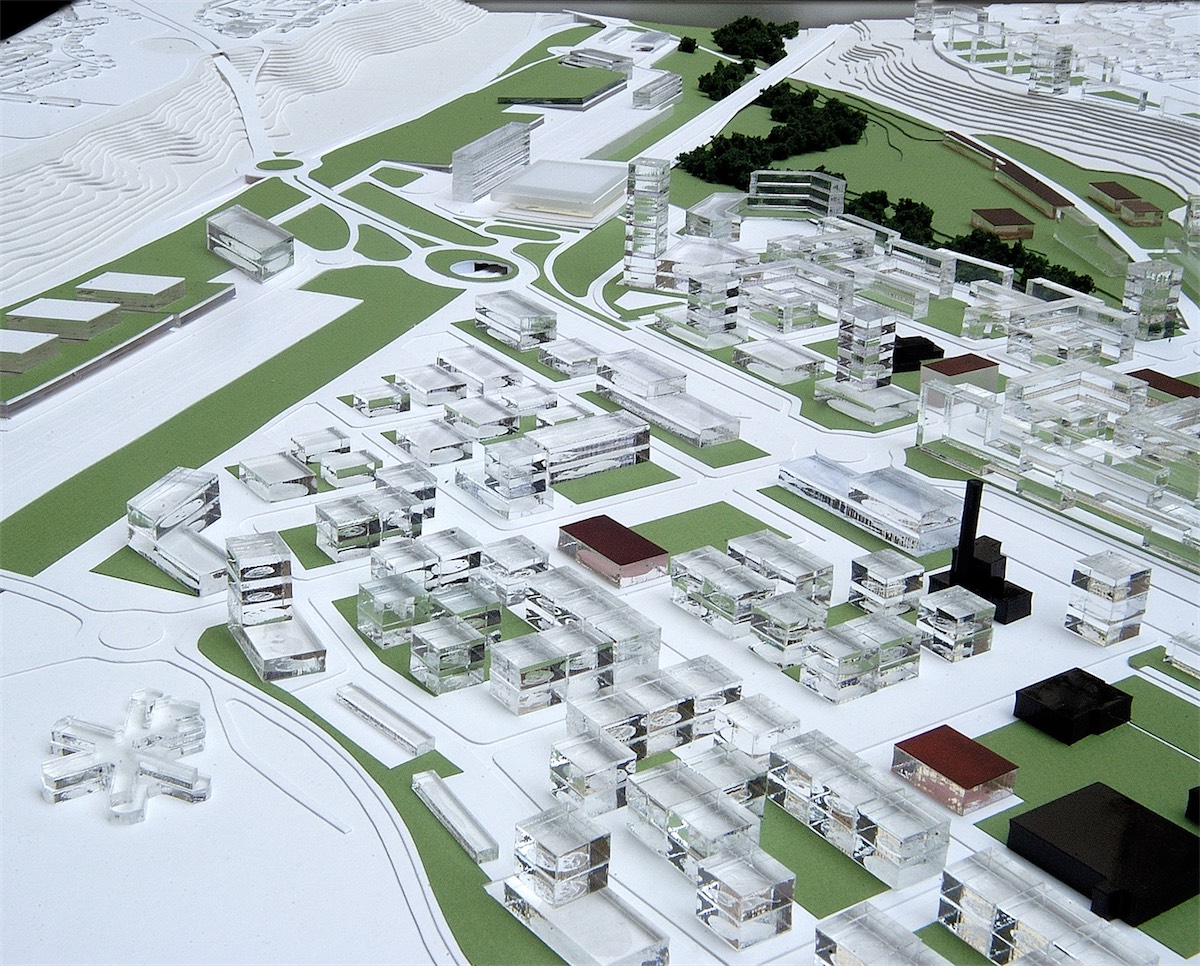 Images of the 1st area
Imágenes (2) 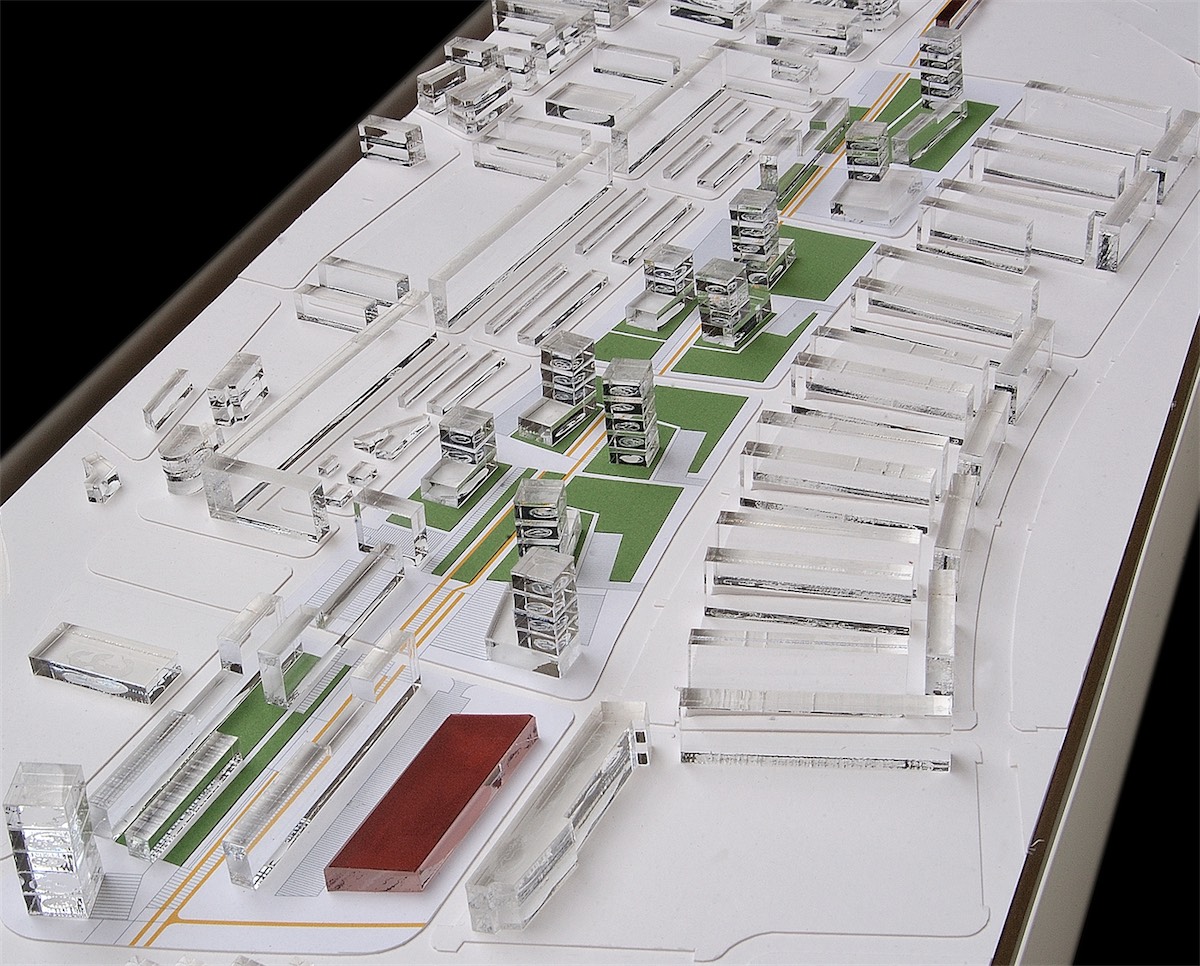 Images of the 2nd area
Imágenes (1)

The plan develops an urbanization operation, which integrates in the city some land currently peripheral and of marked industrial character.

The plan develops an urbanization operation, which integrates in the city some land currently peripheral and of marked industrial character.

In most European cities, new High Speed Train Stations are being projected in strategic locations, prioritising the possibility of creating intermodal hubs with other means of transport. At the same time, this process of creation and development of new railway environments is associated with the dismantling of many kilometres of existing rail tracks and the abandonment of former stations, buildings that over time have come to occupy central positions in the city.

From these two aspects, the phenomenon of high speed rail travel presents an opportunity for the city: on the one hand, the area where the new Station is to be located has the capacity to invigorate the surrounding area and, on the other hand, the city has the chance to recover spaces that until now have been insurmountable and discover and reuse old buildings linked to the railway and its industry for other purposes, thereby incorporating them into urban memory.

In this respect, this Supramunicipal Sector Plan is developed in two different surroundings, with specific individual characteristics; hence, although together they constitute a single sphere for urban action, in terms of projection they can be tackled separately.

In Area I (the area of the new Station), the plan develops an urban planning operation of some magnitude, which consolidates and integrates into the city terrains that are currently peripheral and markedly industrial in their character.

Based on an approach to integrate city and landscape, in which environmental matters are prioritised, the basic idea underlying the project is the recognition of the pre-existing structures and features that have shaped the history of this environment. Hence, the proposal is grounded in the recovery of the Elorz riverside city park and existing building: the silo of the former flour mill, the convent of the Carmelite Nuns, the church of Echavacoiz, and some of the buildings of the Inquinasa factory, which are used in the proposal to house aneighbourhood office, which together with new facilities will shape the main spaces and itineraries. Thanks to its presence, the memory of the place will be incorporated into the urban landscape and undoubtedly enrich the established layout.

In Area II (the area of the Old Station), the proposal is approached from totally different objectives. The objective of the project is to overcome the physical barrier created until now by the existing railway tracks, in order to fuse the existing fracture between the surrounding neighbourhoods, viewed as isolated units, oblivious to the possibility that one day the train tracks might disappear.

With this dual objective of longitudinal linearity and transversal linking between neighbourhoods, an intervention is planned that moves away from convention layouts and aims to connect surrounding settlements using more landscape-based parameters. Hence, the proposal includes a large linear park around a cycle and footpath that follows the train tracks. The residential properties will be distributed along this path, grouping various different sized blocks together to create meeting spaces.