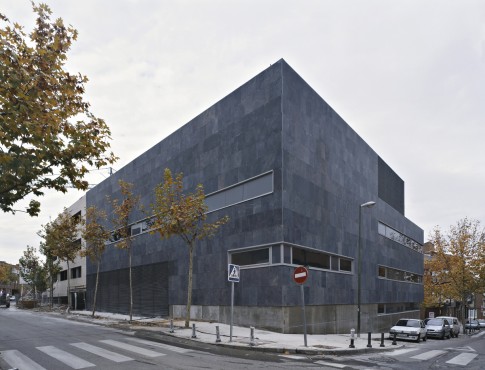 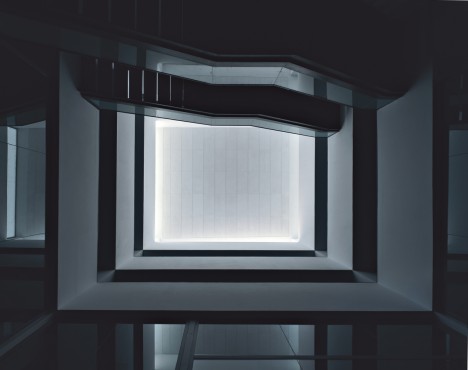 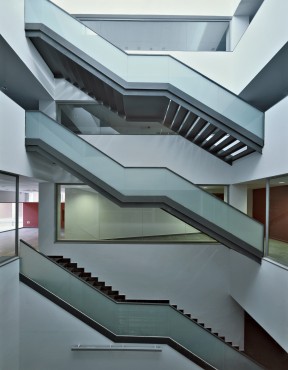 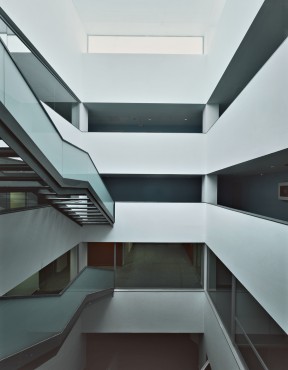 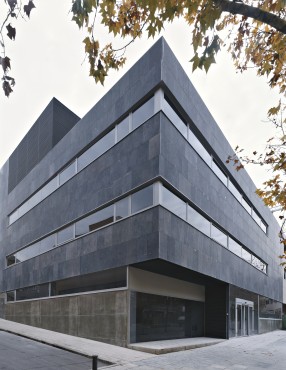 The building is like an experimental deposit box, a music box where the architecture, as a spatial experience, takes place in time. It is born like from a proposition parting from it’s position upon the site and through the search and protection of the spare directions it has. Starting from an excessive site development programme, it is considered like a game which leaves interstitial areas, and gaps through which a light penetrates, which brings life to a bound together group of isolated spaces.

The box must be opened so that the living being? may enter, and wisdom exits. It opens onto the north, in its most human face, towards the pedestrian walkway. An access which opens up but protects itself at the same time, which restricts but welcomes. It is the first step of a linked up succession of internal space. These are successively linked up spaces which are governed by light and shade, substantial lead players of form.

The hall is articulated by means of the interplay of compression and decompression of space which gives way to the vertical entrance hall which forms the backbone of the building, from which the main staircase ascends. This vestibule forms a large public space which articulates and binds all the floors and spaces together which encircle it all the way to the top point, which then opens out in all directions at the point where light enters to flood the space. The ground floor is kept for administration, general service areas and the library. These are more public spaces which require less control in terms of lighting and acoustics. The basement contains trial rooms and the auditorium. It is a true blind box, illuminated by the atrium which comes down, from the sky, to the ground level.