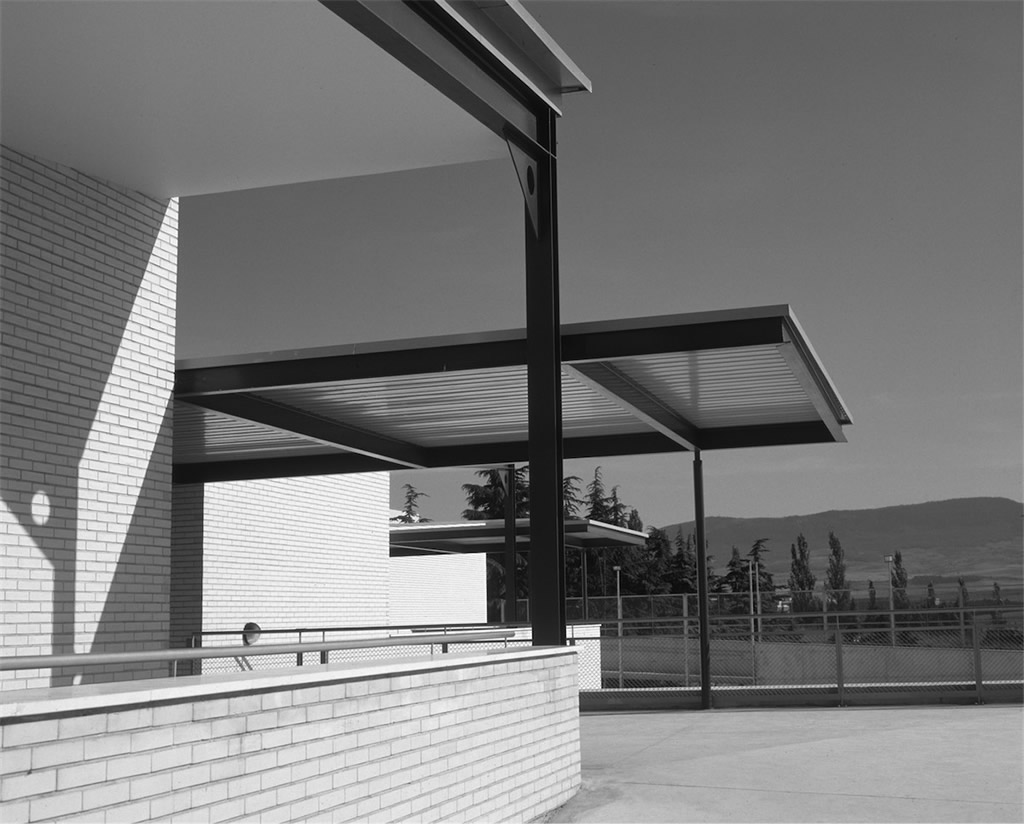 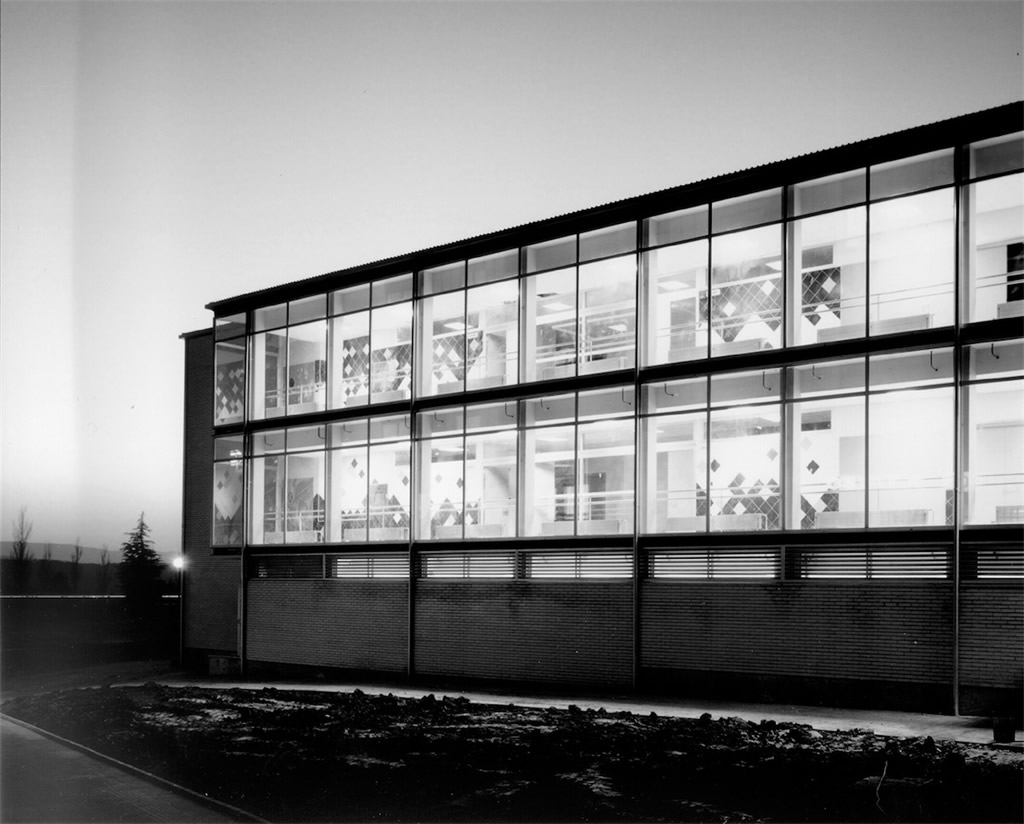 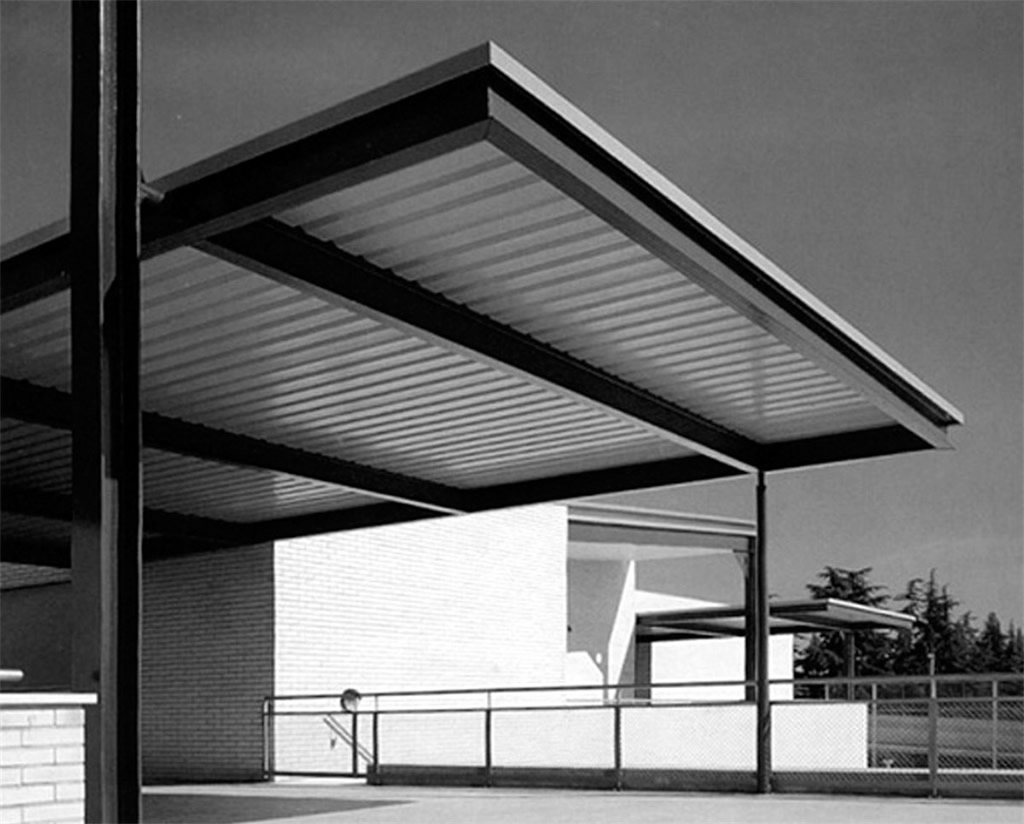 A wide watercourse links the dense and uniform city of Pamplona with the tree-lined valley of the River Sadar. Next to a road that once belonged to the historic Camino de Santiago trail, an open urban space has been shaped, surrounded by schools, with playgrounds that are linked through an opening onto the landscape that is limited to the south by a road bridge.

The new building aims to crown the urban skyline without detracting from the openness of this place, half way between the city and the countryside. Hence, the main volume is set parallel to the existing residential area, whereas the different wings are cut according to the primitive outline of the terrain, preserving a small group of trees and making the most of the views and sun exposure as elements inherent to the composition. Here, the urban skyline disappears and there is also no large horizontal platform on which the neighbourhood stands, although a series of terraced spaces are generated which respond to different uses and which are transformed into urban spaces of transition towards the park.

The building volume responds to a complex programme with communal areas and independent bodies that create a succession of naves and patios intersecting with the main area of surgeries and offices. A shared entrance hall that links into the public room organises movement according to a variable sequence that permits the identification of different areas and constitutes one of the objectives of this project. Internal flexibility is guaranteed through a wide span construction and straight-forward building resources, placing all the emphasis on the linear distributors and the spatial fluidity between the interior and exterior.

The complex is understood as an operation of adaptation to the place in which the entire plot of land is manipulated in accordance with a strategy of opposition between empty and full, between building and patios, between raised platform and trough; to such an extent that only in their interrelation is it possible to discover the meaning of an architecture of simple forms that acquires its own personality through its relationship with the place.