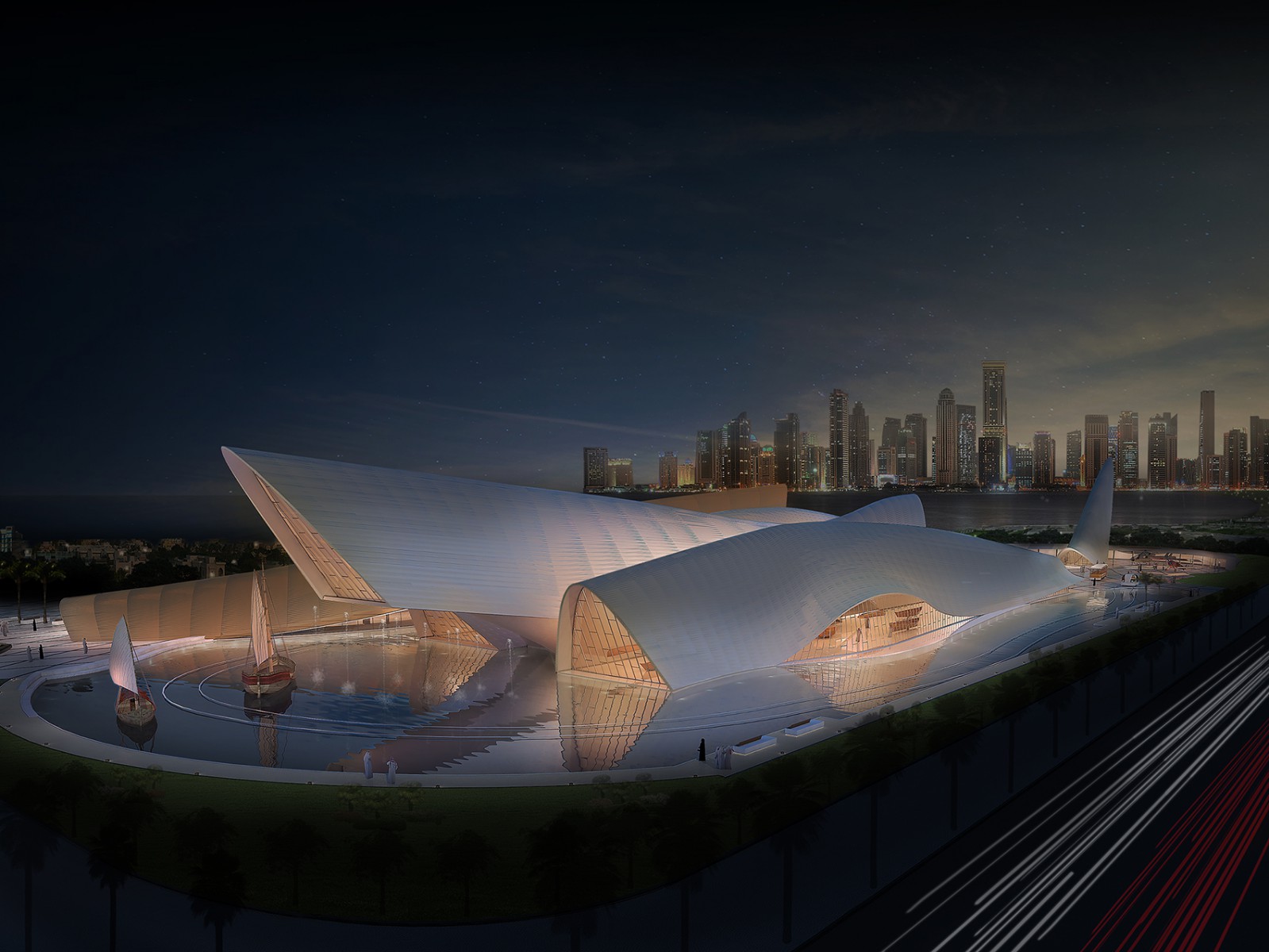 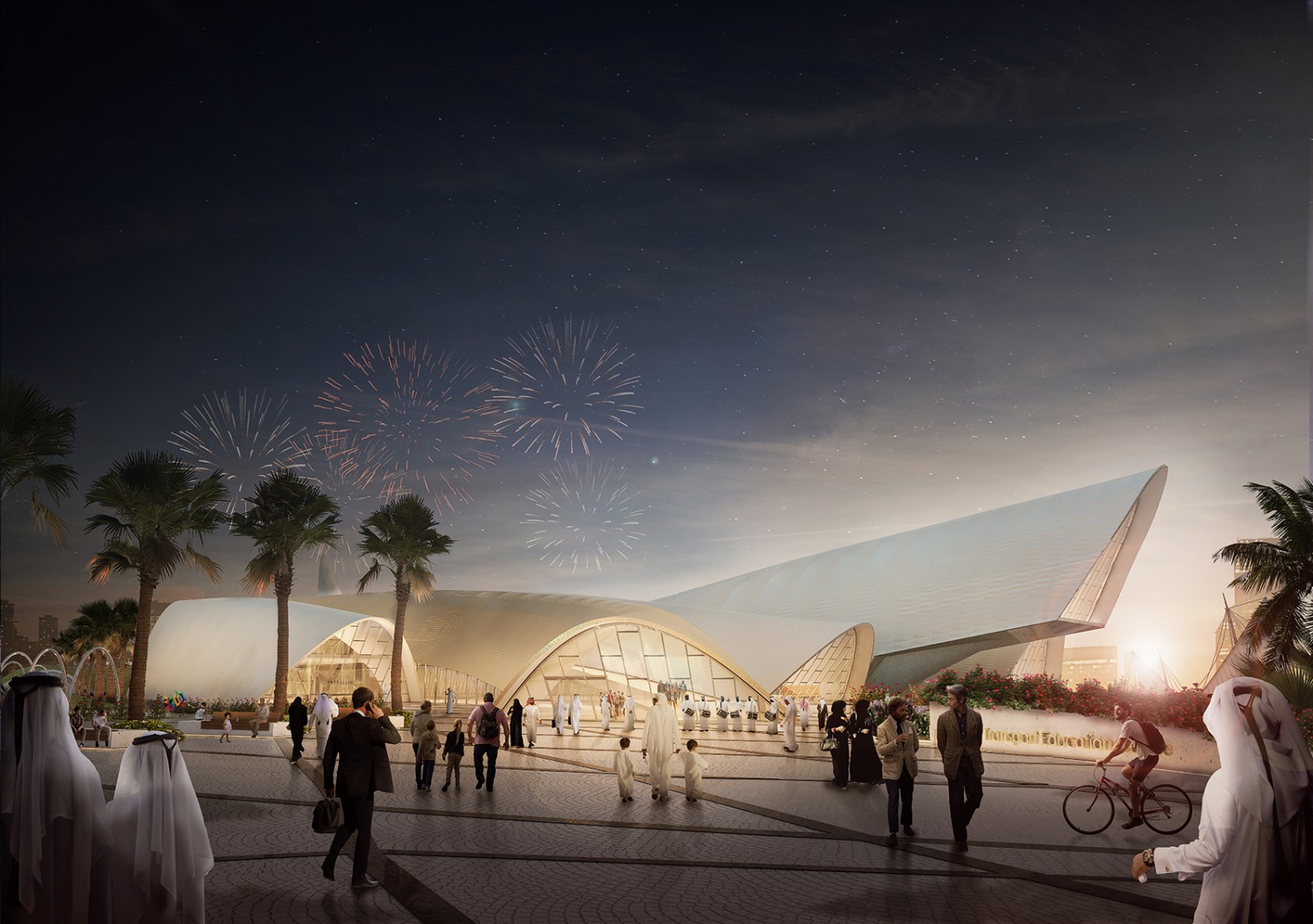 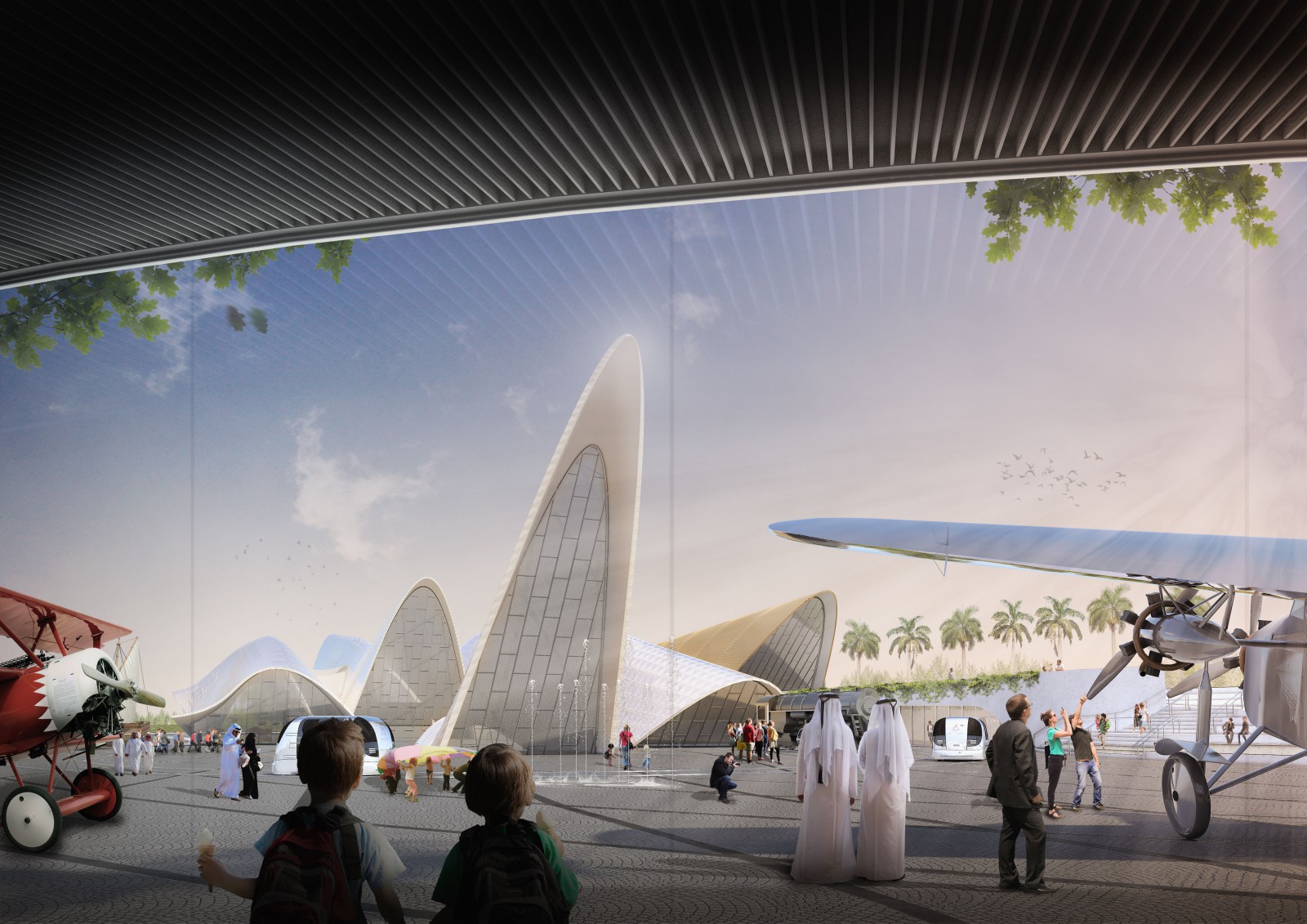 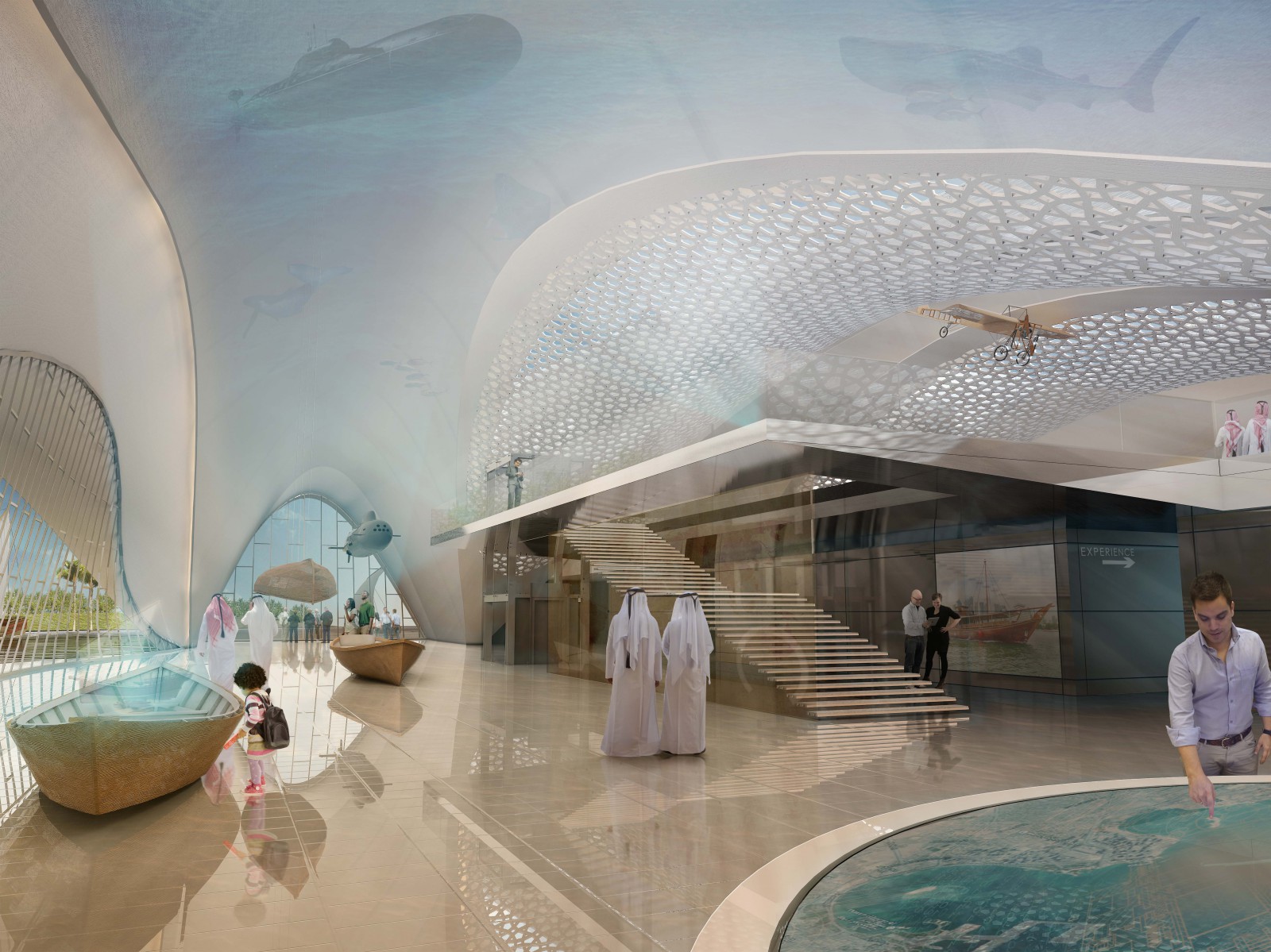 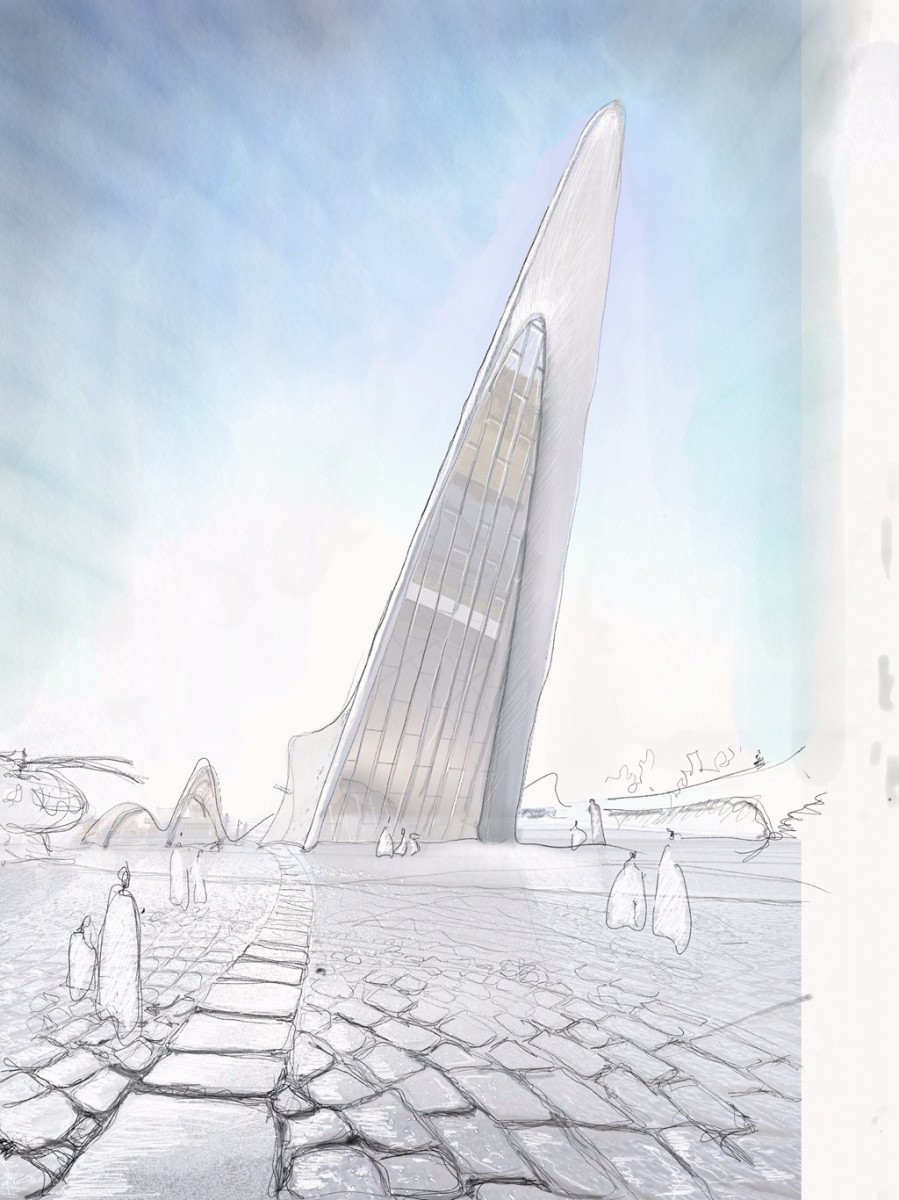 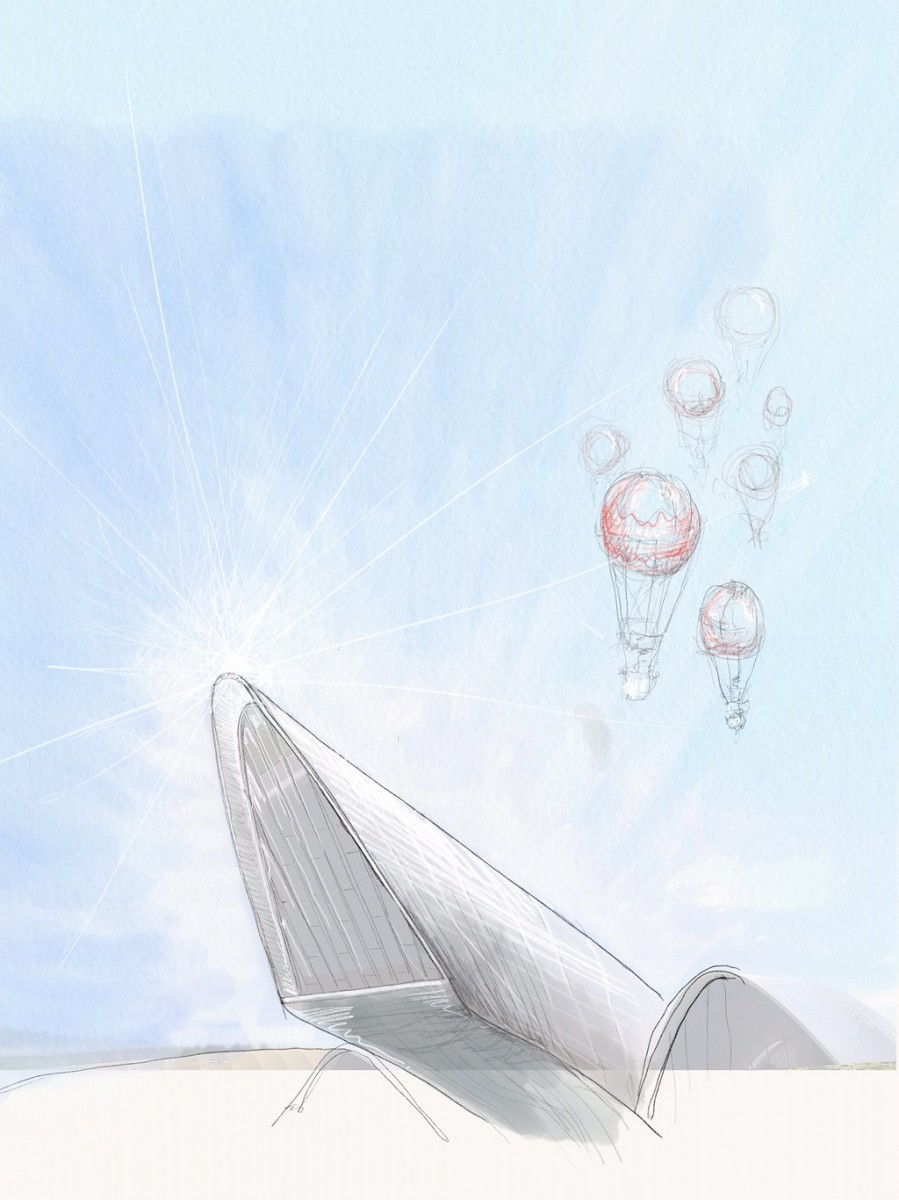 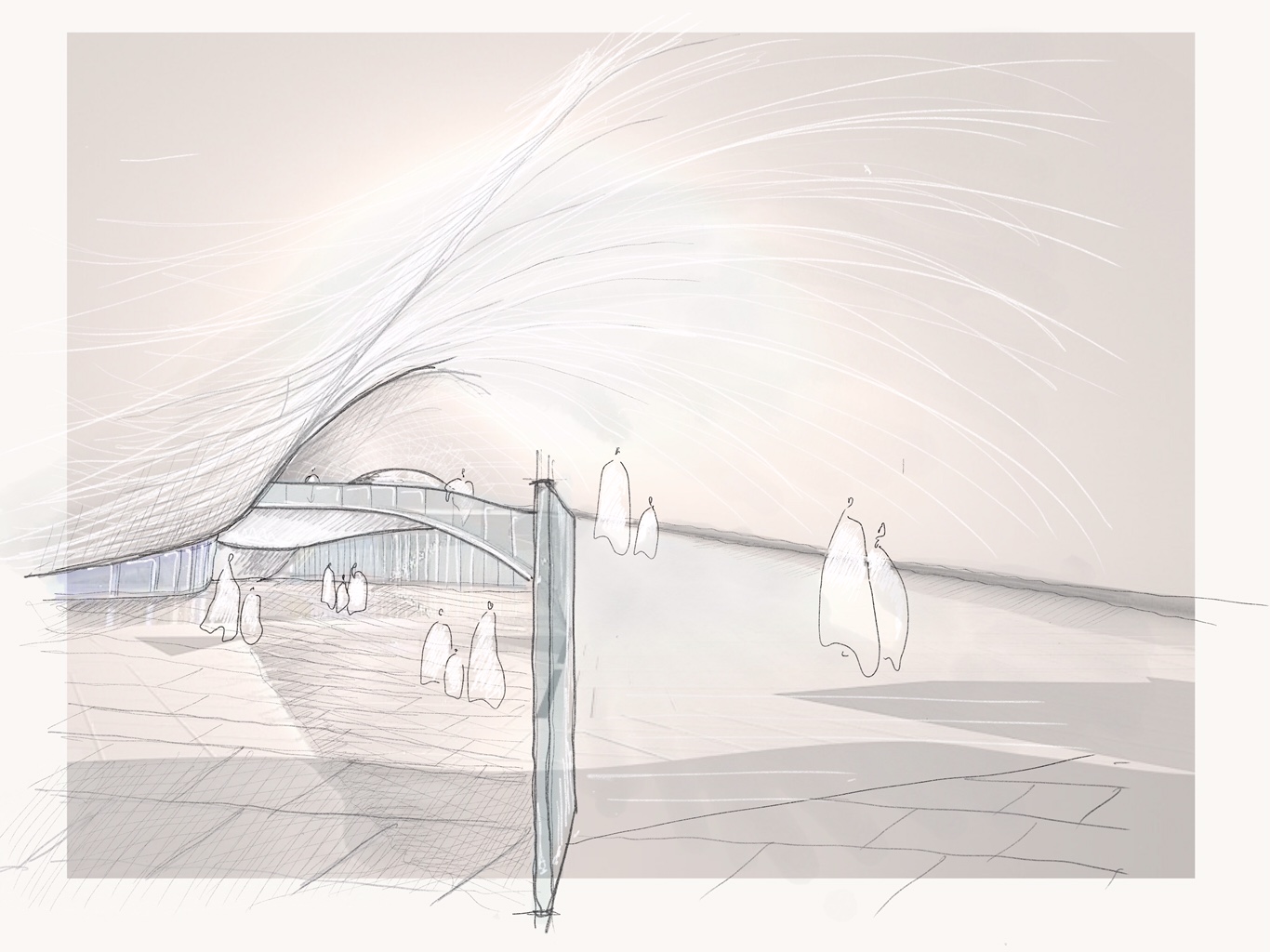 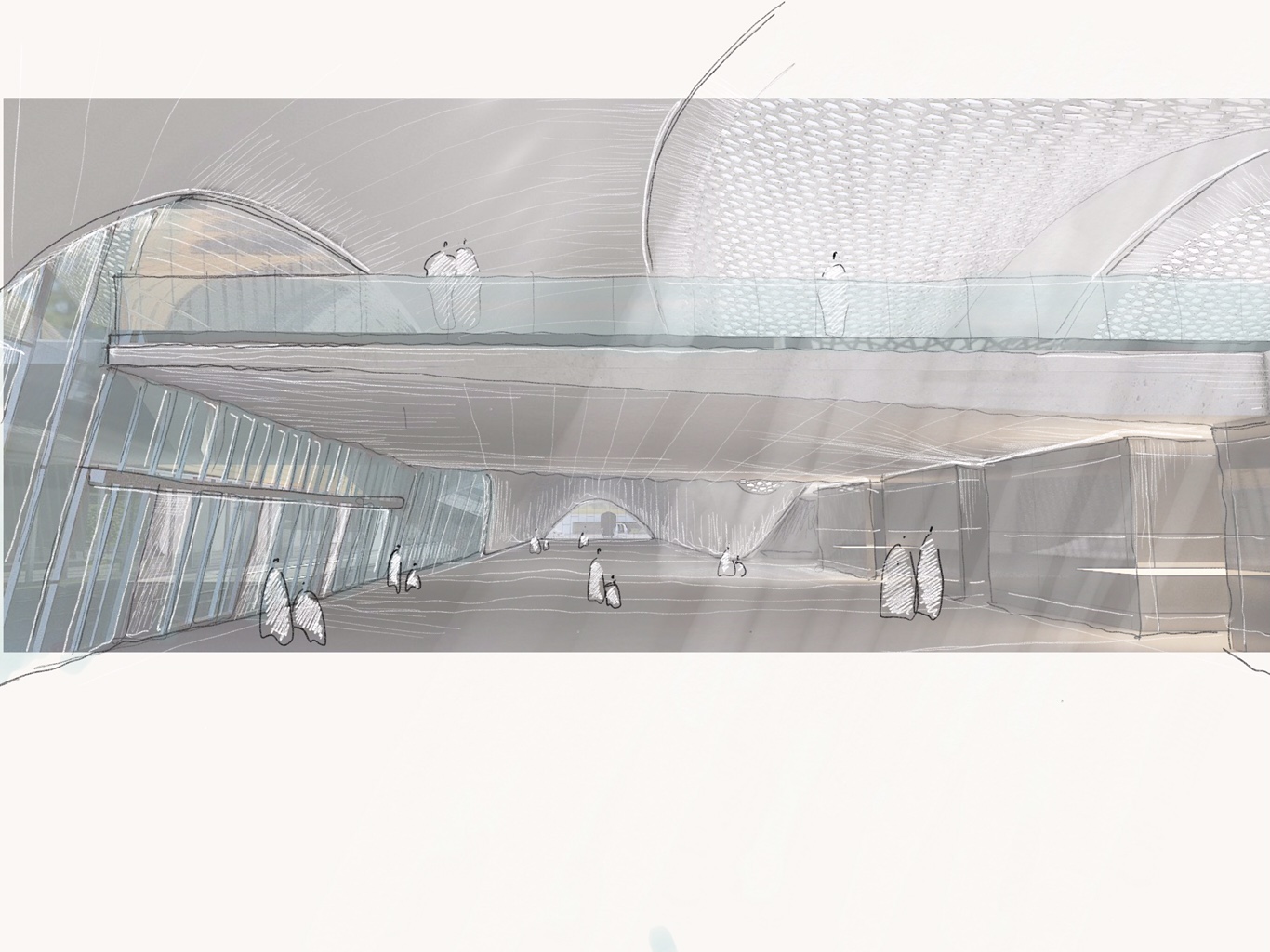 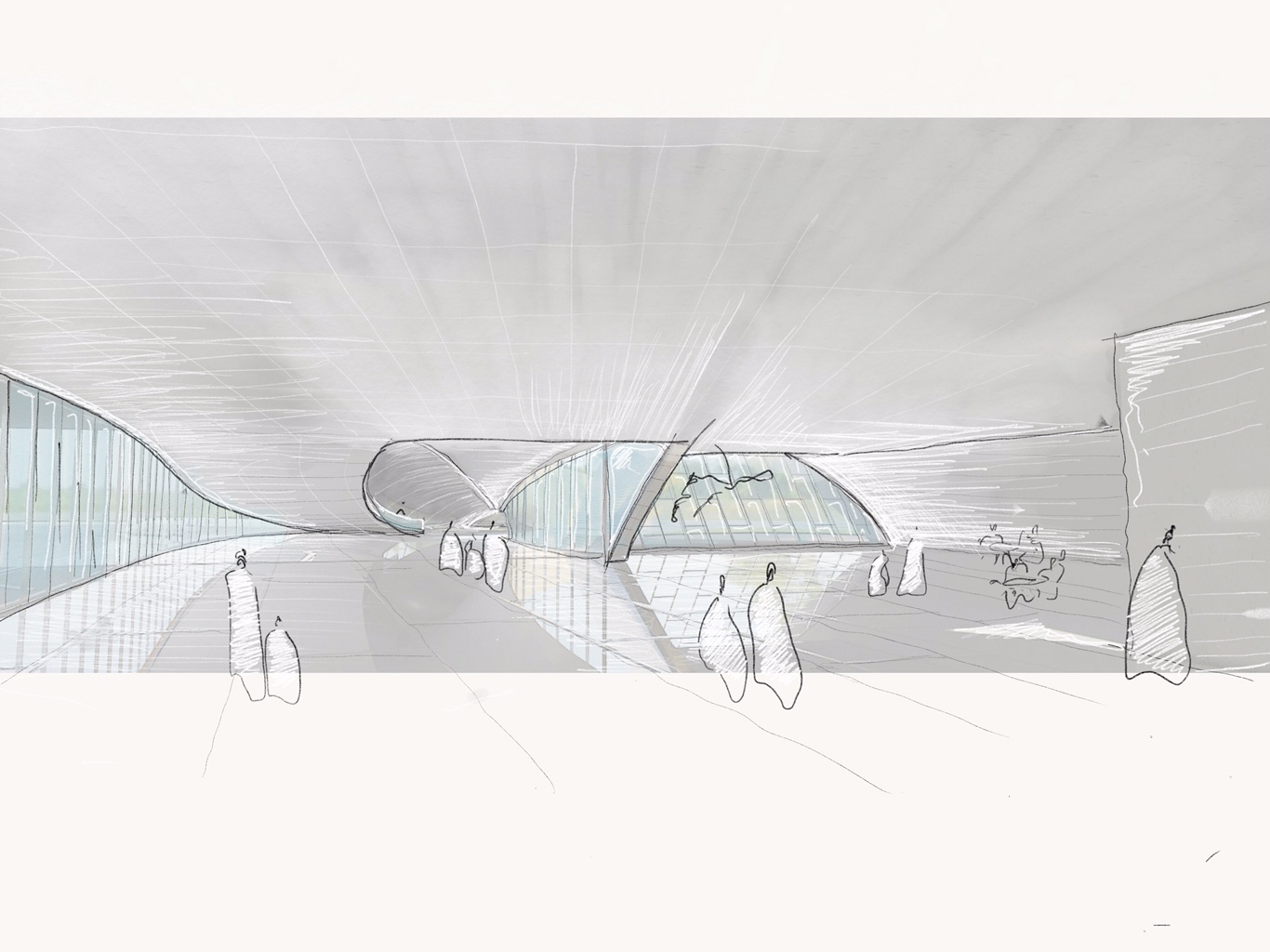 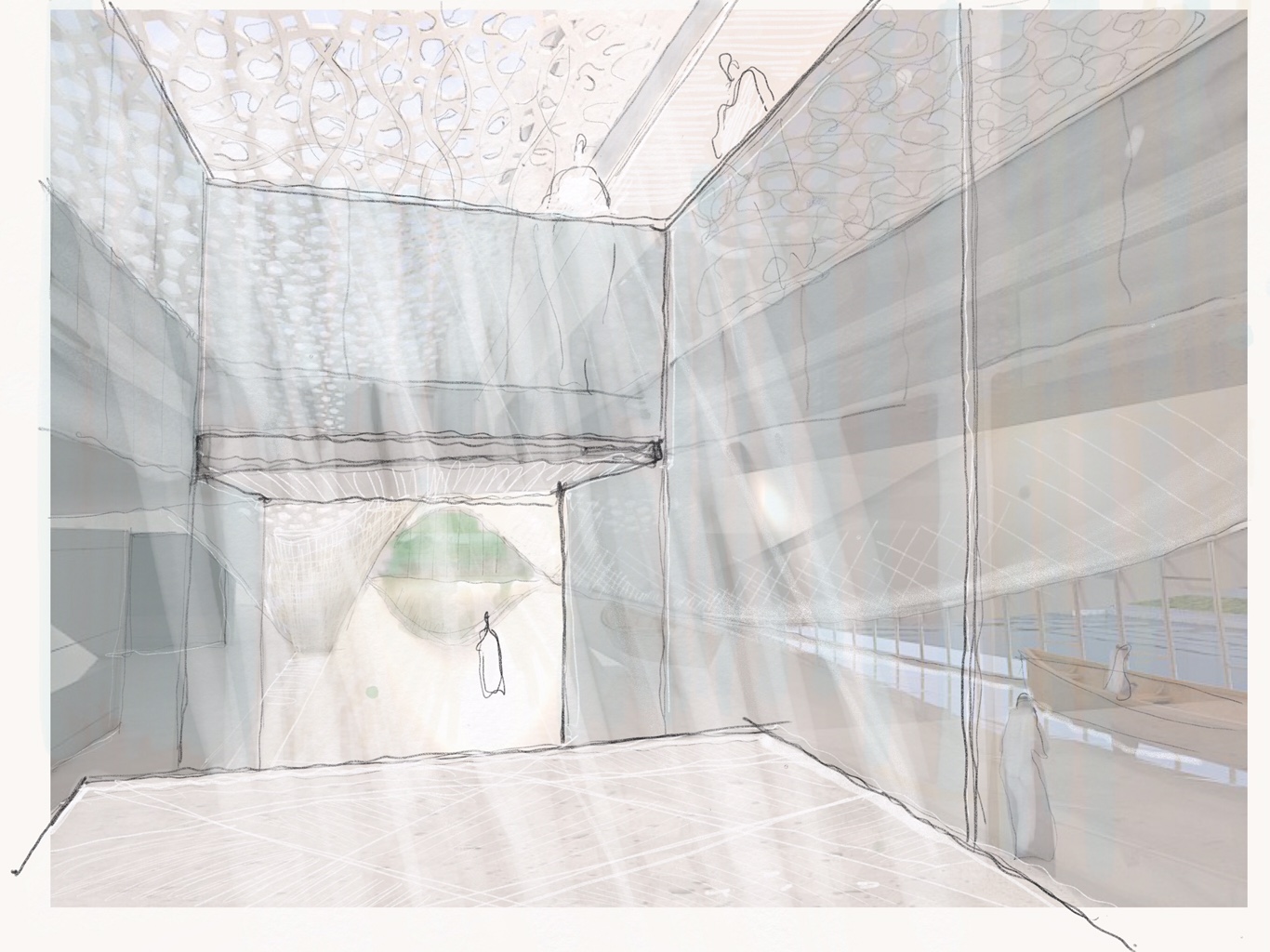 Formal evolution of dunes and tent construction, creating a link between Qatari tradition and the contemporary city

Formal evolution of dunes and tent construction, creating a link between Qatari tradition and the contemporary city

Proposal for the Transport Education Centre in Doha, Qatar.

Long time ago Qatar belonged to an old world where only through land and water the people and goods where able to move. An epoch when the time had a different measure for human lives and textile forms were central to understand how to live in movement: the sail of the dhows in the gulf and the fabric of the tents in the desert caravans.

Those images of lightness over the subtle curved surfaces of the dunes and the waves, with an airy space of light and shadows underneath are part of Qatar history and still stand on people’s memory. Modern era added a new mode of transportation: the air that signified the major conquest of twentieth century. Again waving forms are flying over a curved blanket of clouds that evokes the ancient Qatari fondness for falconry.

Current world is dominated by a new paradigm of speed that is redesigning the shape of the transportation machines, more and more adapted to natural forms that remind those of the primitive modes where the direct response to air, land and water dictated the means of transport.

Moreover, the twenty first century is opening a new frontier; the wireless transportation that connects and virtually transports the people from one place to another: A technological output that is asking for new cultural references.

What will be unique in the new Transport Education Centre is the linkage between the past and modernity, between old traditions grounded in Qatar and the new infrastructures that are transforming Qatar into a new country, a world transportation hub within a connected city through an efficient public rail network system.

This group of related ideas are translated into a design that creates a unique experience through a museographic sequence of individual events, each one linked to a different transport system which combines traditional elements of Qatari history with modern achievements of Qatari society.

Travelling is the story that takes place during the movement between different geographical locations, through land, water and air carried out through different means of transport. Travel also involves stays and experiences between successive movements where knowledge is
collected and engraved in people’s memories as part of their own history.