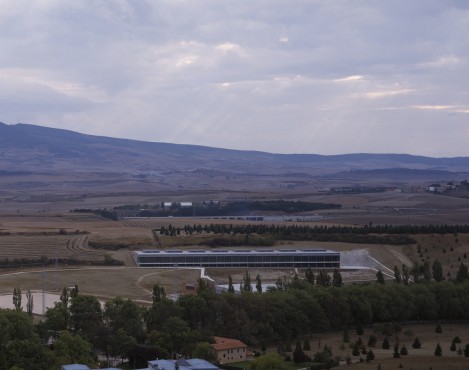 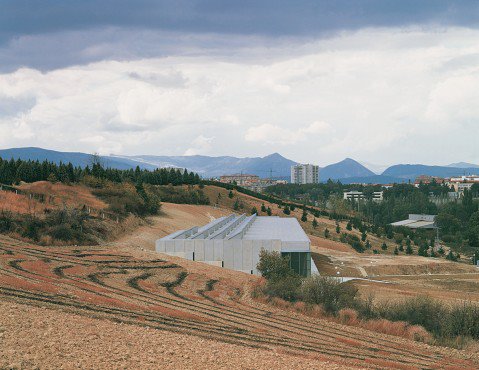 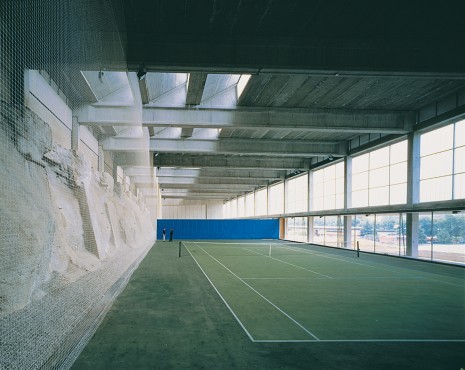 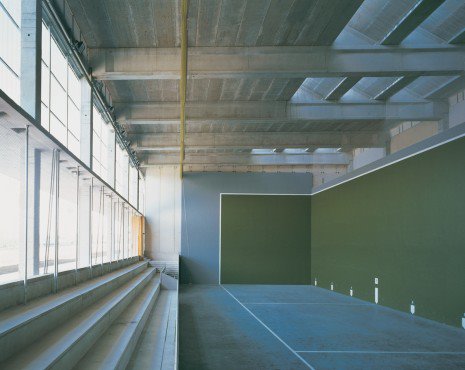 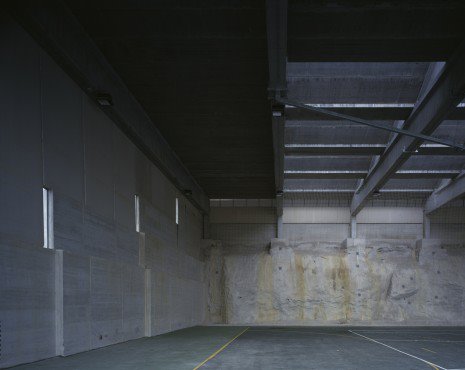 In spite of a previous urban development which supported a spread of sporting programmes in a splintered isolation where management control was difficult, this time it has been a question of maintaining the unique flavour of the university campus, as a great civil park where free space covered in trees is the main feature, in a spot where the silhouettes of buildings can be seen.

The idea of mixing the new facilities into a unifying, whole entity excavated on the slope is backed up by a shift in height on the hillside to avoid encroaching on the immediate environment of the current multipurpose sports complex. The new building with its sheltered courts, a multipurpose facility , - with tennis  courts, pelota courts- is embedded in the hillside , to serve as a base construction for the new sporting installations, which are laid out in terrace form, and to underpin a great asymmetric structure facing the even light of the north.

The newly constructed front opens on to the Campus, which is now depicted from a new perspective raised above the water course and the treed area, thus avoiding competition with other buildings, at the same time avoiding the creation of inevitable dead zones of pelota courts and closed multipurpose courts, whilst creating an important central park space to go hand in hand with the existing one.

The different widths and heights of the sporting enclosures are absorbed into the hillside by means of layered cuts -whose natural incline is taken care of by projections of concrete-, and comprise the background for the playing courts. On top of this contentious operation of displacement there arises a structure of pillars and joists, well illuminated at   six metres intervals. The twenty six apertures are closed in at the top by a system of prefabricated sheets which contain rows of floodlights which ensure even illumination of the courts, whose rustic aspect at the base is in stark contrast to the lattice framework of the facade and the continuous U-glass front. Outside, a shaft of counterbalanced concrete protects the access road and helps define the double standard, distinguishing between a rigid plan of translucent glasswork and the transparent mesh of the shaded access area.