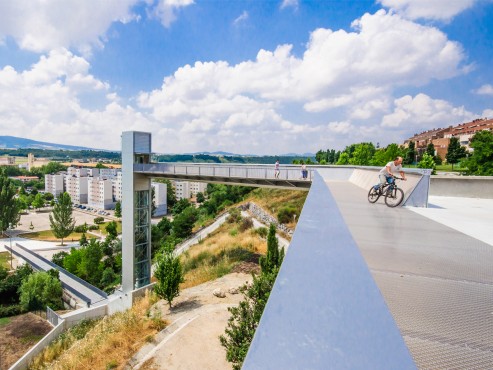 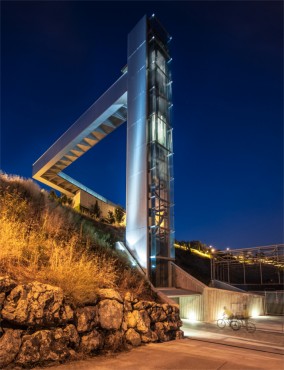 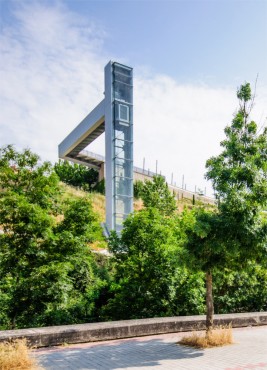 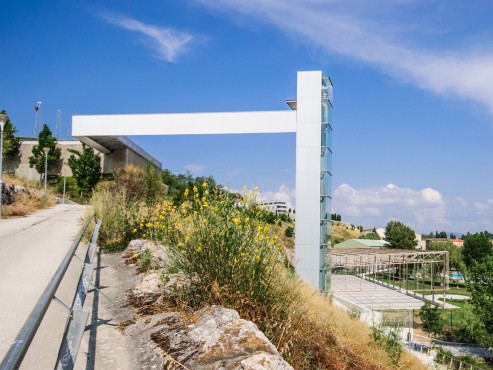 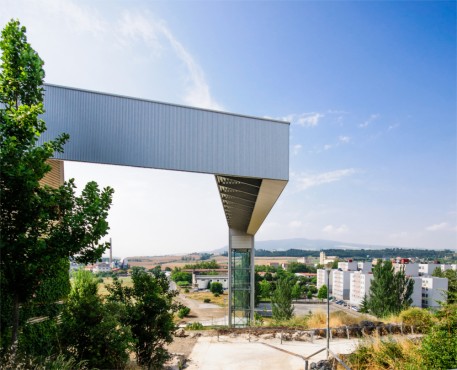 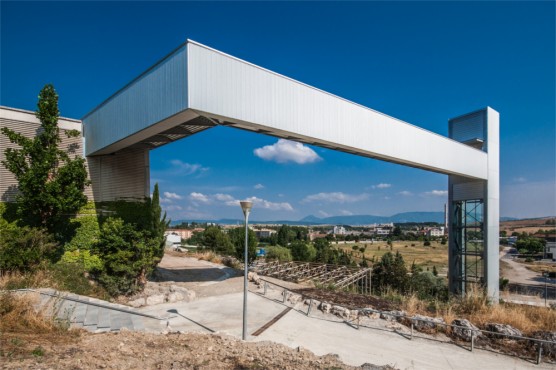 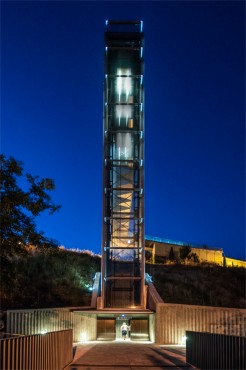 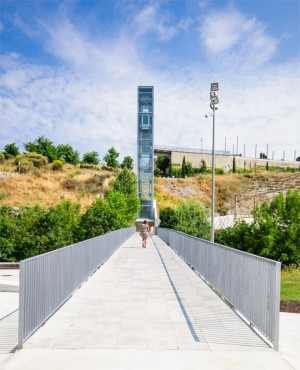 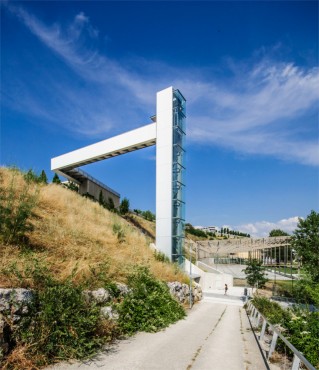 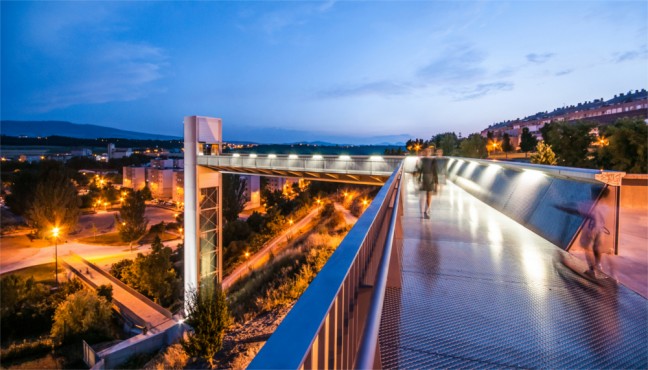 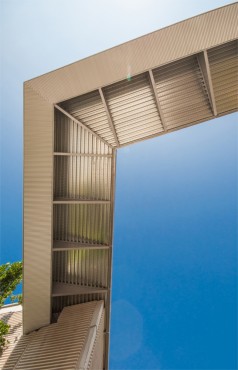 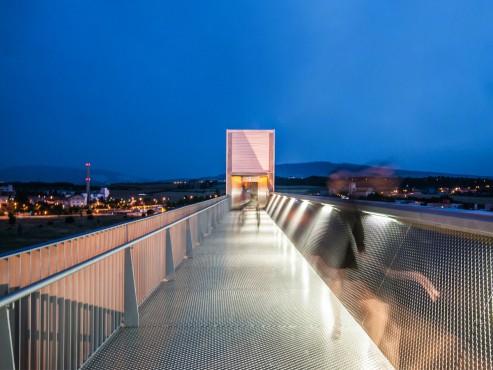 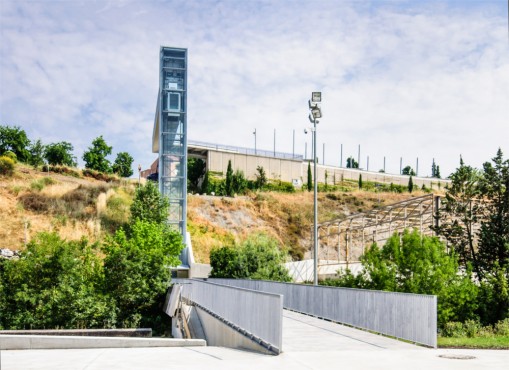 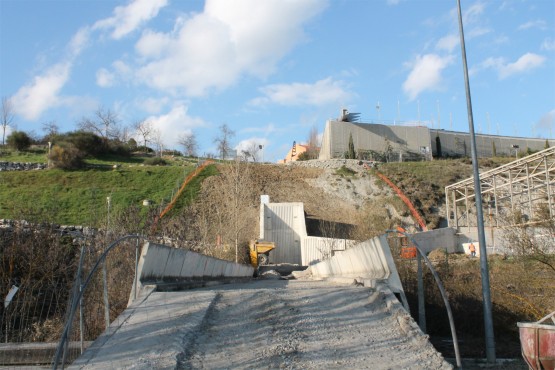 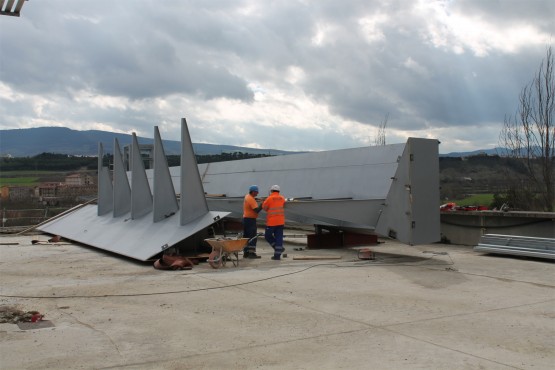 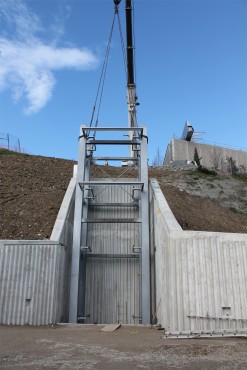 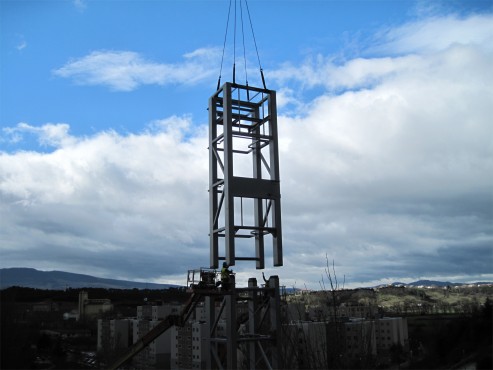 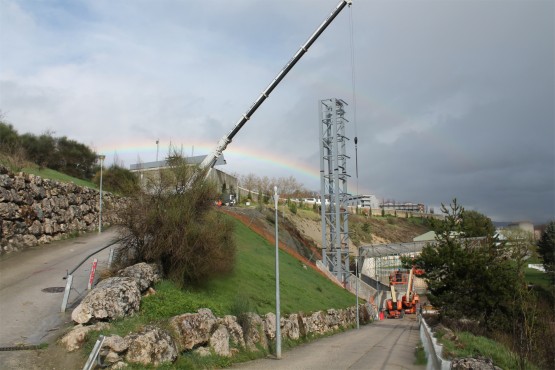 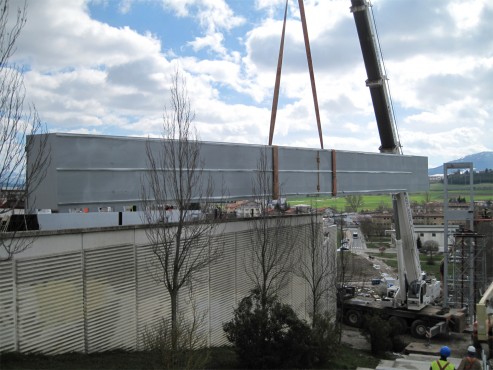 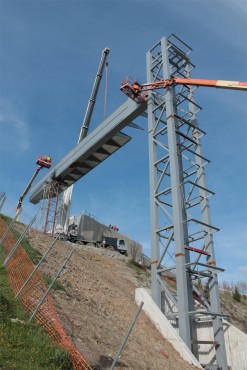 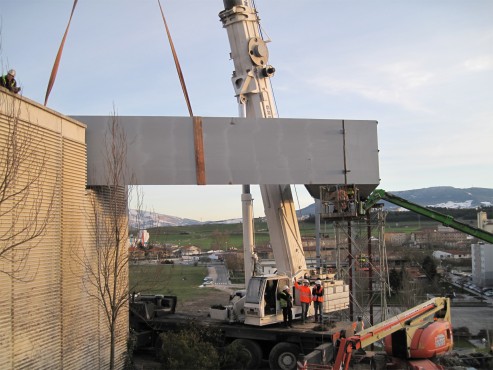 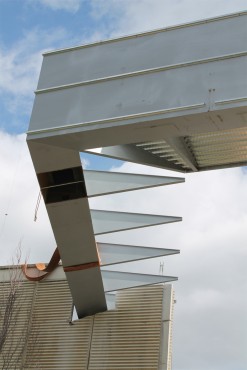 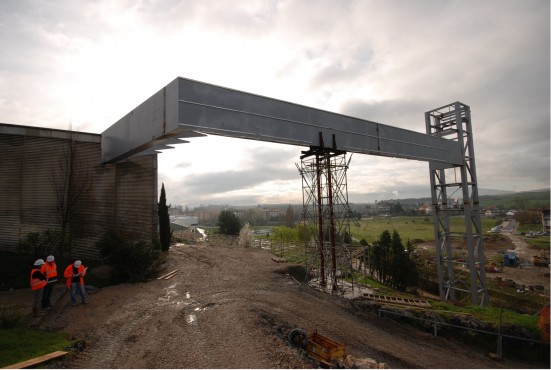 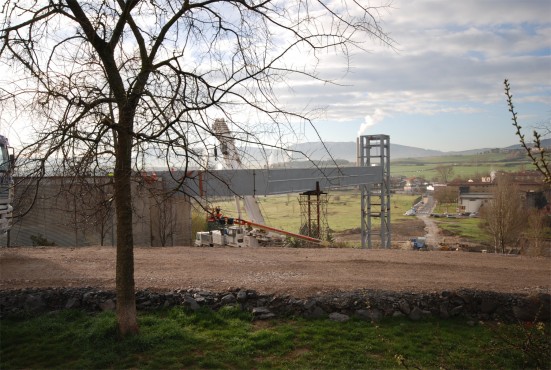 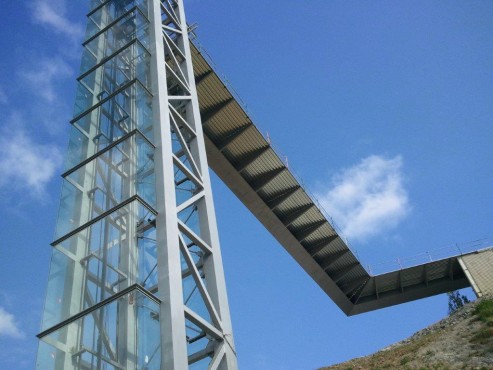 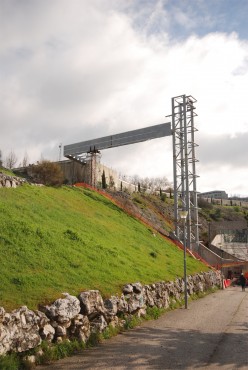 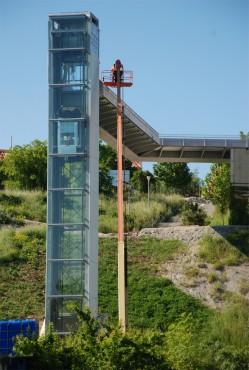 This project emerge from an R+D+I study on Pedestrian Mobility in “Echavacoiz Norte”, commissioned by the City Council of Pamplona to the Innovation Department of ah asociados. In this research, three critical areas with historical accessibility and urban integration problems were detected and could be solved by implementing mechanical systems.

One of these three critical areas was to resolve the precarious pedestrian ramp access and stairs which overcome thirty meters height difference between levels. These accesses were also used by neighbors of “Urdanoz Group” to reach the elevated area where there was a perimeter walkway and the neighborhood of “Echavacoiz Norte”.

This project was intended to solve current accessibility problems through two footbridges and a lift, which turned into an urban reference of the integration of Echavacoiz into the city and into an object sensible to its own urban landscape. This has been possible by linking the upper pathway with the river park and with the future neighborhood of the AVE.

The pathway along the Elorz River and the one to the neighborhood encountered in the bridge. This made it possible to introduce new pedestrian and cyclist roads between the two urban levels and implement an architectural element that turned the panoramic footbridge and the panoramic tower into one.

The project enhances the simplicity of each element, avoiding any excess of constructive formalism.