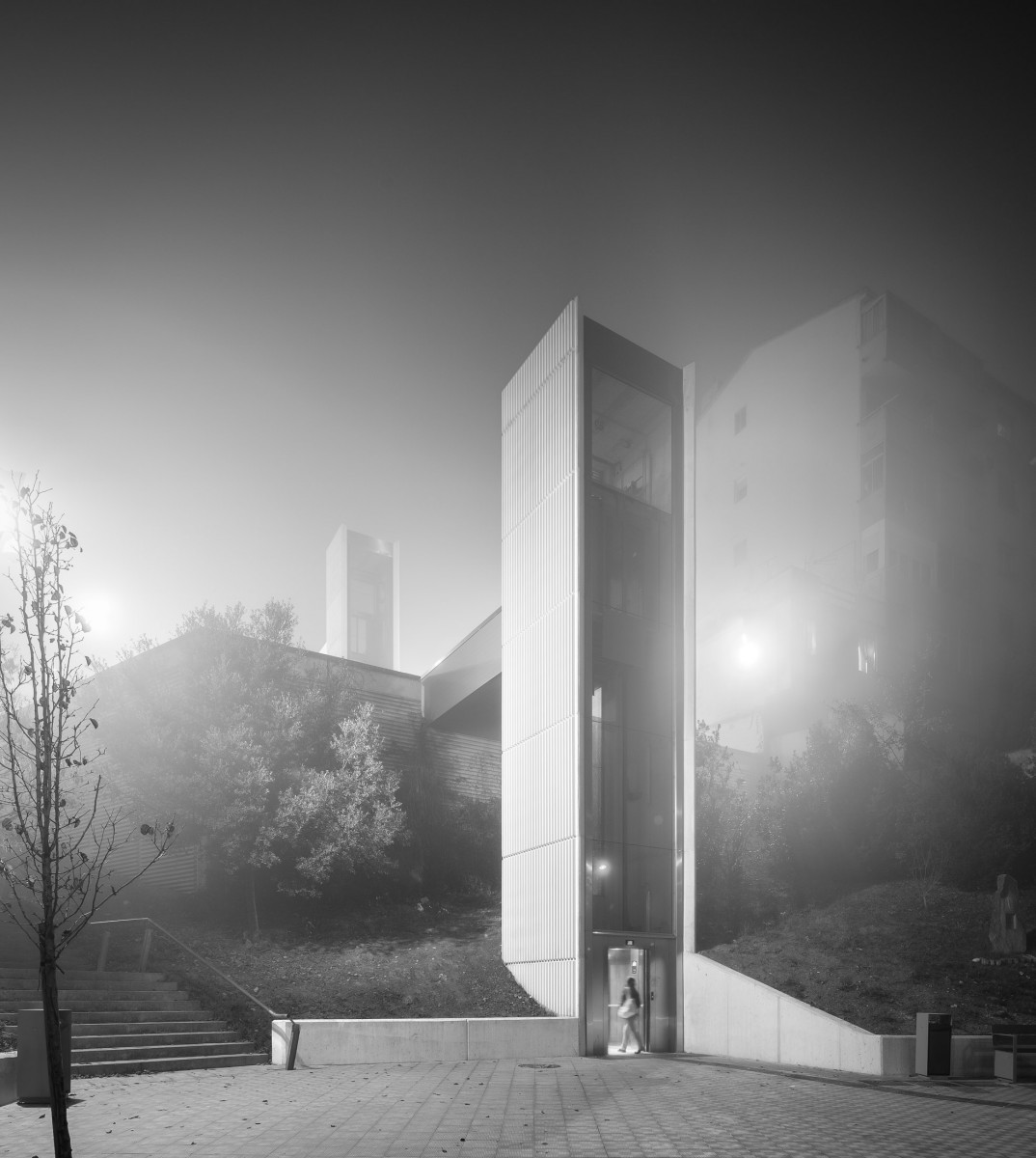 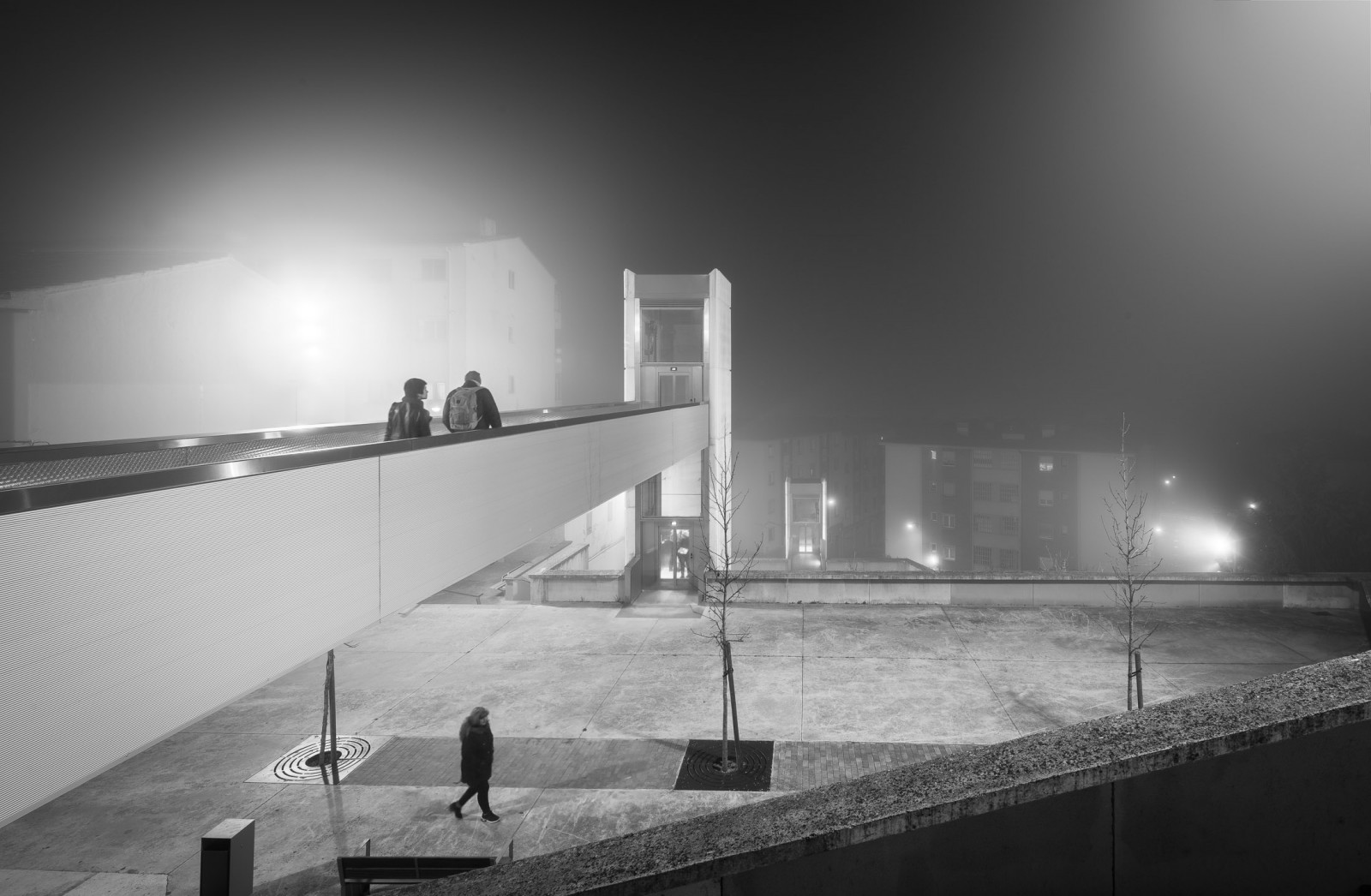 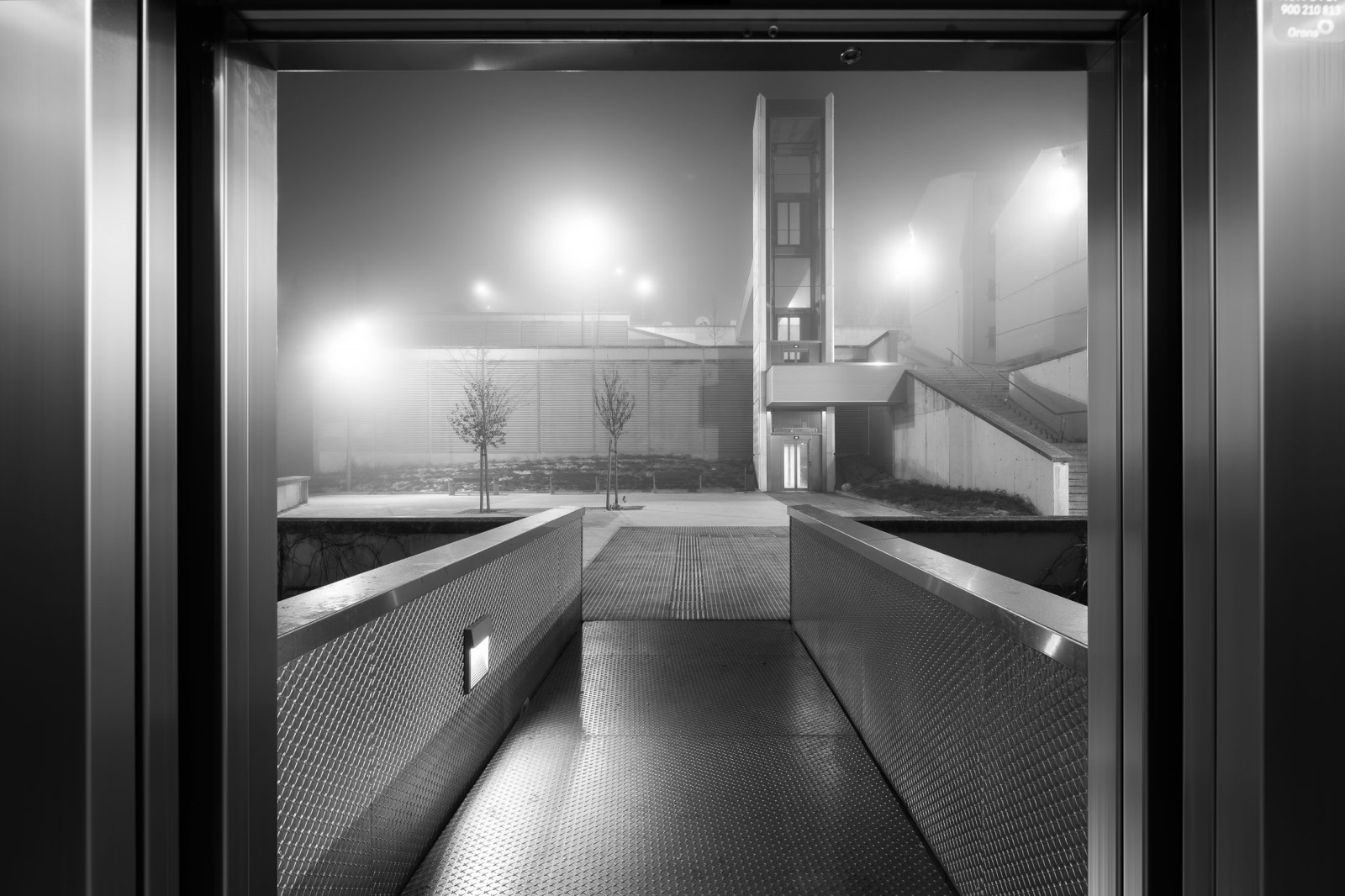 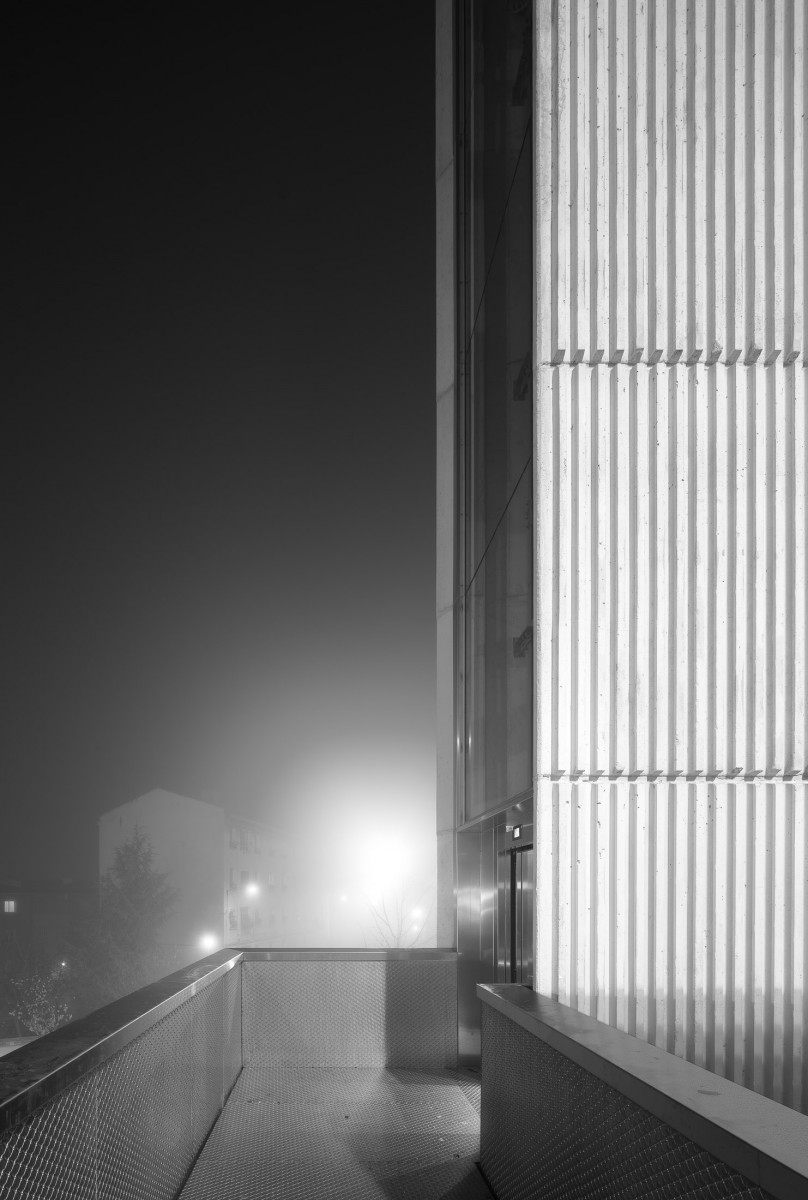 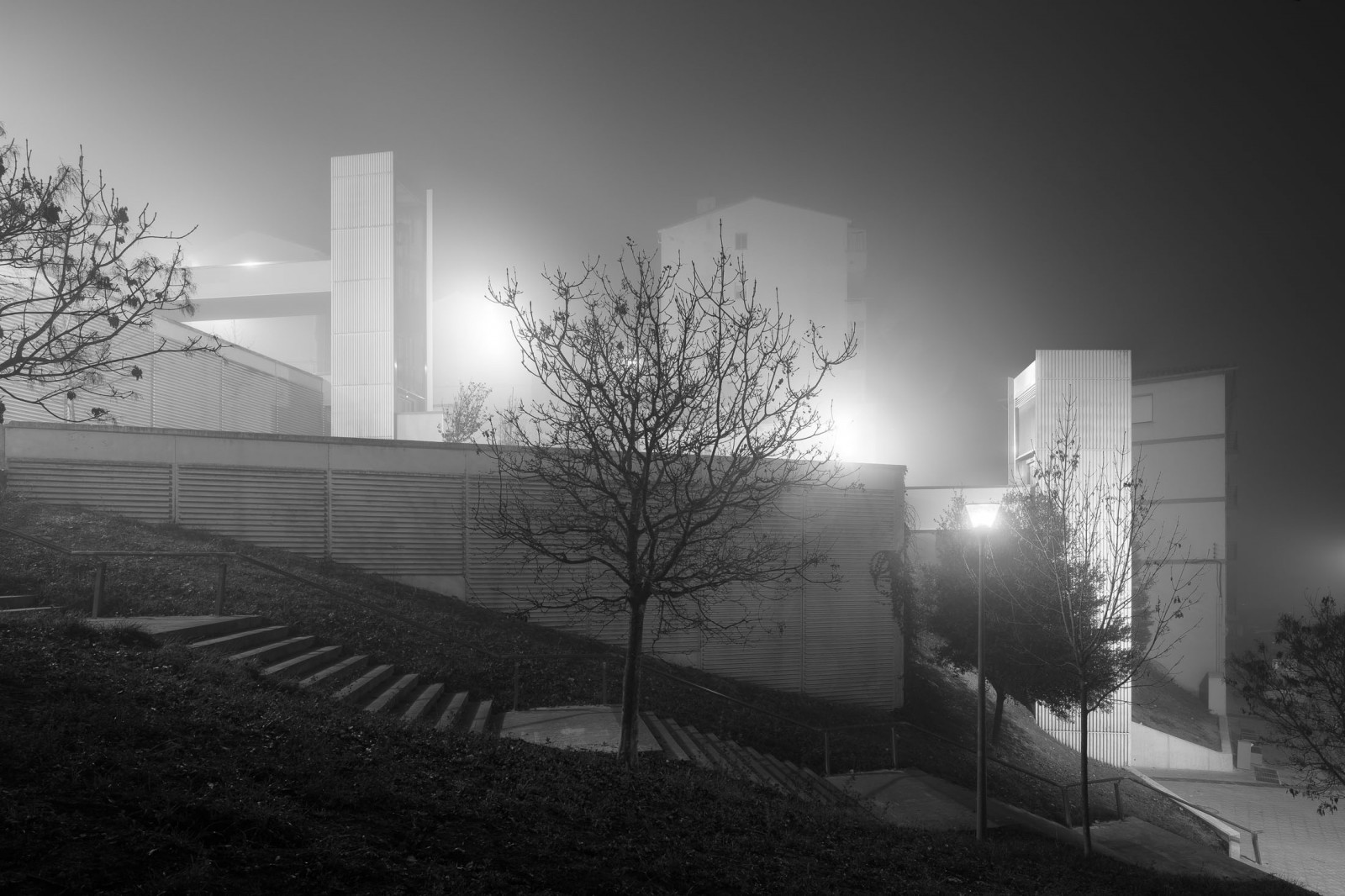 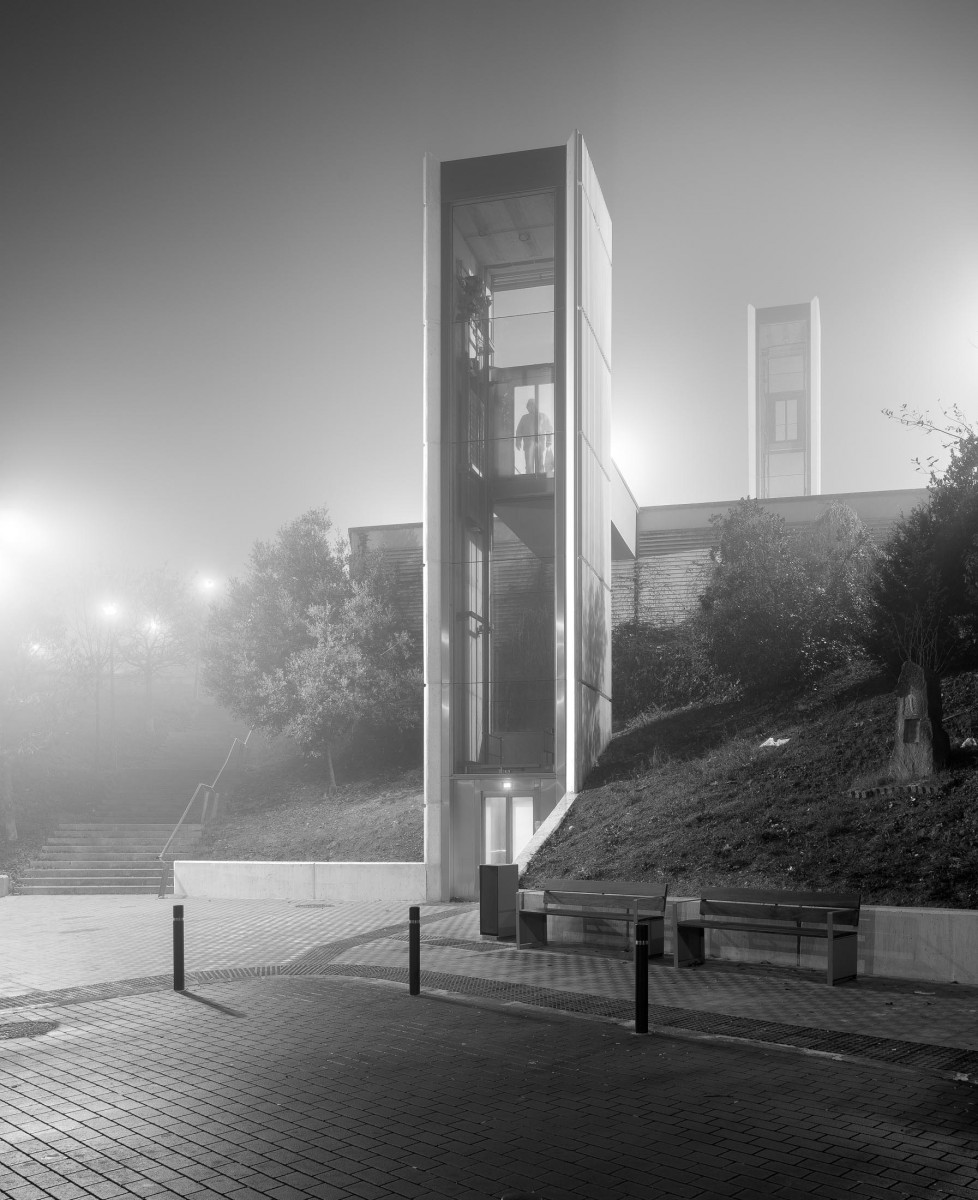 The protagonists of the urban feature are the stepping walls that are extended in the elevator panels, robust and significant elements that hold a long metallic walkway

The protagonists of the urban feature are the stepping walls that are extended in the elevator panels, robust and significant elements that hold a long metallic walkway

The old demands for urban accessibility of the Echavacoiz neighborhood with the rest of Pamplona was one of the main objectives of this project that also creates a pedestrian link with the  University campus  giving continuity to the upper promenade with the lower Elorz river walkway. A mixed intervention of ramps and elevators that ties marginal public spaces increasing the mobility of pedestrians and cyclists to endow the area with an element of identity.

Due to its topographic configuration, with a drop of approximately 30 meters, the environment of Concepción Benítez Street presents a series of architectural barriers that prevent and hinder the movement of people living in a group of 630 homes from the sixties arranged on different platforms. The approximately 1,745 inhabitants who live there have had long-standing problems when making their daily movements or accessing public transport, the health centre or making basic purchases.

The design is not only focused on the arrangement of two vertical communication elements and several walkways but also seeks to enhance the possibilities offered by former marginal terraces as a meeting point, as a community space where urban furniture and vegetation is arranged to integrate park and city. Both elevators have the same design and image to fit themselves in the landscape in an apparently random way but suggesting a diagonal path that zigzags between prefabricated concrete walls and small areas to stay and walk. The presence of these vertical elements does not want to impose itself, nor alter the image of the area, but rather dialogue with the place and serve as visual references for users.

The project bets on the simplicity of all its elements, freeing them from any formula that implies an excess of formalities or multiple construction details. The protagonists of the urban feature are the stepping walls that are extended in the elevator panels, robust and significant elements that hold a long metallic walkway.

The accessible path is a mixture of vertical, concrete panels used as a vertical claim with a technological walkway that sets the horizontal counterpoint, a light bridge born in the elevator glass facade which finds new support in the old precast walls.

The sober and inclusive urban intervention gives vitality to the area, new views during the day and new lighting during the night, and strengthens mobility between up and down housing, facilitating cross movements too. The vertical elements seem to emerge from the past, from the previous urban design features, from the green space and from the prefabricated walls. On the contrary, the cabins and walkways are presented as technological elements that endow the place with future aspirations.